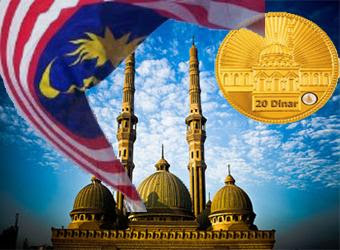 Despite much complain on the domestic side with regard to New Economic Model, Idris's shock PR of Pemandu's Subsidy Rationalisation plan, and the rather hodgepodge Tenth Malaysia Plan, there is another bright note coming out of Malaysia.

While this blog has no qualms of being critical and at times sceptical, credit should be given where is due. A confidence building event is worth mentioning.

In the midst of a shaky international debt market arising from the default by Greece, problems in the Middle East market, and an emerging debt problem in Europe, the recent bond benchmarking issue by Malaysia was a successful one.

Malaysia is in no need to raise bonds since local money market is sufficiently liquid for local financing needs.

The recent issuance of US$1.25 billion global Sukuk Bond as a test marketing exercise attracted some 270 investors from around the world.

It serves to put a benchmark value to Malaysia's sovereign bond and in turn, for comparative valuation to Malaysian corporate bonds.

It would be useful in attracting investment into local bond market - both foreign floated sovereign and private debt papers - to raise fund for the Tenth Malaysia Plan and much awaited economic recovery.

Not only do Malaysia need sovereign bonds, it needs to issue more long term Government Bonds or Malaysian Government Stocks (MGS) to prop up trading in local ringgit bond market.

Most of our MGS are confined to within less than 10 years. We need long end papers of 15-20 years to establish a complete yield curve structure and resolve the valuation distortion in the market.

The high demand for our sukuk bond despite a challenging and volatile international bond market is remarkable and indicative of confidence from foreign investors on Malaysia.

When the book opened on May 27 for final pricing the total demand was for US$6bil or an oversubscription of 6 times. This prompted us to increase the size to US$1.25bil from the original US$1bil,

Standards & Poor (S&P)'s Ratings Services assigned its 'A-' long-term foreign currency issue rating to the global Sukuk trust certificates due in 2015. Malaysia also set a new benchmark with a record low yield of 3.87% for an emerging market sovereign in Asia.

It is the largest US dollar sovereign sukuk to date. With a 3.93% fixed-rate coupon and a yield of 3.87%, it is only the second bond to be issued by an emerging market country in the past five years to yield below 4%.

The rating, Standard & Poor's said in a statement, is based on the final offering memorandum dated May 27, 2010, and various agreements, undertakings and the declaration of trust, dated May 31, 2010.

The rating on the trust certificates of the issuer, 1Malaysia Sukuk Global Bhd (1Malaysia), reflects on Malaysia's strong external liquidity, net external creditor position, and a diversified and competitive economy.

On the downside, the ratings are constrained by sustained fiscal deficits, moderately high and increasing general government net debt and a moderately high level of contingent liabilities.

To quote from Bernama's report, Finance Asia reported that "it wasn't just a lack of new issuance in general that drove investors to buy into the bonds but quite specifically a craving for Malaysian paper.

"Malaysia had not hit the market with a sovereign sukuk since 2002 and the country has only issued international debt three times over the past 10 to 15 years. Therefore the deal presented a strong scarcity value that investors were keen to latch on to."

The country last issued a global bond eight years ago when it raised US$600 million from selling the world's first international sovereign sukuk.

Malaysian corporates and the Ministry of Finance have historically not turned to offshore markets for funding due to the level of domestic liquidity.

After a clearer picture of market pricing of Malaysian International and local papers, the Government and corporation could tap on the local market. Does the Government have such plans?

Idris Jala must be squirmish with the sight of more borrowings. But what does he knows?

He could neither get the nation's debt level right nor differentiate between social services such as education and subsidies. His BCG matrix-like analysis is too simplistic.

And, he is only enriching foreign and crony consulting firms. That to be revealed in a future posting.

"Not only do Malaysia need sovereign bonds, it needs to issue more long term Government Bonds, MGS to prop up the local bond market."

It it's to finance well thought projects which will benefit the Rakyat and ensure long-trem growth and prosperity of our economy, GOOD!

But if it's to finance $8 billion light armoured tanks, $800 million new parliament building, $800 million palaces, $3.7 billion useless submarines with annual maintenance cost of over $300 million etc., then we will like the Western countries continually be trapped in an everlasting cycle of issuing bonds to pay for ever increasing national debts.

Eventually, as in USA, our economy will collapse and we will be reduced to 4th world status!!

There are other costless ways to bechmark our bonds. And was anyone paid a commission and how much for raising this $1.25 billion sukuk everyone says we DON'T NEED??

Take off your accountant hats and cynical citizen cap.

Don't make the stupid political remark about armoured tanks, parliament and submarines. That is out of the subject matter here.

Malaysia used to issue long bond for US$200-500 million back in the 80s for benchmarking.

USD1 billion issue is nothing today. It should be a small issue for today's market.

There are other costless way to benchmark our bond? Like what? Using rulers and tapes .... :)

Still talking the novice trader issue like finance for benefit of rakyat.

Firstly, how else does a Govt fund the deficit between between its planned spending and income, usually due to development expenditure and cost overruns/ overspending in the previous years?

It's through the issuance of Govt guaranteed bonds and papers locally, and where necessary overseas. And we've been doing that for well over 20 years.

And that's why the issues of additional $400 million for palace, $8 billion for tanks and previously unplanned maintenance cost of $400-700 million for subs are relevabt. Where is the govt going to get the money for it?

And as how to benchmark bonds without borrwing money we don't need, here's a tip:

Federal bond issues are coordinated by the central bank. When it's anticipating a new federal bond issue, the central bank first conducts an informal survey about current market conditions and the type of issue investors might prefer. These informal discussions are held with investment dealers, banks and other market participants who have experience with bond issues of the size and type being considered. (For more on central banks, read Are Central Banks?)

Before the details of the new bond issue are decided, several important questions have to be answered. Most importantly, the federal government must determine the precise purpose for the issue. Often, it will relate to a specific capital project being planned by the government - a major new road or bridge, for example. But the purpose can also be something as general as refunding prior debt - that is, paying for past borrowing with new funds that are presumably borrowed at a more favorable interest rate."

Of course, if you are used to tapes and rulers, I have nothing more to say!

Anon, I don't follow you. If these projects are not for th ebenefit of the Rakyat or nation, then why should the Govt bother? And War Bonds? Are we preparing for World War 3?

dpp
we are all of 1race, the Human Race

Continue to read up on bonds but dont mix it with political cynicism, it clouds the discussion.

Issuing bond is one issue and ketirisan is another issues.

I concur with your concern on the istana increase budget.

What about with the RM8 billion tanks? Our defense is not adequuate. Unless you can tell me there is inappropriate pricing, I am all for it.

On the maintenance cost, hmm ... don't think so straight forward and naive la. There is more than midst the eyes.

Go dig up yourself and tell me.

The point here is keep the ketirisan issue aside and bond issue aside. If you wanna campur everything, nothing gets clearer but cloudier.

The $1.2b sukuk was all US$ denominated issues entirely for overseas consumption and so international rules apply, not merely M'sian.

I.e., the final pricing of the issue at US Treasury 5-Year plus 180 basis points with yields touching 3.928 percent were rated by Moody's and S&P, not our M'sian RAM.

As another (no different from what you would do with a bond issue) example of benchmarking without incurring expensive fees is when Astro wanted to price its listing, it approached leading brokers and foreign merchant banks here and in S'pore etc. to get a feel of what they would pay for large blocks of shares. That's why OSK blew it at $5.50 while most settled for much less and the public issue was at $4.90, I think.

This should help on the $8 b tanks.

Yes ... so what? You just learned something new, is it?

What OSK did was to get indicative price. That is not benchmarking, even if it is Tony Pua saying it ...

I used to trade in Bonds before people know about bonds. Was also doing FRNs FRCDs etc.

Tell me something I dont know.