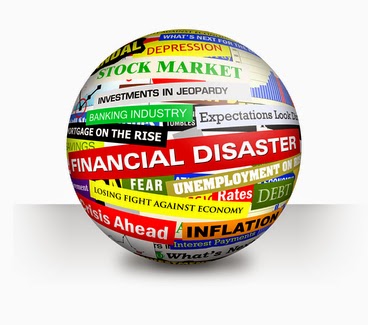 Hold out on politics and the internal squabbles first. Maybe later late afternoon, if we are in the mood..More important, the economy first.

And it is about the revised budget to meet the lower oil and ringgit senario. Just proves critics that PM and government do monitor the situation.

This is a government that has attained some level of maturity after coming to 60 years of independence. How could anyone even think the government is not aware of happening in market and preparing a plan?

"Accused conspirator" Hardev Kaur monitors market and economic indicators around the clock and around the world. How she could be a political conspirator is puzzling?

Received message from Senator Dato Abdil Wahid Omar via our Alumni Whats App. He assured it is not as bad as many thinks and gave tips on how to help our beloved country

Lets not worsen things with politics and inner squables.

With new measures, we expect revised fiscal deficit of 3.2% which is still credible as it is lower than the 3.5% deficit for 2014 and in line with our Fiscal Reform & Consolidation strategy.

2) Lower oil price is generally good for the global economy with The World Bank suggesting a positive impact of 0.5% improvement to global GDP growth.

However, for net oil & gas exporting countries like Malaysia, the impact will be negative despite taking into account the favourable impact on increased demand for Malaysia's manufactured goods & services, improved tourism proceeds & lower cost of production.

3) Another aspect of the economy closely tracked by analysts is whether Malaysia will experience a current account deficit in our Balance of Payments.

The drop in oil price will be partially mitigated by, among others, higher exports of manufactured goods.

Therefore we are still expected to record a current account surplus in 2015 albeit lower at 2-3% of GDP.

We are therefore not expected to experience a twin deficit situation as feared by some analysts.

So overall, Malaysia has taken the right steps to review our economic & fiscal position and outlined the necessary strategies & proactive measures to keep the economy growing in 2015 at a respectable rate of 4.5-5.5%, continue with fiscal reform & consolidation with an acceptable fiscal deficit of 3.2%, sustain a current account surplus position and maintain development expenditure budget of RM48.5b for benefit the people.

What can you do to help this beloved country of ours?

1) Live within your means.

Optimise your expenditure. Keep spending if you can afford it.  Don't borrow if you dont have the capacity to repay.

With the strong dollar, defer your overseas investments. In fact, this is probably a good time to bring back your monies from abroad to realise some gains.

These are challenging times. But we are clear on what we need to do to ride through this period of market volatility. Just follow through & do the right things.

AWO please don't talk cock, MAS was bleeding and screwed nobody make effort to change MAS mismanagement. You are supposed to step into MAS and look into MAS mismanagement, 6 billion ringgit could be save to boost up Malaysian Reserve. No need all this step by step advisory. What kind of bullshitter we have in Malaysia