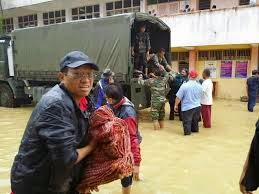 In the thick of the flood tragedy in the east coat, Member of Parliament for Kemaman and Minister of Communication and Multimedia (KKMM), Dato Seri Ahmad Shabery Cheek stands out in the forefront to visit and help the flood victims. It was not merely for photo-op but a honest display of sincerity.

Shabery made his political debut through opposition politics via Parti Melayu Semangat 46. Since joining UMNO and Barisan Nasional, his political career had never been tarnished by any controversies or rumours of corruption. He leads a modest life without any luxury trappings.

It would be a pity to see his good name smeared by his latest appointee for Commissioner of MCMC. 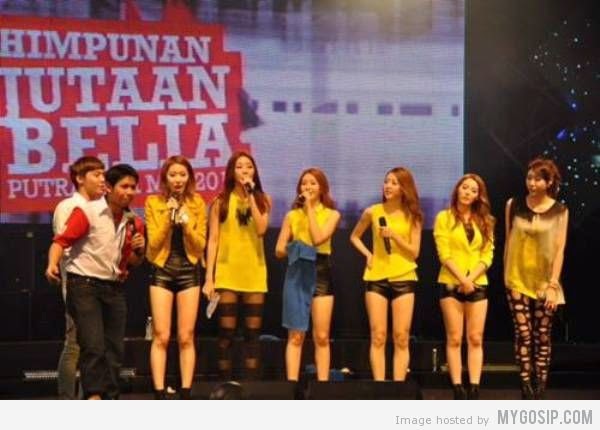 Shabery's latest appointee, Datok Mohid Mohamed, was marred by controversies at his last position as Chief Secretary (KSU) of the Ministry Youth and Sports (KBS) and believed to have several active files under investigation by the MACC.

Remember the controversial spending for the celebration of National Youth Day in 2012 which cost RM10.6 million and came complete with scantily clad k-Pop artistes from South Korea?

Khairy Jamaluddin got blamed for it because it was THE inaugral event for him as Minister for Youth and Sports. However, the blame should have been levied at Mohid as the person who holds the string to the purse.

Mohid was quoted to correct the claim that the k-Pop show only cost the government RM900,000 and not RM2.4 million as alleged by the blog [read this opposition blog here].

Nevertheless, does the KSU not have any sense of guilt for spending such amount when it could better serve the rural youth programs which is lacking in money? 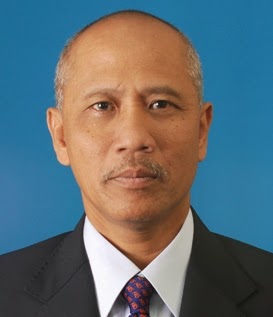 At the Ministry of Youth and Sports, Mohid was alleged to have abused his positions on matter of promotion, transfer of staff, anarchic staffing at KBS and creating illegal spending account [highlighted by opposition blog here].

If the opposition blog may have exaggerate and made up stories to prey on the public ignorance, famous sports writer, Dato Rizal Hashim posted in his blog on June 2013 [read here].

Mohid messed up his given task by Shabery to "restore order amid personal rifts and internal bickering in agencies under KBS' purview".

Rizal linked his posting to an article on an opposition portal Tranung Kite [read here] which also list alleged abuses by Mohid. Established journalist do not give link unless they know something.

Opposition blog could be spinning but it only shows he is in the radar of opposition.

With the opposition championing the grievance of KBS staff and officers, it only serves to swerve KBS staff  support for opposition. That partly explains why many stories and documents inside government is leaking these days.

Does the Minister wish to have staff in the KKMM switch to the opposition too?

One can say that it is the Minister's discretion to appoint anyone deemed capable as MCMC Commissioners and government officers need to get represented.

Previously, the Minister would appoint two of the Ministry's top officials as MCMC Commissioners.

Shabery had appointed the new KSU, Dato Dr Sharifah Zarah and Deputy KSU II, Dato Che Azemi Haron is already the de facto alternate MCMC Commissioner to the KSU. So it is odd that Mohid, who was brought into KKMM as Deputy KSU I, be appointed too.

Shabery was transfered back to KKMM from KBS since May 2013. It negs the question as to why Shabery brought over Mohid to his new Ministry from KBS when it is believed that he has 14 cases under active investigation by MACC?

It will be heartbreaking should squeeky clean Minister like Shabery be associated and God forbid, be thought to be in collusion with a questionable character like Mohid.

It does not matter that he hails from Batu Pahat Johor.

With this blog posting here describing Mohid as "Duit! Duit beb!', and being tracked by a corruption watchdog website here, the responsibility of fund for public infrastructure could not be entrusted to personality like him.

Why is Mr Clean Shabery risking it?

MCMC spend RM1.3-1.4 billion of the USP fund contributed by telcos annually for telecommunication infrastructure. This blog had exposed years ago of then Minister, Dato Dr Rais Yatim abuse of the fund for something unrelated to infrastructure for populist program.

Many characters have been eyeing the several billion USP Fund.

Hopefully, Mohid is not taken into MCMC and KKMM so that he could easily "cooperate"?

During the press conference, they fumble and stumble on their statement and refuse any Q&A. It only show they do not know WTF they are talking and merely reading their written for press statement. 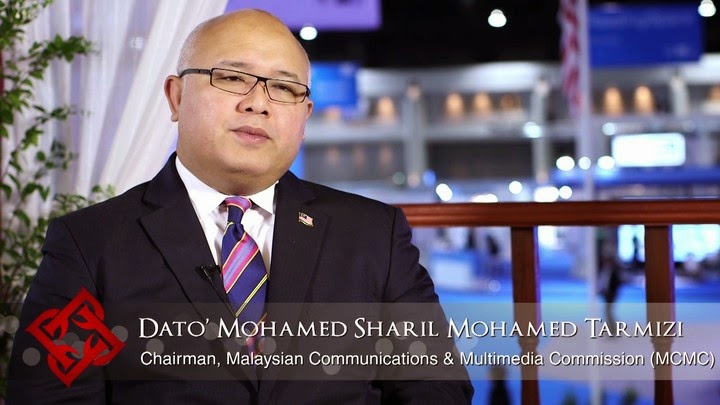 Their modus operandi has similarity to the way former Terengganu MB, Dato Md Said was removed.

Sharil's contract is not due till next year. He was cold storaged by Rais for a year when he was reassigned as adviser to Minister for the purpose of, to quote Rais, "tumpulkan kukunya." Then he was given another offer letter that is only due to end next year.

Off late, many had blamed Sharil for not taking drastic action against the many slander and seditous statements that had gone viral on the social media, primarily Facebook.

However, it is not so easy.

The reason is MCMC's emphasis now is on development and not enforcement work. Though empowered to do so, it has only 8 staff for that purpose. Enforcement need a different skillset and exposure. They are undertaking the traning and that will take time.

Is he to blame or JPA or the Board of Commissioner?

Several months ago, Sheril was "accused" by a former independent MP for alleged corruption. However, it turned out that the information and proofs in his allegations are incomplete.

That is not the first time Sheril was accused and rumours of him taking a bite at the cherry had been circulating. It gave the allegation by the former MP some traction but no proof or complete story had ever surface.

Wonder how high up is the likes of Azwandin and Rani Kulop linked to?

Yes Shabery Cheek should rescind the appointment of the new head of MCMC or run a risk of more Melayu voting the opposition. What's wrong with our politicians still taking us for granted.
Tarnished civil servant should be charged and jailed.