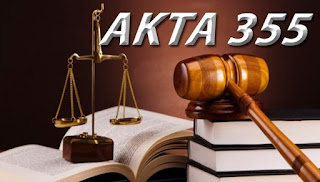 It was due for tabling in Parliament for yesterday, Thursday November 24th but postphoned for changes.

The motion to the amendment by Hadi is to empower the state legislative to impose penalities allowed under syariah law except the death penality. This was interpreted by non-Muslims and liberal NGOs as making way for Hudud and Qisas. Social media made a propaganda to called it a hudud bill.

Islamic institutions disagreed and denied it is so and to open the way for Kelantan to commence Hudud law. Deputy Minister in the PM’s Department, Datuk Dr Asyraf Wajdi Dusuki explained in The Star in Jun 2016 here. 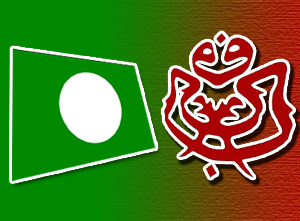 Under Tun Dr Mahathir administration, Act 355 was amended in 1988 without much opposition from within and without BN. This time around it became controversial for political and social reasons.

Noticeably, Mahathir is now silent as he tries to court PAS. He has been more open with his liberal stance on Islam to reach out to Marina's friends among liberal NGOs and G25 for political support.

A glimpse of Mahathir's Islam Luberal tendency lies in his past argument to question the many interpretations of Islamic practises and blaming ulamak as authority and interpretor of Islam for the divisiveness. Something similar with the weird and feisty lawyer Siti Kassim.

The leeway given to public dissent during Tun Abdullah administration openned up Islamic institutions and traditional practises to criticism. Non-Muslims NGOs seek for their rights to proselytise Muslims. Liberal Muslims demand more liberal legal and theological interpretation, including Muslims' right to convert out of Islam.

The private bill by Hadi was seen as PAS pursuing Hudud after getting UMNO state assemblymen support for their Hudud bill at the Kelantan State Assembly in 2015.

During the life of the late PAS's Mursyidul Am, Allahyarham Dato Nik Aziz Nik Mat, Hudud had become a crying call of PAS to gain political support. It had always been used as political weapon against the more traditional Malay UMNO and anglophile leaning of it's ruling elites.

The UMNO reply was to question PAS for not implementing Hudud after getting it passed in the Kelantan state assembly in 1984 and claimed Hudud is merely a political weapon. 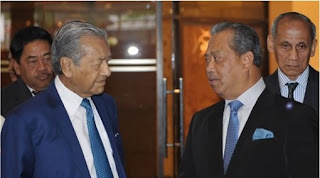 Politically, private bill could be PAS testing UMNO's commitment for Hudud. Several amendments to the Federal Constitutions need to be done before Kelantan can implement Hudud. So sterner penalities and sentences for syariah criminal offenses could be test.

As far as RUU 355, BN's fixed deposit in Sabah and Sarawak, including Sabah UMNO is clearly opposing it. So do MCA, MIC, Gerakan and many others.

DAP opposed anything to do with Islam. Since independence, they are against the social contract. However, some political observer see the quarrel against each other between PAS and DAP as necessary to maintain support from their own supporters.

PKR and Amanah is against it but it is a bit more complex. Wan Azizah is clearly against it but Azmin need to maintain his relationship with PAS Selangor to remain as MB.

As former PAS member that supported Hudud, Amanah camouflaged their opposition by proposing something they claim as better and intentionally made their motion in Parliament be rejected by the Speaker.

PPBM is not clear as the Chairman and President are playing Good Cop Bad Cop. 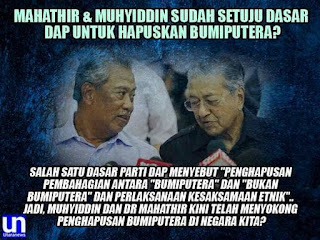 Mahathir wants to join Pakatan Harapan and agree with the condition set, but Tan Sri Muhyiddin suddenly has second thoughts. Most likely, Mahathir is against RUU 355 but UMNO-totok Muhyiddin could be for RUU 355 to win PAS heart.

PAS leaders mentioned any coalition partner should support RUU 355. PPBM is in a damn if I do and damn if I don't situation. They need partners and realised only way to dethrone Najib is with a one on one fught.

It will get difficult with Dato Ibrahim Ali announcement that Perkasa is not pro-Najib but putting independent candidates against PAS and PH candidates in Malay areas.

There is an interesting exchange of words between Mahathir and Ibrahim. Will it prolong? 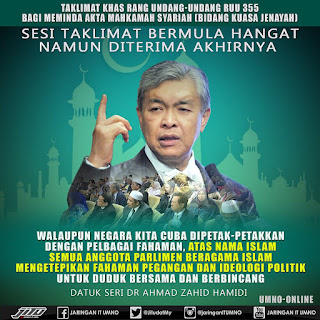 UMNO Information Chief hinted to some form of coalition with PAS. The mention of cooperation between UMNO and PAS have been repeatedly mentioned by both sides of this Malay political divide.

Recently PAS leader denied any coalition with UMNO. PPBM is hoping to seize on that opportunity and trying hard to make public believe they are almost there.

But PAS is also clear to not be in coalition with any group cooperating with DAP.

Interesting time buying game by PAS as they are more behave without the Erdogan in winning the hearts and minds of Malay rural voters.

Every other political parties are in a dilemma, directly or indirectly, with PAS's private bill but none more than UMNO.

On Wednesday night, before Hadi tabling of the bill on Thursday, Deputy Prime Minister and BN Chief Whip, Dato Zahid Hamidi requested all Muslim MPs for a briefing on the Act 355.

It was heated but at the end, it was reported as calm and claimed to have got a consensual understanding that it is not meant for hudud and only for syariah court law.

It was deft touch of diplomacy by Zahid. Though attempted as to spin as short relief, Kelana Jaya MP, Wong Chen complimented Zahid's ability to diffuse the situation. Diplomacy is always a good policy than quarrelsome and lying loud mouth.

Hadi announced to Parliament that he will change the proposed amendment and table it for the next Parliamentary seating. It is believed to limit certain penalties to dispel any misunderstanding that it will lead towards Hudud.

Unless PAS still want to be politically naughty, it should be a possible solution for a happy ending.

Tan Sri Adenan Satem acknowledged that RUU 355 is not Hudud but maintain their stance to oppose. Take cognizance that Sarawak is not a majority Islamic state and PBB is a mixed party of Muslim and non-Muslim Pribumi. Federal government respected Sarawak's position.

Not a bodoh ending there.

Wong Chen may be right to say it will always be volatile. MCA is insistent to oppose RUU 355. If DAP is adamant to oppose, MCA have no choice but to oppose. PAS had warned DAP to not interfere in Islamic matter and it should be meant for MCA too.

Not all UMNO Semenanjong MP agree. For one, Dato Nazri Aziz initially disagree with RUU 355. His latest stance is to give PAS a chance.

President Dato Liow had offer to resign as Minister if the RUU is passed. He has to maintain that position or be called weak. Though explained by Ashraf, Liow used as caveat to argue it is government that should propose the bill and not PAS.

Government may do so. Hadi said he will change the amendment in consultation with "Kerajaan Pusat".

It looks UMNO and PAS were able to negotiate around the politics and inter-faith strife the liberals and their foreign covert op handlers are waiting to happen for Malaysia. [Read Maszlee Malik here.] How long before another IFC or Islamist demand or MCCHBS controversial statement?

If only it was communicated well by Zahid's team. 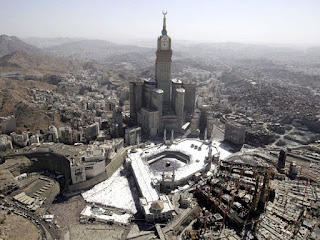 As far as our personal view on this episode, entahlah ....

To say we are liberal on matter of religion, particularly Islam, we are not and we oppose to the deviant Islam Liberal thinking of Sister in Islam, Marina Mahathir and her coterie of friends.

But to say we are for Islamic state and the institutionalising of Islam, we are not exactly so. We dare not say we oppose the teaching of Islam and words of Quran. However, it is often wrongly interpreted literally.

Too often the more important aspect of individual spirituality is lost in the formality and bureucrasy of Islamic administration. It is not fair and justice to have laws applied differently for Muslims and Non-Muslims. Frankly, it is of no consequence to us because we do not commit those syariah offenses.

There are scholars, those tend to be literalist, claimed Islamic state or Islamic banking or almost anything claimed as Islamic are not mentioned in Quran. However, we do need to elevate Islam to be progressive and in tune with the time.

What is in abundant in Quran is Allah telling Muslims to be individually good, conduct oneself with proper behaviour and manner, and be moral and ethical in our personal affairs. All these are manifestation of internal spirituality. It is relevant till the end of time.

Often a time, Malays tend to think that anything Arabic as Islamic. Upon their return from Haj, they wear kopiah and jubah to display their heightened spirituality. Islam is not about being Arabic.

By right, we should be calling Islamic banking as free riba or interest free banking. Save us the convoluted terms like Murabahah, Murakahah and Musyarakah. What is so Islamically ethical and pure to have Jho Loh and Goldman Sach structure a Sukuk bond?

We are against over Islamisation in schools. What constitute "over Islamisation" have to be defined but it is ridiculous to see the public walls of national school meant for all race and religion filled with quotations from Quran and Hadith. National school is not a Maahad or Tahfiz or sekolah pondok.

It makes no sense for MRSM to impose on students to complete reading of the whole Quran or khatam Quran to get their school leave certificate. MRSM is an affirmative action to uplift poor Bumiputera students competency in Science and Maths. Spiritual education is important but why make it compulsory to khatam the Quran?

Dare you to tell to UMNO's face