Before Pakatan Rakyat turn it into an issue [Latest] 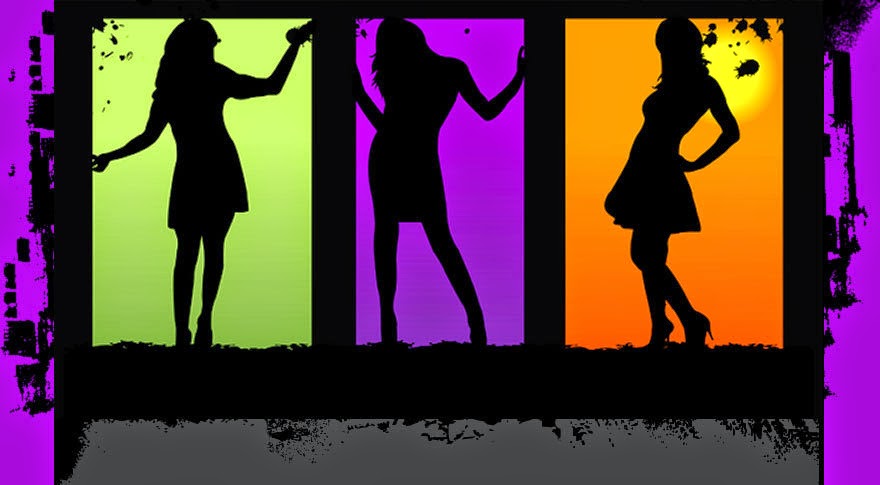 At one time, this blog was carrying stories and series of a corrupt mamak Minister.

Not too long back, there was a tip-off that one mamak government high official took bribe for the  construction of university campusses but got himself promoted.

It sounded similar to the stories of the first Director for ESSCOM whose name suddenly disappeared from the public. He was an Immigration high officials who was heard to be charged for corruption but ended up inappropriately promoted by someone high up in Home Ministry.

Yesterday one former MP tipped us off  to a website which exposed the naughty side of another mamak government high official. Usually we would not give a damn to a person's sleezy private life  but since it involved a high government official, it could lead to other implications.

Before Pakatan Rakyat take it up as an issue and gain political mileage as though the person is a political figure, we might as well raise it.

The opposition are creative at spinning yarn of lies and slanders to implicate the Prime Minister. By first raising it, they can't take credit for it and it is a pre-emptive move to clean up the ruling party  and the government machinery under it.

According one anonymous blog magstadium here, this mamak KSU of an important Ministry have been indulging in what was described as "rewang" with woman during the month of Ramadhan.

Rewang is a javanese word for gotong royng or community event to undertake community work together like cleaning up drainage, rubbish, weeds etc. The context the blog writer meant must be indulging himself with woman.

A picture of himin the company of woman at Bangsar Shopping Complex was posted. Off course, not much was divulged yet but quite sure there is more to come.

Usually we do not put up such salacious gossips unless there is something sure. However, we are helping to highlight this posting based on the trust to this BN supporting former YB.

Woman, money and liquor are the major vices of men. Men of power an influence could succumbed themselves to these vices to the extent of compromising their professionalism, personal integrity and family.

It could could lead to other revelation so we link the posting.

Off late, there have been many stories in the manipulation of tenders at MoF level done by civil servants that are supposed to do technical assessment and/or proposal evaluation by it is conveniently used to bypass the cheapest pricing proposed.

Many such examples have been exposed in this blog.

Our intention is simply for his superior to look up on the allegation against the KSU's "rewang" activities to ensure that it got nothing to do with exchange of favours.

Sometimes women are used as entrapment to blackmail into carrying out a certain instruction. The KSU position cannot be compromised.

In the meanwhile, wait for future posting. Hopefully there is a logical story and proof. Then PM has to instruct the relevant authorities and enforcement agencies to step in.

By how do one discipline someone so high ranking as a KSU?

An anonymous commentator left the following message at 1:20 PM:

But dropping or removing posting we never do. Our practise is to claify or amend or publish a response and that has helped our reputation all these while.

So YB, it needs more for the blogger's allegation to stick.

Don't you recognise the girl in side the picture. She is Low Ngai Yuen la..The head NGO for Kakiseni. (she was the host for popular 3R programme. She's married with 3 children).

The actual story is, this KSU was attending a buka puasa event organised by a group of NGO (Entrepreneurship & Start-up). This picture was taken at the BSC main entrance while waiting for his driver to fetch him up. Since Yuen was also heading to the same area, while waiting, they have a chat together. Fyi there was also another people from their group near them but purposely, somebody just take this KSU and Yuen picture.

And this blog was created with one posting only to defame the KSU.

p/s: Why I can explain all this?? Because I was there. And as I have worked with this KSU for so long, I know he is not that kind of person..

This site is like Malaysiakini, drop and allegation and kononnya to clarify with response

You can also check out Vineria at BSC, it's a bit hidden so it's a good joint for certain VIPs to have a sip of wine ;)

Habibul, who is close to Umno and the Prime Minister's Office, sits on the board of several companies, including Group Lotus PLC, which is owned by Proton Bhd, Felda Global Venture Bhd's Twin River Technologies Holdings Inc, and in March, was named to the board of the London-based Petronas Energy Trading Limited.
The other owners of Fuelsub are HKS Primatrix Sdn Bhd, which is also owned by Habibul, and his brother Zaid Kadershah, a telecommunications senior executive.

Their presence in the project is said to be causing disquiet among some quarters in Umno and pro-government bloggers, who called for transparency in the project to plug leaks in the subsidy programme.

I really don't understand why this National Fuel Subsidy has become a hot topic when actually MOF had spent millions of ringgit doing the same thing in January 2009. Maybank was contracted by MOF to handle NFS and the now Honourable Minister in PMO who was formerly the CEO of Maybank was deeply involved in NFS way back 2009. Maybank has sub contracted NFS to a credible Malaysian company to develop fuel subsidy system and 'Proof of Concept' was successful and done in Petronas petrol station in Precint 13, Putrajaya and implementation was ready to roll out.

But Govt. decided not to go ahead with the implementation for reasons known to the authority or maybe because of pending General Election and Govt was afraid it may not be the right time to implement it. Its actually a noble effort but unpopular with certain groups of people. When I say noble, it means only those eligible will get the benefit of subsidy unlike now the rich are enjoying it most. The poor only have motorbikes or maybe a Kancil. Fearing the Opposition may use it to score if it was spin to their benefit which was a strong possibility at that time.

So Govt. decided to shelved it and paid Maybank in full for the contract and Maybank paid the local company for system development cost as well as all hardware and devices supplied.

Now the NFS system is in MOF shelf under the custodian of then Dato Aziah of MOF (do not know whether already retired or not). The hardware and devices are distributed to JPJ, Police, other depts to use for enforcement duties because these devices had to be put to good use since the Govt had paid many millions of ringgit for it.

My question is why spend another RM180-200 million for another National Fuel Subsidy system ? Why not use the ready system (which may need some modification or customisation) which now is owned by MOF ? Why not use the system which was already approved by MOF in 2010 ? Why not revisit the last system and see whether it is still relevant which I believe it is still relevant ? Why spend money on company which do not have the technical know how ?

So for the benefit of our beloved nation and putting good money to good use, why spend more money for something we've already spent. May I suggest to the Honourable KSP, please sir, check your shelves in MOF, there is a complete NFS system kept somewhere. If its still available then it can be implemented almost immediately.