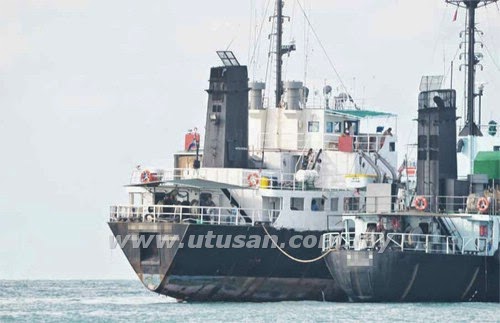 Except for the Thai ship captain, the other two captains admitted guilt and will pay fines of RM100,000 failing which they will face a one month prison term. The ship and goods are confiscated by the Malaysian government..

Thai captain, Pan Bunk Long will face trial for being on board of his ship MT Inter which allegedly had in possession of  RM3.3 million of subsidised fuel. He is required to put up a bond of RM60,000 with two Malaysian guarantors. Passport is kept in possession of the Malaysian government..

Trial date is due on August 12th and he will be required to report to a determined police station every two months.

Another four ship captains will be charged today at the Kota Tinggi session court.

These charges signal seriousness on the part of the Malaysian government to address the financial leakage arising from smuggling of subsidised fuel and eventually other controlled items to smuggling activities.

It dispel the scepticism by certain quarters that there will be no charges made.

Congratulations to the efforts involving Police, Special Branch, KPDNKK Putrajaya, MACC, and other agencies under the watchful eyes of Attorney General Office.

Sources said state KPDNKK was not involved and trusted upon to be invited into the joint effort. 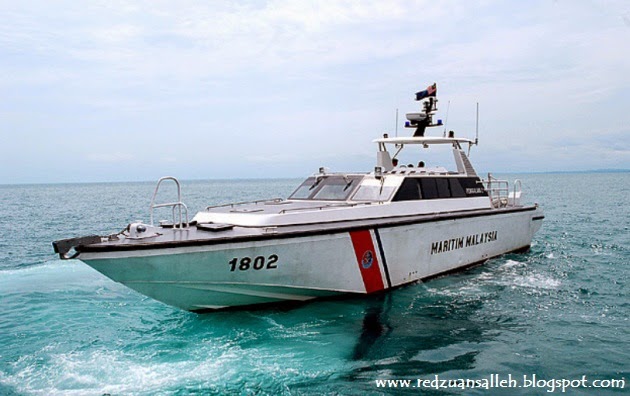 Already in a hot seat for the Mabul incident, Agensi Penguatkuasaan Maritim Malaysia (APMM) was also not brought into the operations.

APMM officials are suspected of collaborating with smugglers by watching the other way. Illegal transfer of diesel done openly at jetties are ignored.

APMM was established as a one stop marine agency to takeover the role and assets of Marine Police.  and given wide ranging power similar to police, immigration, customs, marine department etc. However, they failed to curb the problems blamed on weakness of police and other agencies.

It was believed it was a PTD mafia move initiated by former Home Ministry KSU Tan Sri Aseh Cik Mat and former KSN Tan Sri Sidek Hasan in a power play to curb the power of police.

APMM have proven to not be responsible and masters in the blame game.

In the latest statement issued by APMM, they blame the Marine Police for the death and abduction of policemen on their territory but refuse to be responsible for easy entry of the Suluk intruders into their waters.

The statement accused Marine Police for the poor state of asset thus for their ineffectiveness. However, it was not logical since Police Marine have been using the same asset without any repeated violent intrusions into Sabah, save for smuggling activities.

Suspicion is some PTD mafioso was trying to make a buck from purchase of new assets.

Sources claim APMM patrols have oftenly been far in between that intruders and smugglers can sense their presence. As soon as the abducted police is release, this blog will reveal a shameful incident in the Mabul intrusion.

Leakage of subsidised fuel had risen sharply from 2010 when fuel subsidy rose from below RM10 biillion in 2010 to reach more than RM25 billion in 2012.

The public should monitor whether the Ops Titik under the suspiciously corrupt KPDNKK's Enforcement Division will lead to any charges made. Be ready for token effort to get publicity but the prosecution will fall short to a conviction.


The remaining smuggling syndicates are still much at large and the war against smugglers is still on-going.

The smuggling syndicates have hired tonto thugs to trail enforcement agencies in order to alert the syndicate operatives. They are being paid RM200 a night.

Few nights ago, tonto have blocked the path of enforcement officers. Three were apprehended and charged under Penal Code 323 and 324 for obstructing a government officer from carrying out their duties. They willingly admit guilty and paid fines of RM2,000 each.

It shows the profit from a night's work is far more profitable than the cost of paying the fines and maybe bonuses to the tonto thugs.


Politically, they have got DAP to heighten campaign against Petronas's Rapid Pengerang and ignoring the fact that their cover and intention are blown open.

Johor waters is infested with smugglers. Not only notorious for human trafficking of Indonesian labourers, subsidised diesel, kretek cigarettes, sugar, cooking oil, and flour are continously being smuggled to Indonesia.

In some cases, frozen meat have been found on these smugglers' boat to Indonesia.

Good that the Captains are charged, but what about those Malaysians who facilitated the smuggling.

I want to see the Malaysian heads roll more than the foreigners. The local traitors ought to get maximum jail sentence.

RM100K fines are peanuts compare to the millions they have already stolen.

At where there is reaction it must follow with action. Our gomen made it. One thing, stringent penalties must be imposed. Smugglers must pay and charge according to their bad behavior. Hope gomen will increase to the maximum charge. This will help to ease the immoral activities.

Just announced, PM Najib imposed charges for vehicles entering Malaysia from Singapore. Hope he does the same on Thailand border. KLIA Airport on certain cargos. For the start its good for GST. Price hike ? Be it on stringent control. The system must syncronise.

Thats been a lot of loopholes. Cekap, Bersih, Amanah must keep it alive. Its for the sake of fellow irresponsible malaysians too. Stir up ' perpaduan and harmoni' - they must answer ! Playing with racial and religious uncalled activities - they have to answer too ! Since there are no more abideable laws exist - we need to form a body like Suruhanjaya Di Raja ( comprises of all respectable individuals( religious matter inclusive) by different parties to emulate. This is in form of advisory board that when the matter is getting serious (like rayer celaka!) after unacceptable manipulations, this body is capable to proceed on law charges.

Absurd ? In proper order its not childish after all. Its 'reformation' indeed for our coloful needs... for our future one-generations...