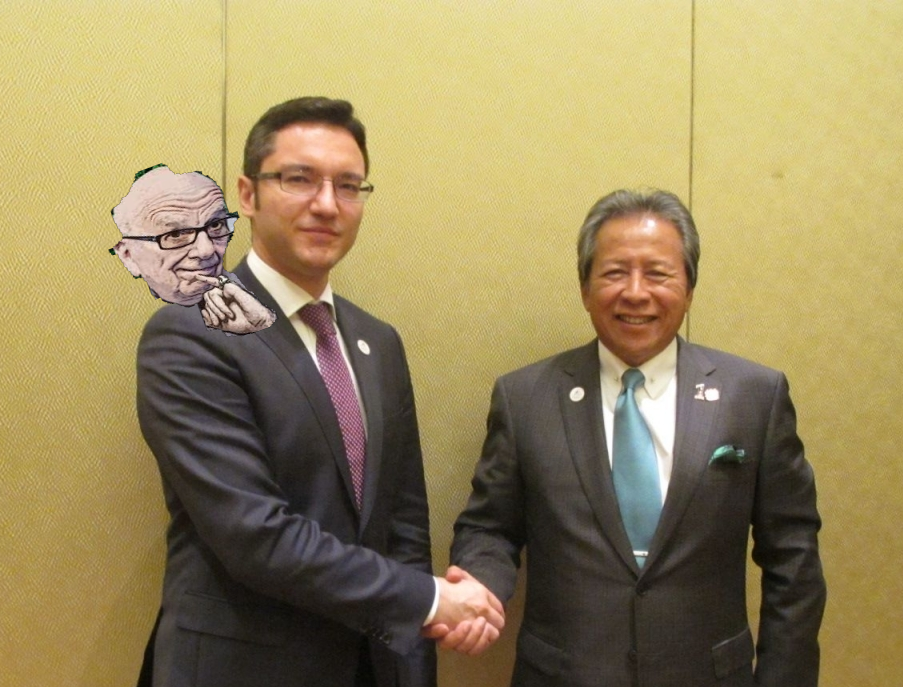 The concerned diplomat, Muhammad Rizalman bin Ismail, is a a defense attache from MINDEF at the Malaysian High Commission in Wellington. He was brought to New Zealand court in May but seek diplomatic immunity and had returned to Malaysia.

Until a decision by the court or the result of an official enquiry made, the initial reaction to allegation of burglary as reported by New Zealand media seemed far fetched.

New Zealand is a country practically neighbouring Robert Murdoch's Australia which is reknown for it's underhanded and sensationalised journalism. They seem to be doing a typical "Rupert Murdoch" style of media slandering on Malaysia.

For instance, the media with politicians suspiciously in cohoot made allegation that Malaysian government refused to waive diplomatic immunity from prosecution and brought the concerned diplomat home. [Read MI report in MSN here]

When spinned in that manner, the natural public reaction will certainly be an outcry as it tantamount to abusing diplomatic immunity. The public is also upset with the gag order by the court that resulted with the case went unreported till the weekend.

The New Zealand Herald wrote an editorial demanding the name and diplomat's nation revealed [read here]. They may have manipulated comment by British High Commissioner to New Zealand, Vicki Treadell to send the message that Malaysia should not use diplomatic immunity to cover-up criminal acts. [Read here]

Under public pressure and criticism from opposition party, New Zealand's Minister in the Ministry of Foreign Affair and Trade (MFAT), Murray McCully turned on their own words to his Malaysian counterpart, Dato Anifah Aman.

McCully attempt to pander to public opinion went to the extent of issuing warning to the Malaysian government [Read MSN report here and Gulfnews here].

He was also reported by New Zealand media to demand the diplomat's identity and country revealed. 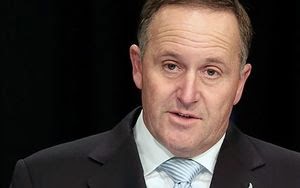 Earlier Monday, Prime Minister John Key and McCully was reported to have told New Zealand media that the New Zealand Government are seeking for the extradiction of the diplomat to face trial in New Zealand. [Read MI's report in MSN here]

McCully said the MFAT had formally requested that his right to diplomatic immunity be waived and the New Zealand government had taken all possible steps to prosecute him in New Zealand.

Malaysia was used as political scapegoat and diversion to cover-up accusation by their opposition that the New Zealand government shrugged off from their responsibility by allowing the diplomat to return and be dealt with by the Malaysian government. 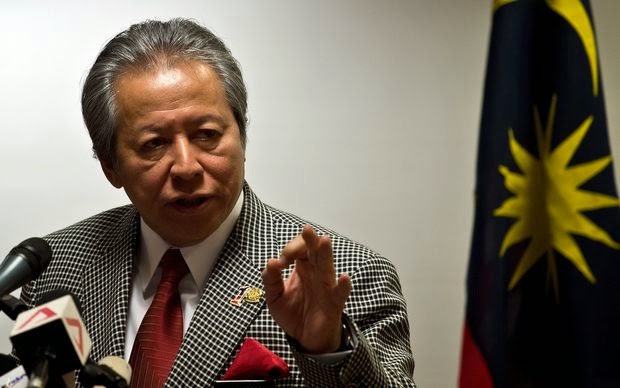 There is some truth but the Malaysian government was prepared to waive immunity. However, it was the New Zealand government that offered the option for diplomat to return to Malaysia. Radio New Zealand report here.

In addition, Anifah agreed to have the accused sent back to New Zealand “if it is absolutely necessary” i.e. if New Zealand requests it or if its government thinks the Malaysian investigation is not being conducted properly.

MFAT attempted to dispute Anifah's statement by revealing a letter from the Malaysian High Commission dated May 21st which seek New Zealand police to close the case and withdraw charges. MyKMU, who is of the opinion that Wisma Putera should have taken a simple and clearer stance, provided link to the letter given by the New Zealand government. [Read here]

In contrary to MyKMU's view, their presumption could be wrong. Foreign relation and diplomacy is not so simplistic.

The latest report from Radion New Zealand released this morning reported McCully admitted that he failed to send sent the right message and apologised for his ambiguity. [Read the report here.] 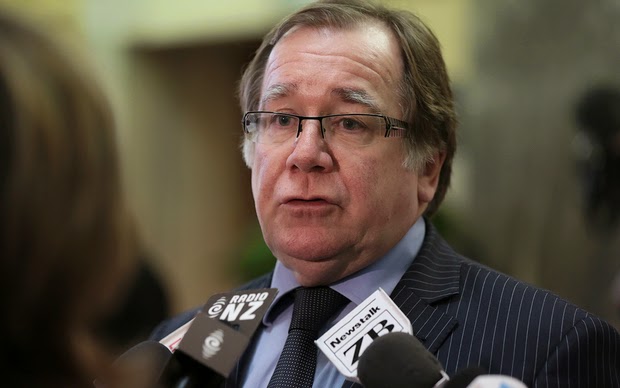 McCully's may have realised his media charade cover was blown because the New Zealand government had acknowledge and agreed with to the Anifah's commitment Malaysia will not "sweep anything under the carpet" under the cloak of diplomatic immunity. [Read Bigdog here]

Read from the New Zealand governmennt website here, below: 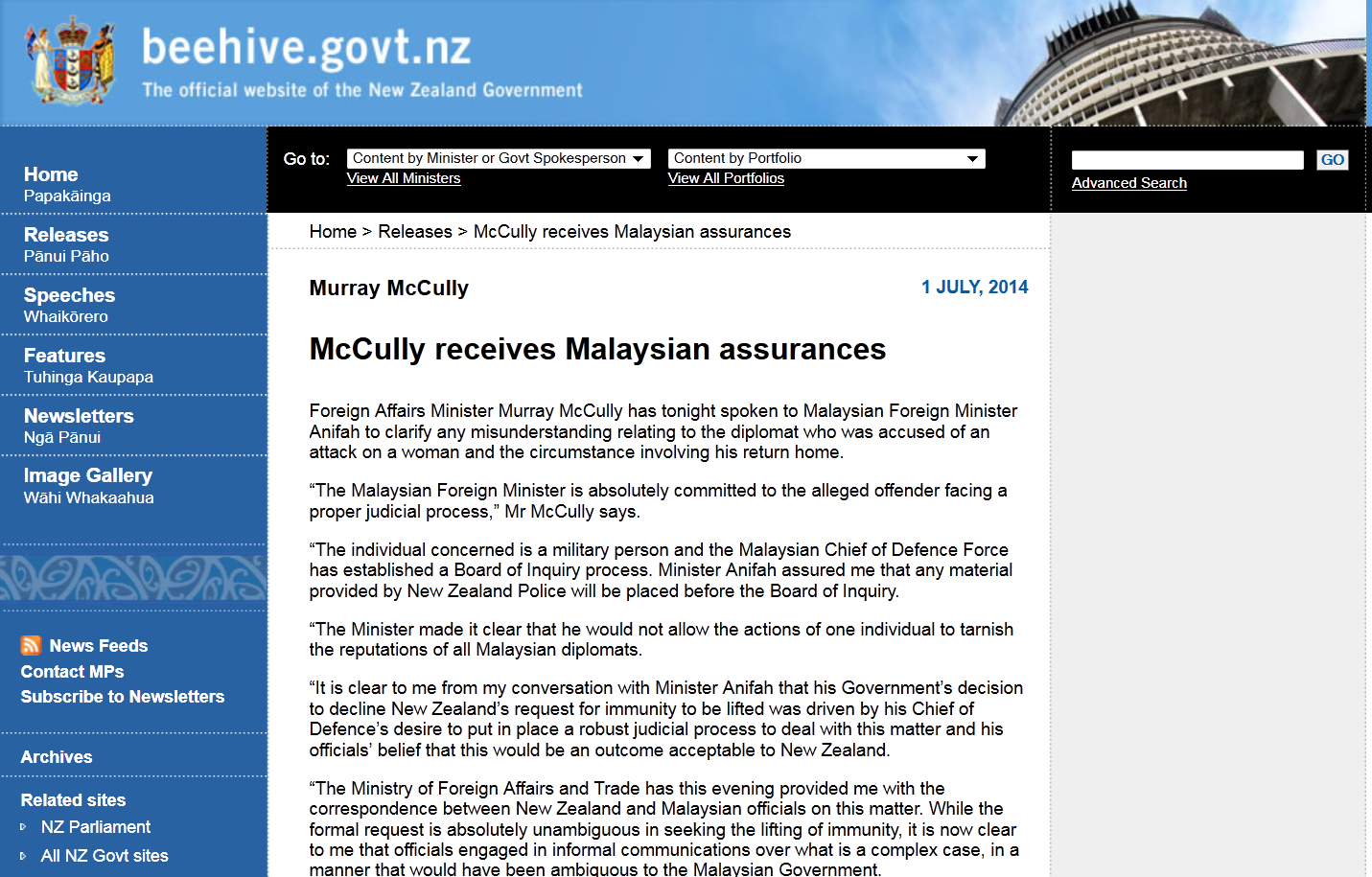 Foreign Affairs Minister Murray McCully has tonight spoken to Malaysian Foreign Minister Anifah to clarify any misunderstanding relating to the diplomat who was accused of an attack on a woman and the circumstance involving his return home.

“The individual concerned is a military person and the Malaysian Chief of Defence Force has established a Board of Inquiry process. Minister Anifah assured me that any material provided by New Zealand Police will be placed before the Board of Inquiry.

“The Minister made it clear that he would not allow the actions of one individual to tarnish the reputations of all Malaysian diplomats.

“It is clear to me from my conversation with Minister Anifah that his Government’s decision to decline New Zealand’s request for immunity to be lifted was driven by his Chief of Defence’s desire to put in place a robust judicial process to deal with this matter and his officials’ belief that this would be an outcome acceptable to New Zealand.

“The Ministry of Foreign Affairs and Trade has this evening provided me with the correspondence between New Zealand and Malaysian officials on this matter. While the formal request is absolutely unambiguous in seeking the lifting of immunity, it is now clear to me that officials engaged in informal communications over what is a complex case, in a manner that would have been ambiguous to the Malaysian Government.

“Due to the nature of the proceedings that lie ahead, I am unable to be more forthcoming on the matter at this stage. However, I can say that the Malaysian side have acted entirely in good faith.

“I have emphasised to my Malaysian counterpart the New Zealand Government’s commitment to justice for the victim in this case, and my colleague assures me that the Malaysian Government shares this view,” Mr McCully says.

The attempt to do a typical "Murdoch" on Malaysia failed but it is quite understandable for New Zealand politicians and media to do whatever it takes to save face their country nd protect their national and political interest.

However, it is puzzling and act of betrayal for our pro-opposition news portals to side with New Zealand to demean their own country by highlighting to the Malaysian public the views of New Zealand over that of the nation's interest?

They can claim it as fair reporting or giving the other side to the our official version but their bias intention to capitalise the political opportunity for Pakatan Rakyat is obvious. By right, our media should pursue the truth and give priority to  national interests on issues relating to foreign countries.

Diplomatic immunity is something that had long been practise in foreign relation to ensure diplomats are not harass by foreign countries using their law. That principle must be understood and it should not be compromised for isolated case like this.

Isn't this the same with DAP instigation of the public [read previous posting here] and siding with smugglers, Singaporean business interest and Australian environmental activist in their attempt to boycott Rapid Pengerang?
at 7/02/2014 10:45:00 AM

Holly cow .
This Pakatan gang is barking like mad dog .
But when it come to the anugerah tuhan Anwar liwat case , there us not a single whim publish .
This anugerah tuhan fellow is still running around pretending as if nothing happened despite being found guilty by the court for liwating .
The same news portal even had the ball of highlighying the liwat king official ground breaking ceremony for the mosque in his constituency .
Most probably the mosque official there is a ball lover too .

Stupid Malaysia and Mindef,Never ever other countries send their military diplomatic staff to face trial abroad even they make mistake.Minister of Defence should quit because he can't defend his own man.
Even if NZ is your friendly country we can't guarantee that our human military asset will not 'spill the beans' to our security info.Bodoh tak boleh diajar..