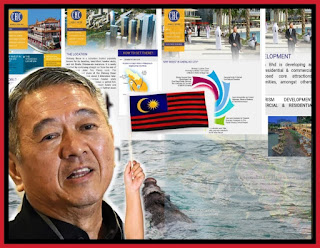 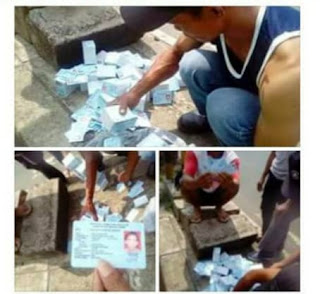 The past few days, viral on media social are reports of NRD officers arrested by police for involvement in scam to issue fake IC to China nationals.

It happened after Tan Sri Muhyiddin was reported saying 55,000 applicants will be getting their IC and passport.

Last year, he said 200,000 applied and in November last year, crowds swarmed at NRD offices in Putrajaya and other offices for IC and citizenship.

In Sabah, Projek IC 2.0 is believed to to begin upon Warisan takeover of state government. NRD denied Projek IC 2.0, and issued MyKad and birth cert to illegal immigrants.

The local Sabahan insist were and the  operation involves burning squatters,  personal identification documents claimed as lost, and new ones issued.

NRD went to the extent of making police report to quash rumour of citizenship drive by the Suluk-led Warisan Sabah government.

Few days ago, NRD denied MP for Kepong is involved in registering MyKad to Chinese national. This rumour is going around of NRD issuing ICs to foreigners for purpose of fortifyinh DAP votes in Penang.

The same rumour was going around when KLIA had a system problems that had to resort to manual operation.

KLIA and NRD did their denial of such happenings, but public will not likely be convinced that it did not happen. 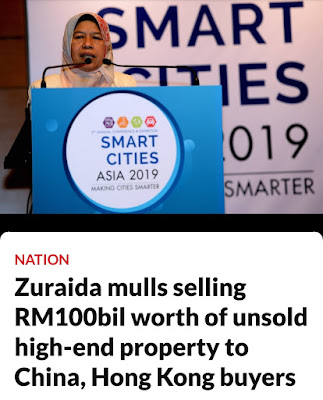 More so, Zuraidah Kamaruddin is mulling the idea of selling RM100 billion worth of unsold high-end properties to China and Hong Kong buyers.

She confirmed the suspicion of a Sabah-style Projek IC replicated in Semenanjong to increase Chinese voters. If it is not 55,000 but as high as 200,000, the Malay majority votes are under threat from such scams.

What a typically stupid and poorly thought out statement from Malaysia Baru Minister. She will send the market and banks in a state of panic for mentioning unsold high-end properties is RM100 billion.

The presence of Hong Kongers snapping up properties in up market areas in KL without any second thoughts have been heard for the past few weeks.

No more voice heard of Mahathir of MKIP and Forest City as selling the country because his government is doing clearance sale of government.

South China Morning Post already reported of Hong Kongers leaving for Malaysia to get away from the youth unrest.

Cited is the My Second Home program promoted by Tourism Ministry.

Tan Sri Lee Kim's Country Height has a project in Melaka called Cheng Ho City after the Chinese Admiral that came to Melaka in the 14th Century.

In his earlier announcement, he plan to build an Islamic financial centre. Only stupid former CM Dato Idris Harun believe it to approve. Obviously, he had no such intention.

It is part of the plan for the return of Country Height as a premier property company. They amassed a RM1 billion war chest and likely could be stuck ny poor sales. 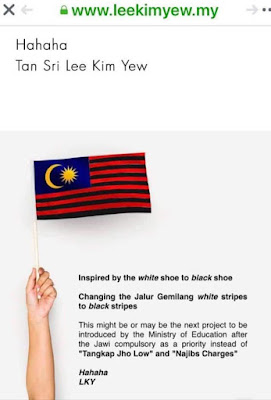 Recently, Kim Yew was embroiled into a controversy for desecreting the Malaysian flag in his criticism of Tun Dr Mahathir's poor choice for Education Minister, the IKRAM-linked Dr Maszlee Malek.

It isa considered an act of disrespect, insult and even treasonous had he done it in Indonesia on Indonesian flag.

In Malaysia, Mahathir protected him and slammed police for investigating his man and business partner. It means Kim Yew can get away with murder.

He maybe signalling his readiness to betray the country. 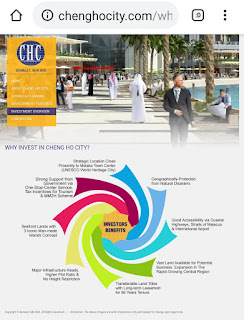 M2H forms part of the promotional package for foreign buyers.

If all these is happening and by putting all the happenings and event together, Kim Yew could get better sales by promising Permanent Residence status, or for extra cost, citizenship. 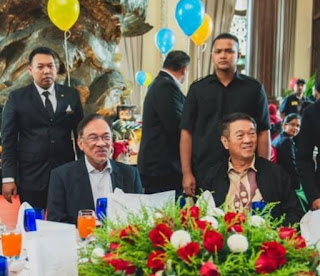 If he is smart and there is likehood he would have done it to prepare for the eventuality, if you know what I mean, he should work together with #PM8, Brother Anwar Bin Ibrahim (B.A.B.I.).

Now, that raised the possibility that the Melaka exco, Norhizam is trying to tell that there is more than just pigs crossing into Pulau Besar from Sumatra.

Seeking for pardon should it be wrong. Is he inferring pigs as Chinese and the invading pigs from Sumatra meant to be Chinese from mainland China or Hong Kong?

Will the Chinese be invading into Kim Yew's Cheng Ho City project off Klebang beach?