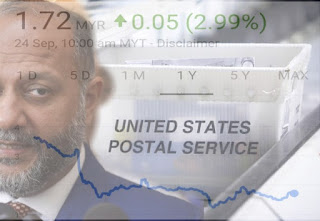 The U.S. State Department, which is the lead negotiator for the U.S. in UPU, has submitted a proposal that would allow the U.S. to “self-declare” international postage pricing and to decide on subsidy levels, if any. Unless the UPU agrees to the proposal by a September 30 deadline, the U.S. will leave the Union 17 days later and, over time, begin a framework of bilateral negotiations with individual postal authorities. The self-declare regime would begin in 2020.

The practical effect of the exit of the U.S. would be a rate increase of at least 300 percent on postal parcel traffic to the U.S. from heavy net exporting countries as rates kept artificially low for decades begin to normalize, according to Matthew White, a strategist for iDrive Logistics .... 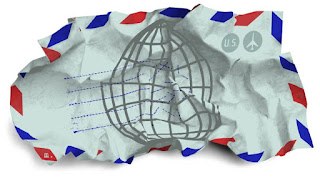 An extract from an Time.com article explaining the problem with the global mail system, is as below:


The current system isn’t perfect—a letter may get lost; a gift may arrive the day after a birthday—but it’s still an impressive bit of international cooperation. After all, if you want to send a letter from the U.S. to Glenz in Germany, you can use American stamps and still expect Deutsche Post to deliver it.

That’s thanks to the Universal Postal Union (UPU), a 144-year-old organization that sets technical and security standards to keep international mail and small packages moving around the globe. Now part of the U.N., it’s the second oldest ­international organization in the world, and not typically ­involved in high-profile disputes. But one main part of the arrangement has drawn President Donald Trump’s ire: “terminal dues,” the rates the 192 member countries pay one another to deliver mail across borders. Because the fees were developed in the 1960s based on factors including a nation’s economic development at that point, countries like China, whose economy has grown enormously since then, still pay heavily subsidized rates while the U.S. pays much more. That means it can sometimes be cheaper to send a package from China to the United States than it is for Americans to send packages between states.

“What’s really made this a disastrous system is that in the last 10 years or so, international document volume has plummeted and international e-commerce has boomed,” says James Campbell, a lawyer and UPU expert who consults for international shipping companies. “The United States and the Europeans have been flooded with e-commerce goods that come from China and other countries. We are delivering those goods at terminal dues rates that are substantially less than what the Postal Service charges domestic mailers for the same service.”

This discounted shipping cost industrialized nations $2.1 billion in 2014, per a study cited by the USPS. Trump, who has long complained about trade imbalances and NATO spending, called this discrepancy “discriminatory” in the presidential memorandum he issued before announcing last October that he intended to leave the UPU. Though his was not a new complaint—administrations going back to Ronald Reagan’s have voiced it, and many trade experts agree the treaty’s rates need an update—the decision to quit the group outright was, like many Trump Administration actions, a surprise. But the withdrawal process takes a year, and the State Department says the U.S. will stay put if allowed to “self-declare” its own terminal-dues rates.

Read on HERE to understand the options available at the September UPU, and the implicaton of their decision to US membership status, rates, and impact on logistical system ability to deliver.

There is no question of the negative impact but a matter of how detrimental.

In Malaysia, Pos Malaysia is also saddled with similar problems. It is bound by the privatisation agreement to a low terminal rate and other delivery services have been riding on their logistical infrastructure, but able to profitably charge high commercial rate for local delivery at the expense of Pos Malaysia.

On top of that, the Ministry have been dragging their feet on the long anticipated increase in stamp charges. If they continue to do so on to not allow terminal rate and postal charges the fair increment,  then the bleeding at Pos Malaysia will continue.

The worse it gets and certain services may have to be ended to eventually disable services.

If the DAP-led Minister make the worst timing decision to be dogmatic on social justice, getting discriminatory against Bumiputera entrepreneur, Tan Sri Syed Mokhtar and introduce open competition, it will only lead to the crippling of the logistic system.

Who is Syed Mokhtar? He took Pos Malaysia only for its landbank. Just like KTM taken over by Renong UEM for its landbank, even that kena sailang dgn YTL for some of the landbank. Postal services to Syed Mokhtar macam menanggung biawak hidup. Pos Malaysia have its problem of manpower. From internal mailing sorter to distribution, harap kan postman yang prefer to work bawa grab delivery, foodpanda, dan macam courier services that pay cash per item. The king is mat rempit.

With internet delivery services growing up to the sky DHL seem to position small office or even franchising.

Pos Malaysia should offer outsourcing of its manpower with multitasking that can bring money either to posman or pos Malaysia. Posman jadi meter reader TNB, Air, dan macam macam.