Another lawsuit for MalaysiaNow? 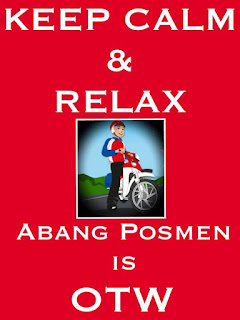 Apparently, sources told yours truly they will take them on and this blog support their effort. The guarantee from Bank Pembangunan's subsidiary was a hot topic of conversation and viewed as buddy Tan Sri Nazir Tun Abdul Razak offering assistance.

There have been a twist to the news AA successfully raised more than RM1 billion from a cash call, which seemed to be given a boost by the guarantee.

It is heard AA was "forced" to start honouring their debts before they could land their hands on the money to pursue new venture. An official announcement awaits to confirm the rumour.

On another note, MalaysiaNow could be facing another lawsuit. If the ending poster in nuclearbursaman's latest posting here is a hint of something to come, Dato Vinod Sekhar may finally be suing MalaysiaNow.

It is timely considering the George Soros-backed opposition failed to win the Hungarian election. 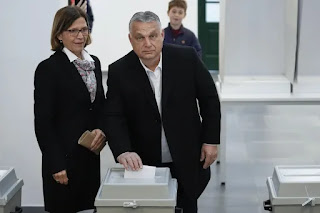 But he mounted a successful campaign to persuade his Fidesz party's core electorate that the six-party opposition alliance of Peter Marki-Zay promising to mend ties with the European Union could lead the country into war, an accusation the opposition denied.

"We have scored a victory so big, that it can be seen even from the Moon," he said. "We have defended Hungary's sovereignty and freedom."

Preliminary results with about 98% of national party list votes counted showed Orban's Fidesz party leading with 53.1% of votes versus 35% for Marki-Zay's opposition alliance. Fidesz was also winning 88 of 106 single-member constituencies.

Based on preliminary results, the National Election Office said Fidesz would have 135 seats, a two-thirds majority, and the opposition alliance would have 56 seats. A far-right party called Our Homeland would also make it into parliament, winning 7 seats.

The rest of the report  here or in The Globe & Mail here is the American bitching on the loss of their puppet by giving a Ukranian spin.

MalaysiaNow, despite being cast with plagiarism allegations, had been steadfast in casting doubts on Viktor Orban, and his government. It's one thing rubbing waste on the face of a leader many  were hedging was on his way out of office.

And it's a brand new world and game, when the guy triumphs and remain in power. Too bad indeed for MalaysiaNow as their coverage on Hungary had been beyond what I have seen any publication do to a foreign leader and foreign country.

It could be coincidental, or them picking up from a leak. One could not discount the possibility of a collusion.

Vinod's office was raided and bank accounts frozen by NFCC for the purpose of investigation on the Hungarian ventilator purchase. While it was on going, MalaysiaNow was casting aspersions using information from undisclosed sources.

Suggest they countersue Air Asia with the hope the possible compensation could pay off Vinod. But that would take years ...