What a new world order holds for Asia - The Edge 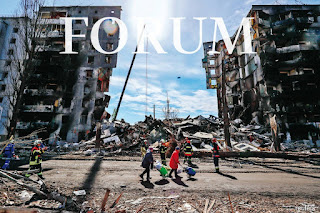 We are now only into the second month of the war in Ukraine and, no doubt, much can still surprise us before it is finally settled. However, it is already clear that the shocking events since Feb 24 will change the political and economic structures that Southeast Asian countries operate in, thus creating a new world order.

We can see, in rough outline, two dimensions of this new order: The first is a geopolitical order that could be harsher for less powerful countries. The second is a more difficult economic regime but one that our region can still do relatively well in. 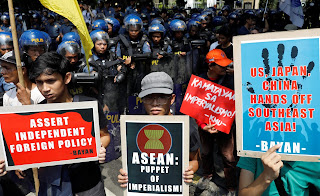 The Ukraine crisis was the culmination of trends in big power rivalry that had begun earlier. The immediate crisis — the war in Ukraine — involves a clash between Russia and the US and its allies. But big power frictions have gone beyond that to exacerbate the already-tense relationship between the US and China.

The result is a fundamental deterioration in the relationship between the US, Europe and Japan on one side and China and Russia on the other. As a result, the global political environment will become a more treacherous one, particularly for the smaller countries:

•     First, we should expect more points of friction to emerge and the world to be much more unsettled. Ukraine is likely to remain a battlefield for some time. Bordering countries such as Moldova could also be dragged in, while Poland and the Baltic states have good reasons to be nervous.

But the problems will not be just in Europe. Big power rivalry will trigger conflicts around the world, as we saw during the Cold War — unstable countries could see more conflicts between factions backed by different big powers.

In addition, middle powers would take the opportunity to push their agendas and inflame more hot spots in the process. Note how Azerbaijan has seized on Russia’s distraction with Ukraine to increase military pressure on its neighbouring rival, Armenia, which is allied to Russia. North Korea has stepped up the pace of testing missiles and may soon resume testing nuclear weapons. True to form, it has also threatened South Korea with military action “little short of total destruction and ruin”; and

•     Second, we will now see a major process of re-armament.

More money will be pumped into building up military forces. There is almost certain to be a big rise in research and development (R&D) spending to improve defence technology — for example, Ukraine has shown how important drone technology is to war and the need for new ways to protect tanks. Russia used hypersonic weapons for the first time to destroy a Ukrainian military facility far from the frontline.

With this R&D spending, we will see the more widespread deployment of new weapons against which smaller countries will have little defence — such as hard-to-detect hypersonic missiles with terrifying destructive force.

Within this region, China’s response will be critical. The unexpected forcefulness of the Western response to Russia’s invasion of Ukraine must alarm China, which had assumed that the West was in such a state of decline that it would not have the will and capacity to stand firm.

The virtual expropriation of much of Russia’s foreign exchange reserves and the destructive impact of the wide range of financial and trade sanctions against Russia have been powerful reminders to China of the immense ability of the US and Western powers to inflict pain on China itself.

Such vulnerability must be intolerable for the Chinese leadership, so China is bound to respond forcefully and that response will certainly have an impact on this region:

•     China will be ever more conscious about the sea lanes of communication that it depends on for vital supplies of food, energy and components.

For China now, protecting its access to the Straits of Melaka and the South China Sea will become even more important, and it can be expected to step up efforts to secure these shipping lanes. Alternative routes for China — through central Asia and Pakistan as well as through Myanmar — will take on added strategic importance. China will back these two nations to the hilt now, whatever the domestic challenges they face; and

•     Even prior to the Ukraine crisis, Southeast Asia had become a major arena for big power rivalry. That contest will now become more heated.

China will step up efforts to win over political elites in the region, through whatever means necessary. The propaganda war to influence citizens and decision-makers in the region will also be intensified.

Southeast Asian countries are more stable now than in the 1960s when civil wars raged in Vietnam, Laos and Cambodia and communist insurgencies caused violence and misery elsewhere in the region. However, the big powers will be much more active in the region and, in some cases, they will intrude into domestic political affairs as well.

After roughly 30 years of relative calm, Southeast Asia will be a more unsettled place, one that will be vulnerable to big power interference and destabilisation.

Economic dimension: No deglobalisation but lots more challenges and some opportunities There are many reasons that we are likely to experience slower growth in world trade.

•     First, the diversion of productive resources to wasteful military purposes will tend to slow economic growth.

Note how Germany has committed to raise defence spending to 2% of GDP with many other European countries following suit. Some senior Japanese politicians have advocated that Japan take on a more forceful military posture as well. South Korea is likely to do the same;

•     Second, more frictions between the big powers will offer an excuse for the imposition of trade protectionism as well.

Note that even after US President Joe Biden replaced the protectionist-minded president Donald Trump, the US has retained much of the aggressive trade measures against China that its predecessor introduced. China’s continued friendship with Russia could be the opening for the US to levy more tariffs against Chinese goods; and

Given the political and military tensions, many governments are likely to mandate higher self-sufficiency in strategic goods such as defence equipment, hi-tech components used in defence such as semiconductors, and medical equipment and drugs such as antibiotics.

Of particular relevance to Southeast Asia will be China’s strategy. It is bound to give greater emphasis to national producers so as to reduce dependence on imported components. It will be inclined to emphasise domestic demand rather than production for export and, thus, the share of trade in economic output will tend to fall. Chinese policymakers will question the current economic model, which generates huge external surpluses that end up as foreign exchange reserves, much of it in US dollars — which could so easily be expropriated by the US.

However, other forces could be more helpful in offsetting these negatives. We remain confident, in particular, of a surge in technological adoption, with sizeable economic impact. The combination of progress in computing power and in the speed of communications is leading to break-out new technologies in the info-tech area — artificial intelligence, robotics, cloud computing, autonomous cars, virtual reality/augmented reality and so on. Similar transformational changes are underway in renewable energy, biomedical equipment, pharmaceuticals and in new materials.

The resurgence of inflation, which is eating into profit margins of companies, is also likely to spur more restructuring and labour-saving equipment that can accelerate productivity growth.

In other words, while there are headwinds to growth in global output and trade, there are also some countervailing forces that will help mitigate these negatives.

So, where does this leave our region? 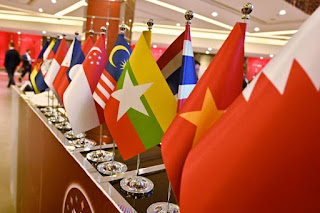 Putting it altogether, the overall picture for the region in the new order is not going to be all that bleak despite the undoubted difficulties:

•     First, if world trade does indeed slow, that will tend to hurt the region’s export sectors.

However, if a new surge of capital spending on technology does materialise, that will help bolster demand for the electronic components that the region produces. Investment in renewables and electric vehicles would boost prospects for some of the region’s commodity exports such as nickel;

•     Second, the global changes described above will trigger a reconfiguration of supply chains, whose net impact need not be negative for Southeast Asia.

There will be some reshoring of hi-tech production back to developed economies such as the US, Japan and South Korea. In some cases, there will be “near-shoring” in the sense that the big powers will encourage labour-intensive production to be relocated to low-cost developing economies bordering the US and Europe. This could benefit economies such as Mexico, Turkey and Morocco, for example.

But we also believe there will remain many areas where continued offshoring to lower-cost areas of Asia will make sense. Here, the impact on our region would be more benign — we could see some production being encouraged to move out of China and being redeployed to places such as Indonesia, Vietnam, Cambodia and Bangladesh; and

•     Third, the greater competition for influence could generate benefits for Asean countries.

We suspect China will refashion its Belt and Road Initiative so that it focuses more on places of vital strategic interest — such as Southeast Asia. Japan will not sit still — it will leverage off its considerable economic presence in the region and the high trust that regional countries have in Japan to also offer economic packages to win over the region.

The US is on the back foot here after it pulled out of the Trans-Pacific Partnership negotiations. However, the Biden administration knows it has to offer an economic dimension to Asean. Thus, it is preparing an “Indo-Pacific Economic Framework” for Asean. Details are not clear but the US is likely to offer collaboration in supply chains as well as help in greening the regional economies, while also facilitating a robust economic recovery from Covid. 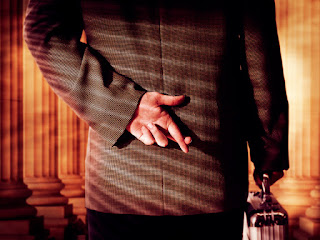 Ultimately, when there are both challenges as well as opportunities, the determining factor will be how policymakers in the region respond.

If Asean can overcome its divisions and put up a united front in the face of big power activities in the region, then there is a better chance that the geopolitical difficulties can be overcome.

If the reforms that the region has undertaken in recent years — a big infrastructure build-up, improvements in the business ecosystem, improved labour laws and some liberalisation of restrictions on foreign investment — can be sustained and expanded, the region will remain a destination for foreign direct investment even in a more fraught geopolitical context.

We must all hope that the decision-makers in Asean will rise to the challenge.