Mukhriz Trailing 1:2 to KJ; Does Pemuda UMNO Appreciate It's Own "Obama"?

Came across an interesting article. The title sounds pompous to me for it is self-serving to my own prefered candidate. But, I seek readers ponderance. Give it a long thought, particularly the young people of UMNO. We need to change. And, that change must come with a body and face to gain the people's acceptance and the voters' ballot. Do give this reparagraphed version (for easy Internet reading) a read:

The "Obama" of Pemuda UMNO 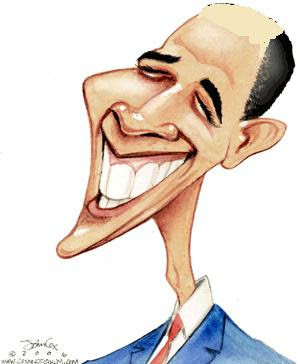 Does it take a bald Obama for Pemuda UMNO
to see the Mukhriz's aspiration and brevity?

Mukhriz Mahathir is indeed the underdog in this long awaited -biased fight for the coveted Ketua Pemuda position in UMNO.

Biased because the other lesser contender- Khairy Jamaluddin has always had the political patronage when he first usurped the position of Naib Ketua Pemuda uncontested much to the consternation of UMNO members themselves.

Wielding the powers of patronage and enjoying "protection" that he himself has admitted to; has delivered obvious advantages to Khairy...

I'm sure it has been a dream come true. The stuff that dreams are made of and how so many wish for the same dream to happen to them.

The mainstream media splashed great news pieces in spin and all praise for Khairy. His announcement to contest for Ketua Pemuda which was attended only by a handful of Pemuda members and officials made the main pages of the local broadsheets.

In stark contrast, Mukhriz Mahathir's announcement which was a festive affair with many Ketua Pemuda and over 500 grassroots members present was reported in a half-hearted fashion much in the manner as what we know as "in fine print."

The fact that this Dare to Change! (Berani Berubah!) event was covered by so very many of our local journalists and foreign media begs the question as to why the advantage is given to Khairy in so many ways.

Today the local broadsheets again show their hand in favour of Khairy.

Look at the headlines, while Mukhriz was nominated by the Sabah Kimanis UMNO Youth Division, the eye-catching headlines start with Khairy and his win. Mukhriz's nomination is reported in a by the way manner.

In all fairness, the reality is that for starters Mukhriz and Khairy have kicked off their campaign on a 1:1 footing in terms of nominations.

But then, this is an uneven playing field and Mukhriz will have to depend in his firm believe in the need for change and dare to fight an uphill battle for the future of this nation.

Don't worry. Kelantanese UMNO is known to be a stounch supporter of Pak Lah. I am very confident that KJ will trail Mukhriz when other states finish their voting process

Voice,
Those Kelantanese Pemuda UMNO who picked KJ amat memalukan bangsa... didn't they see that KJ is an 'extension" of AAB who went down as the most "pariah" PM of the country? It shows the general mentality of Kelantanese UMNO, which couldn't go beyond that of Anuar Musa! Grow up lah sikit!

Obviously... some people wants UMNO to be history...