One RPK is Enough, Not Another One 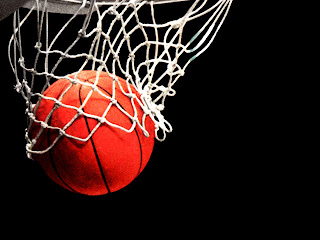 Sheih Kickdefella two postings that pun the movie title, "We Know What You Did Last Christmas" is quiet a revelation. But, it raised quite a concern.

One posting is on Abdullah and Nuri replacment which allegedly had son Kamaluddin as "agent" from Eurocopter that was given the contracts.

The other is a close resemblance to Raja Petra Kamaruddin (RPK) style of unfolding a story.

Another sensational revelation is Rosmah paid RM5 million for Bala to return to India.

Shieh claimed his information came from police during his stay in. Whether that is true or false, he must reveal his source.

Will he get them to help in court if he plan to replicate RPK's stunt? Mind you, two police officers, RPK claimed was at the scene of the Altantunya blow-up with Rosmah, is now sueing RPK.

Few years before the 12th General Election and the early years of Socio-Political Blogging, there exist a silent comradeship between bloggers, be it a somewhat formal grouping like All Blog or a loose understanding called Band of Bloggers or a group of friendly bloggers without a name.

There was an unstated understanding that transcend beyond partisan, ideological and activism affiliation to talk in unison concerning a certian issue. Malaysia Today (MT) then helped to promote these disparage views into a public discussion. That made blogs a powerful tool to push issues censored by the mainstream media into public knowledge.

After the General Election, MT took a different direction in line with its new page makeup. The opposition oriented blogs generally changed along and took up the Pakatan Rakyat/PKR and Hindraf agenda. No more are issues on MT discussed with a wide ranging perspective, but with a clear propaganda agenda.

The agenda, that used to be about getting Abdullah, Khairy and the Tingkat 4, suddenly turned apologetic towards them. In place, it became Najib bashing and propelling Anwar to takeover Government through frogging MPs.

From Writer To News

With that as a background, RPK changed from a man churning news, stories and articles to one becoming part of the event.

Writers, poets, playwrights, and novelist play a role in igniting change in society and in the battle of ideas. But that batton has to be passed on to others to continue. It seemed now bloggers are no more churning personal opinion on events but are becoming part of the event.

When Raja Petra Kamaruddin was faced with a string of arrests, charges and lawsuits over various allegations he made in his "third party" statutory declaration (SD) allegation against Najib via Rosmah, it puts many bloggers, including yours truly in a spot between Freedom of Speech and Information and respecting the Law and Institution of Government.

The SD made was suspect and difficult to fathom. In the light of the ongoing Altantunya murder trial, it was contemptuous of the courts. RPK grew bolder, maybe out of his own conviction, releasing many other statutory declarations like that of the missing Balasundram. It remaisn as stamped heresay and subjected to police investigation.

Many bloggers felt RPK was inviting trouble for himself from his allegedly "seditious" (as per the Sedition Act) writings. True enough, RPK is now not only faced with those legal issues but the extra legal ISA for practically indefinite period.

Is it worthy being detained for an allegation that has yet to be determined as true? Shouldn't bloggers have some level of responsibility, integrity or the least, maintain a safe level of rationale and conviction in their writings?

More so, for those with a name to the blog and command a good following.

Brother Sheih, Please la ... Make a police report and reveal your proofs there. And, respectfully follow the court process accordingly. If tehre is a case, go slug it out in court. No RPK-esque stunt.

If you wish to write, substantiate any serious allegations made. More so, for capital offense like murder where the burden of proof is heavy. Reveal real documents and not just statutory declared heresay. Otherwise, you can go down for making baseless allegation and fabrication.

Writers have to stay around to keep the fire burning. We have to live to fight another day. Remember that you haven't Kickdefella. One shouldn't assume it is an easy and given path ahead.

The last thing you should do is to make your exposure now. It is clearly seen to discredit Najib based on unfounded claims and not about seeking truth, justice and championing RPK's release.

Sincerely, I hope Shieh has no such intention to spoil Najib's critical D Day next week and allow Abdullah safe passage. Not only Abdullah wants to stay around, even Anwar wants him around.

My struggle and fight over the years boils down to next week. The priority is about removing Abdullah from further causing more destruction and chaos to the nation.

However, I am not crazy with the idea of taking RPK out using ISA. It demeans the mainstream thinking and Malay Nationalist belief is seen without the ability and justification to articulate its point of view sensibly and logically.

As Dr Mahathir said in a press conference after his recent book launch in Ramadhan, ideas and opinions does not constitute national security.

I want him release from ISA. But getting RPK out of Kemunting is a tough battle.

One RPK is enough. Not another one ... Shieh

I disagree entirely -- people have the right to discuss whatever they like in blogs, so long as it doesn't amount to hate speech, etc. That is interesting speculation, obviously to be taken with a grain of salt, and there are no good grounds to sensor or censure it.

Maybe it's something simplier. Maybe some people simply wear their heart on the sleeve and not too gifted in politicking. This type is normally rare but maybe some even exist in Malaysia. If truth is one of their principles then maybe they want to say what they think as the truth, no holds barred. Afterall, a principles is not something you hold dear only when it is convenient to you....If indeed they speak the truth, then the truth will set them free, Allah knows better...

Fully agree with you. As blogger we should be responsible for what we write.Any blogger who resorted to rumour-mongering and slandering without basis just to increase readership should be liable for their action and should be taken to the cleaners.

Freedom of expression does not give us the right to smear shit on those we don't like.

Since you are a seeker of truth and justice , don't you think you should also pursue Kickdafellas claims ? and if untrue or twisted debunk it as a matter of fact , or are you saying like all the rest of the ignorants and incompetents , that it MUST be untrue ( since its so "unlikely" )

Going round the bush to kich his revelations is to us like a scare tactic/intimidation and nothing to do with your stated objectives !

If he dares say it , means there is something deeper ...just like dear RPK

and so if there shud be 1000 RPKs as one of our friends put it , something must be right

"Make a police report and reveal your proofs there"

Make a police report and then what... Wait for the sky to fall? Give us one instance of a proper police investigation following a police report against an UMNO high-flyer. Just one.
What happened to Tengku Adnan implicated in the Lingam Royal Commission? What happened to the report lodged by an UMNO local leader against PM and DPM for abusing their position? What happened to the RM250 mil suit for 2004 electoral material? NOTHING.
The PDRM is a compromised institution. Please suggest something that actually works.

Anonymous said...
"Make a police report and reveal your proofs there"

totally agree with Anon 11.04am; Police Report then What????

anyway, that 5million is a bluff for sure…. or sheih is watching too much B-grade movies…

why in world should Rosmah be present in the british isle to hand over the money?

why took the trouble to fly thousands of kilometers, over 12 hours long haul, just to hand over the money?

There are many ways to hand over money, even hard cash, in the era of electronic banking, or private banking. Why has to trouble to travel? Must see face to face? just like B-grade movie scene….

Hasn't he heard of private banking? or swiss or off-shore bank account?

If I’m Rosmah, I’ll just call my private banker to handle it. Its totally P&C

So now we can see that somebody is trying to pull a bluff.

meaning,… the whole accusation could also be a bluff.

I mean, why now has to pay Bala since he suddenly knew all the details ??

Why not C4 him together with Altantuya in that same jungle since he is going to be a liability?

Assuming police investigation is slow or probably some high powers up there intervene.

Does that mean I have to rely and belief totally any shit that the likes of RPK and Shieh spews?

Ever wonder why police in investigation is not moving? Could it be there is just no case? Or legally not feasible to take up and win in court?.

However, ppl get agitated when police personnel is increased. Complain saja pandai.

A Voice, jangan la tibai Sheih kaw kaw, nanti dia merajuk and threaten to stop blogging for good. Oh, he did that already. Or, he might even resign from the AllBlogs’ protem committee. Nahh… this I’m certain he wont do.