Anwar has no number, but does Mahathir have? 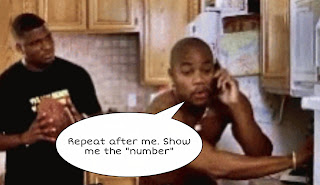 Dato Seri Anwar Ibrahim has a bad habit of being over confident.

He is a goal poacher like the legendary Gerd Nuller, Eric Van Nistelroy and many others. But, he is no Mark Hughes or Brian Robson or other scoring midfielder who could carry the ball for the last 10 yards to score.

This blog did wrote he was ready to bring his more than 112 signed SDs of support to the Agong and doubted Tun Dr Mahathir had 126 SDs.

However, it is not expected of him to lose the ball in the last 10 yards or wrongly counted 50 fake SDs on the way to istana.

Maybe it was expected. But did he?

He did say he has the numbers.

However, the number of PKR central committee members and MPs signing a letter against his call for Azmin's resignation raised doubts of his claim.

More so, not all PKR state chief supported him and PKR state woman's wing seemed to oppose the call on Azmin.

A message received and signed off as "Tzu Wong" felt he may not have the numbers:


The current MP seat formation is roughly as follows;

If PKR split into 36-13 (according to the recent declaration), and Anwar takes the 36 MP out of the coalition, PH government will immediately collapsed leaving only 2 options for TDM. Either he quietly and obediently step down and hand over the PM post to Anwar or he can advise Agong to dissolve the Parliament and go for snap election.

If a snap election is not possible (either Agong refuses or PH internal pressure forces TDM to give up) and a showdown is imminent, then Anwar will need to force all PH's MP, particularly the Diam Diam gang to see if they will continue to support him in Parliament as the next PM. If this is the scenario then the vote will likely go like this.

However, if Anwar only want to go for the kill to get rid of PPBM and Azmin and support PAS or UMNO to form the next government the vote will likely be the following.

However, if Agong is to consent to a snap election, UMNO and PAS could retake about 100 seats in West Malaysia alone. And Gabungan Sarawak will capture at least 15 seats, that will be the end of PH.

The sad thing of what it is happening now is the economy will continue to be in turmoil until Malay unity takes root and form a solid government like the previous BN government.

The message was sent to few to comment. One felt there were few more items and seats missing.

They insisted his number remain "cukup". 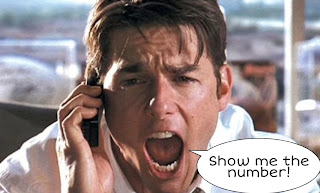 In the meanwhile, one of Mahathir's trusted messenger claimed Tun has the number. They have 34 UMNO MPs and 15 PAS MPs. Azmin could deliver 20 PKR MPs.

PAS MP to work together with PAN?

If Mahathir has the numbers, there would be more surprises to come from Sarawak, Sabah and DAP.

Could that be the reason Mahathir could confidently gave a polite warning against those splitting PH at the PKR Retreat?

And, could that be why Azmin could snub the PKR Retreat, quote hadith to warn against liars, gather 3,000 people for a special thanksgiving prayers and subsequently say I know the conspirator?

The Mahathir's trusted messenger acted strangely polite, appealing and pleading for support despite the confidence.

There is an unverified claim that Mahathir may have been taking things for granted and was taken a back upon being briefed things are not smooth sailing.

It is not so much the surveys done by various entities claiming PM's popularity is on downtrend. They are all PH supporters and mostly aligned to Anwar.

So who are we to believe?

Why is this tinggling in the stomach and strange feeling that both may not have sufficient numbers and it will be status quo?

That is unless Mahathir dare to do a cabinet reshuffling and bring in Tan Rafidah Aziz and Dato Mustapha Mohamed.


Even Dato Hishamuddin Hussein Onn's name was mentioned. If so, the 34 UMNO MPs support may be believable.

The confirmation will be when Lim Guan Eng and Tommy Thomas are dropped. That was the term given for certain UMNO MPs to give support. Honest to Gawd, that we heard ourself.

There is the likelihood that all this is pure wayang and it is to divert attention from a major piratisation in the making. Wait for budget, and more heads of GLCs chopped to make way for someone's friends, competent or not.

Tun Daim promised economy will turnaround within 6 months in April. That will be in October. Maybe Mahathir do not agree till his position is intact.

Rumours, as expected denied by Mahathir, that there will be cabinet reshuffle after Raya Haji. Mukhriz was recently talking of childcare and Peja could be brought to Federal.

Maybe it could be after PPBM's first party election but that have been pushed next year. ROS rule should allow Protem Committee only after allowed extension to remain only for 18 months.

Azmin could be leaving PKR and the reformasi for sodomi party looks likely to break-up. Will he join PPBM and challenge Muhyiddin for PM or join Ezam's Parti Negara?

That's two lions on a mountain, but then the person funding the party calls the shot. In his reformasi past, Ezam trained his gun at Mahathir but only token words on Daim.

Hope UMNO and PAS is good with their words to butt out. Sit back and ready lots of pop corns by your reading chair.


Not time yet for Bubar Parlimen. Mahathir wants to be on the upper hand. Slowly but surely. Just be ready.

Wait for budget, and more heads of GLCs chopped to make way for someone's friends, competent or not.

This is what politics in Malaysia is all about friend.
Already told of many friends that it's just changing one set of cronies with another.

The ignoramuses and kampung folks will continue to support names than evaluate competency.

They don't know how?

So much for our education system!