The boo Dato Seri Azmin Ali got from selected settlers attending Settlers Day at Felda Selancar 3, Rompin was not the first.

It is not a one-off dissatisfaction, but is already a widespread opposition against the Felda settlers' land amalgation plan.

With the open quarrel and exposure made between and his rival, Dato Seri Anwar Ibrahim, it needs a miracle for Azmin to recover politically.

Azmin mentioned at the thanksgiving gathering sunday of his expressed wish to help his alif ba ta (abbreviation for religion, race and nation).

It is not for certain, but he may have a fighting chance to recover through the support of the rural farming community. 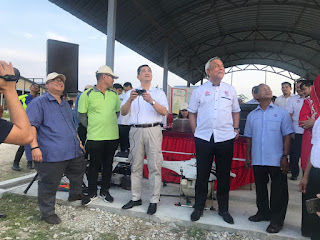 The Mole report yesterday on Azmin's presence at the demonstration and announcement of the use of drone technology for FELCRA's padi farming is interesting.

The embattled Azmin may have identified a potential white knight to save his political career from a most unlikely ally: technology.

At the same time, it could spell trouble for BN.

If the drone and data analytic technology is not just a toy for him to snoop on Anwar and his guavas, but able to deliver yield improvements and cost savings for Malaysia's palm oil, rubber and padi crops nationwide, as many as 70 Parliamentary seats could be within his grasp and deny BN-PAS control of Parliament.

It gives Azmin the upper hand in his dispute with Anwar Ibrahim. 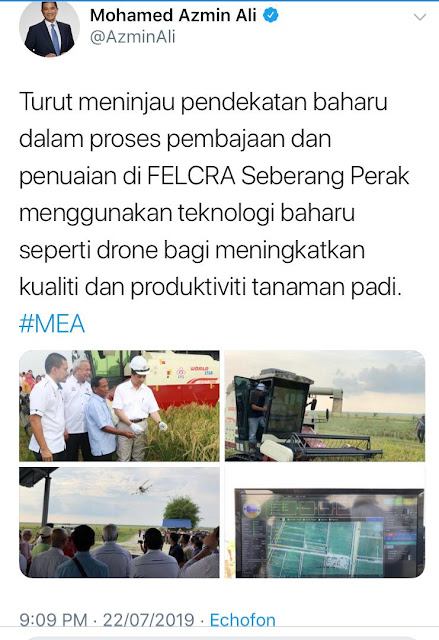 It maybe stretching it too far, but bear in mind, both FELDA and FELCRA counts for hundreds of thousands of smallholders and voters.

The benefit from a technology that could reap them as much as a 25% reduction in pesticides purchases, up to 30% reduction in labour costs and up to 10% improvement in crop yield will certainly reset priorities.

At yesterday's signing between govt-owned FELCRA and MATA Aerotech at FELCRA Seberang Perak, Azmin was reported saying "farmers no longer have to work themselves to the bone. Smart Farming and Precision Agriculture is the future of agriculture."

FELCRA alone has 245,549 hectares of plantation nationwide with an estimated 112,454 smallholders or participants.

Azmin said there is a plan to help the smallholders and give them a much-needed boost.

Unless witheld by Lim Guan Eng, funds totaling at least RM1.45b will be offered to FELCRA to combine smaller, less-competitive farms into larger, more professionally estates.

The drones and data analytics technology could achieve yield of 30 million metric tons per hectare per year is achievable.

The technology can be deployed to accurately map plantations, assess crop health, manage natural resources and apply pesticides and fertilisers on FELCRA’s estates.

Significant improvements in crop performance and cost savings are expected due to superior labour deployment and reduced waste and leakages.

The quality and productivity of rice production could improve. 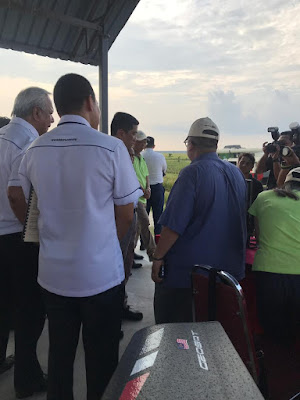 Azmin will have to convince settlers participating in the land amalgamation that it is not a ploy for a mega-land grab and turn landowners into estate workers.

It is sad to see Malaysian farmers remain in poverty and face a disadvantaged life.

They are far from the prosperous landowners and farmers in the west, or even close to the farmers in more developed Asian countries with their highly mechanised operations using minimal labour and latest technology.

The feudel culture suppression together with denied access to resources, such as land, quality seeds, farming techniques, market, and money attributed to the problem.

The restructuring of the Malaysian banking industry as a result of financial scandals during Tun Dr Mahathir's first time as Prime Minister and Tun Daim as Finance Minister wiped out the almost 50 finance companies and smaller role financial institutions such cooperatives.

They were the ones providing capital to farmers and small businessmen.

Assisting the rural and agricultural sector in Peninsular will assist more or less 90% Malays.

Since the days of colonial rules, Malays were denied access to education and economic opportunities. 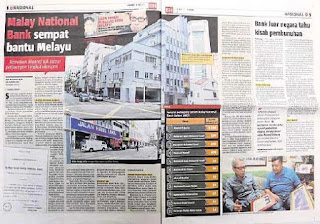 The story behind the mysterious death of a Malay lawyer, Maarof Zakaria, whose the person Jalan Maarof in Bangsar is named after, is the Malay version of systematic discrimination.


He was murdered for seeking banking license to enable Malays access to capital.

This should have been the political narrative understood by NEP recipient Azmin instead of a skewed understanding social programs for Malays being stereotyped as racial discrimination.

It is about human dignity and preservation for the Malays, far from seeking wealth and power.

The immigrants faced discrimination too but the more commercially oriented non-Malays had the advantage of access over Malays.


Despite being so-called son of soil, historically the lower class Malays could not secure access to land of economical size.

The colonial master dominated it and the more commercially viable Chinese businessmen then had better access than even the royalties.

Politically, Azmin remain uncertain and both Anwar and Azmin may even lose out with PKR splitting.

If Azmin is sincere to turnaround the fortune of the rural communities, and turn the plantation sector, roughly 96% of FELCRA's income, into a significant contributor to the Malaysian economy, it could be his opportunity.

The opportunity to repent and absolve himself from sin that could concur the wrath of Allah. Hopefully he has a second chance.

Agriculture sector contributed 8.2 per cent or RM96.0 billion to the country's Gross Domestic Product (GDP) in 2017.

The contribution to peoples' livelihood from employment and farming is significant. Need there be anything more to explain.
at 7/24/2019 03:25:00 PM


WHY ARE THE ORANG ASLI NOT COMPENSATED FOR THE LOGS THEY OWN AFTER ALL THESE YEARS...AT LEAST 20% of the Sale should go to THEM Directly........Not the CRAP 40% goes to Sultan BERAK and the Loggers Keep the 50% and State Government of the Useless Bersatu MB Team getting 10%.......Robbers are Robbers...WE ARE DEALING WITH A TEAM THAT DARE ROB THE TABUNG HAJI-FELDA for $25 Billion and Also HAPPY TO ALLOW A Ex NAJIS PM to OWE $1.8 Billion for 7 years of tax......WHAT SORT OF AGONG-SULTAN We NEED That SUPPORT THIS CRAP!!!