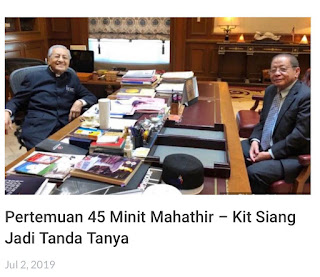 The above picture was viralled by Raja Petra and reached one Whass App (WA) group.

For the benefit of the Malaysian cabinet, it is a social media platform, where a group of people could share with each other information in the form of text, image, video and url links.

It is useful for discussion with and getting feedback from other cabinet members before making any surprise and stupid statements to media or on social media that is in conflict with the policies of government and PH manifesto.

If Tun Dr Mahathir kept viraling pictures of his meetings with Lim Kit Siang and reach WA Groups, it means the path of the nation is determined by them too.

Kit Siang should also be made Adviser to the Government or Senior Minister together with Mahathir to legitimise for them veto powers for life and they could dictate and direct the nation without the need to be in Parliament or Cabinet.

He already is not a Minister in cabinet. 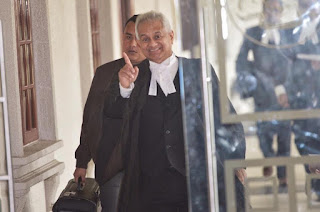 In his WA message attached to the picture, Raja Petra wrote:


Many are asking what the meeting with Dr Mahathir today was about considering Kit Siang is not a member of the Cabinet. It was to discuss the extension of the tenure of Tommy Thomas who is soon retiring. Before GE14 it was agreed that PPBM will decide who gets to be the MACC chief while DAP will decide who gets the AG’s post.‬ Kit Siang wants to make sure that agreement still stands.

Non-renewal or dismissal of Tommy is among the indication Mahathir need to give to convince UMNO MPs in the teens to crossover to PPBM and secure two third majority for PH.

It would be a notion that could awake the long asleep little Kit and stand up in his pant. The elder Lim is aware it will be the end for Dato Seri Anwar Ibrahim.

For DAP, Anwar's premiership was the final squeeze for a tight grip of power in government. As "Superman" Hew puts it in his ceramah, Mahathir has outlived his usefulness and time to be pushed aside to meet his maker.

Nevertheless, the meeting of the minds could be to look at various possibilities and arrangements to serve the expressed purposes and unstated motives of both parties.

Now, 45 minutes is too long for discussion between elder leaders, which does not require much words to understand each other's position and intention in mind. 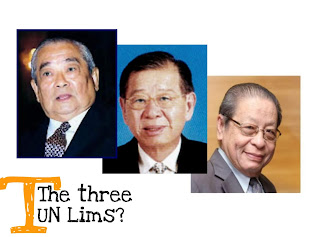 It is heard Kit Siang is in a bit of dilemma but of the positive kind. It goes back to the reason for addressing him as "Tun".

Some Malays maybe unhappy to see DAP leaders conferred royal honours, but on the other hand, they could get more upset and view it as a royal insult should the Lims reject.

Few years ago, five maybe, Kit Siang proposed to the DAP Central Committee and unanimously accepted as party policy for leaders, MPs and ADUNs to not accept any honours while still in service. It was a reaction to former Selangor Speaker Datok Teng Chiang Kim for accepting a Selangor Datokship.

The Lims could accept the honours, but principally, they have to retire. Both have no such plans. "Tun" Lim may have seeked the help of Tun Mahathir to whisper to Agong not to tun tan them yet.


Is that all or it there more, Azmin?

And, many were too quick to jump to the conclusion Tun and "Tun" have come to the understanding to dump the older sodomite and save Malaysia from the wrath of Allah on Sodom and Gomorroh during the times of Prophet Lott. 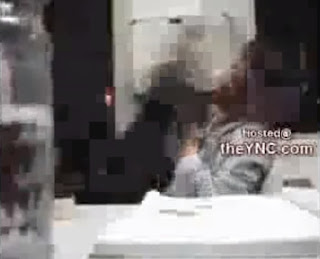 Apart from that, "Tun" Lim could be caught in another dilemma in the making. Since this morning, a Chinese Youtuber viraled a video of brutality during interrogation by Malay enforcement investigators.

Forgotten the Mandarin and Cantonese learned decades ago in college and at Brickfield's YWCA due to lack of practise.

A Chinese friend said he was being told it is a video of Teoh Beng Hock beaten up by MACC investigators prior to his mysterious death. The Chinese friend can't read Chinese too.

Personally, the beaten fella does not look like the late Beng Hock. The officers are in uniforms, which is not likely MACC IOs. This blog would defend MACC against such RBA slander. 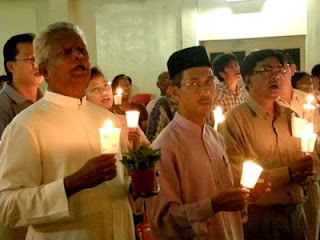 If it is true, the Lims can't afford to be quiet. They have to speak up, do candlelight demonstration, and riled up the Chinese populatiin against MACC or enforcement agency's brutality and abuse of power.

It will annoy the Malays because all  the officers in the video are Malays and they could be defensive or sensitive. That is hardly a problem as it had always been DAP's nature and strategy to provoke Malays and gradually tire down their strong views. Most recent is by a DAP Johor ADUN on royal car license plate. 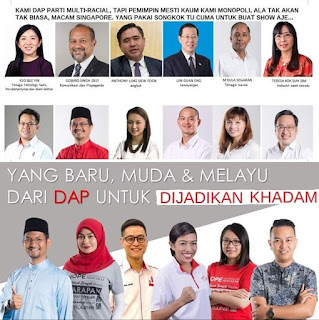 This was not a matter discussed between Tun and "Tun" yesterday as it only viral among Chinese today. 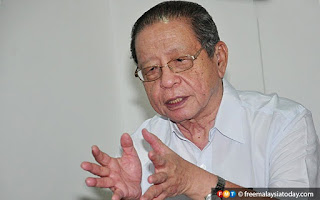 Nevertheless, the subject of BNM forex loss scandal could have been discussed yesterday. The police announced ending investigatiom on the NFA-ed RM31 billion BNM forex lost.

The reason cited was lack of evidence. It is certainly quite a chore to dig up documents to trace each and every forex transaction made over few years some more than 25 years ago. Understandably it is an insurmountable and back breaking task.

But, someone linked to a legal person of authority claimed there is a case and that means there are proofs!

So, let it be! Let it be! Change the PH government and BNM forex loss mystery can be legally unravelled. Not time for Hanif Khatri to rest on his laurels yet. 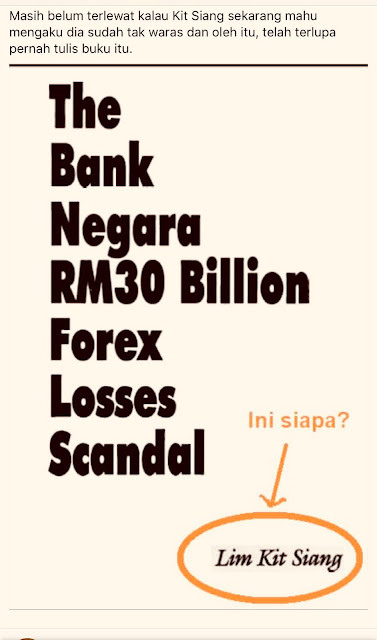 Kit Siang was asked for a reaction on the police action at a function. He said cultural event is not the approproiate place to comment on the BNM forex loss fiasco he wrote about.

The uncouth Kit Siang has picked up a decorum or two since the rumour of "Tun" ship.


Lim Kit Siang refuses to comment on the RM31.5 billion Bank Negara forex losses scandal and says that the allegation is merely a political conspiracy. Lim first raised the allegation in Parliament in 1993 and also demanded Anwar Ibrahim's resignation for lying about the matter.

Tengku Razaleigh pressured on Kit Siang to say RCI recommendations should be implemented. For the principle of consistency, Kit Siang cannot remain silent but urge the same.

That made Kit Siang blew his top. Unfortunately, the line used to counterattack is predictably and overused 1MDB. It is old subversive propaganda method and a sign "Tun" Lim is getting senile and appropriate for the position of "Senior Minister" for life.

A title for a future book and even a Hollywood movie in the making.

Keanu Reaves as Guan Eng and Lucy Liu as the Tan Chai Ho. Ming Na Wen as the infuriated Betty Chiew throwing an ashtray at Keanu's forehead out of jealousy.