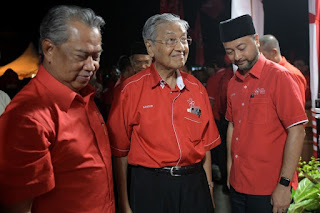 The interviews of Dato Mukhriz with Nikkei Asia Review and Dato Husam Musa with Sinar Harian opened a new front for the silent war between Tun Dr Mahathir vs Dato Seri Anwar Ibrahim for the coveted position of the Prime Minister of Malaysia.

Dato Seri Azmin's ambition could be considered to have found a conclusive ending.

It could be the ploy of Anwar's camp to take the succession narrative from himself to the choice of the next Deputy Prime Minister. 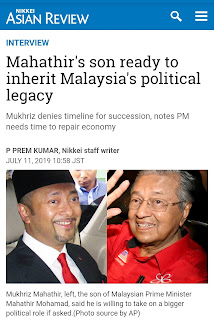 Mukhriz took a swing at Anwar thus indicating he is in the running against Anwar.

A former Minister from Pak Lah's day remarked, "It's finally out in the open."

It means this blog is right to say Mukhriz is not competent for the highest position in the country, but was wrong to not believe his father has plan for Mukhriz to be a Dato Najib to Tun Abdul Razak.

The PPBM insider that tipped off neither Anwar nor Azmin is Mahathir's choice as successor is now proven right.

Whether it was planned such or a change of plan from the Four Point Hotel, Sandakan, it will only be clear in later days. 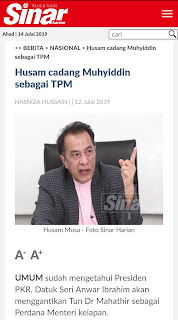 In the interview with Sinar Harian yesterday, he said their combination is the best for the power transition as Anwar's Prime Ministership is considered a done deal and the Deputy has to be from another party.

Husam offered PAS to join PH, but it is likely just him building a new political narrative and strategy against PAS. PAS is not likely to accept and comfortable to talk with PAS breakaway leaders. 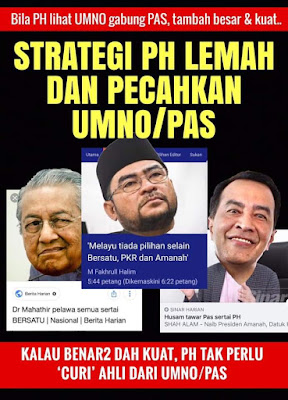 Nevertheless, Husam's statement could turn the political situation within PPBM into a frenzy and hasten the rivalry against Muhyiddin and Mukhriz.

Though it is heard that there is a middle ground reached for next week's PPBM EGM to decide on the Satu Ahli Satu Undi (SASU) proposal, the intention has sounded alarm to the Muhyiddin camp.

They are aware and wary of intention to threaten his presidency. 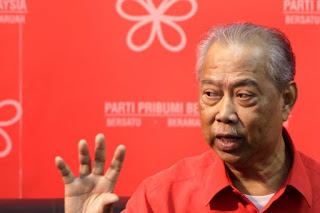 Muhyiddin was the intended Deputy Prime Ministership for Anwar (had he succeeded Mahathir as fifth Prime Minister) and Pak Lah. However, it was Najib that took him in as Deputy.

His name could not have cropped up out of the blue but planned. But does Anwar has plan for Muhyiddin to succeed him or merely to cause disruption in PPBM?

Furthermore, Anwar is known within political circle to promise positions to gain support, but ended up not delivering. During the campaign for GE13, he announced Lim Kit Siang to be Deputy Prime Minister.

It is to early to assume the Mahathir vs Anwar rivalry is over and his threat is Najib and Zahid.

One thing is sure, Muhyiddin is now confident his health condition is under control.