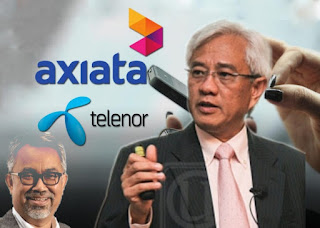 Khazanah Nasional is likely to convene its Board meeting today or anytime soon.

Three new members, including a Professor from China and a Malaysian involved in establishing China's US$500 billion Tencent will be introduced. Its the company Wee Choo Keong used to shoot Dato Siew Ka Wei with corruption allegation but no charges by MACC yet.

Nevertheless, it is making sense of the China link buy that pushed prices of Khazanah related counters last month or two.

There is a long list of decisions allegedly accused as "jual negara" deals to be made. One particular deal is Tan Sri Jamaluddin Ibrahim's wet dream for Axiata-Telenor merger.

Mahathir not told the truth? 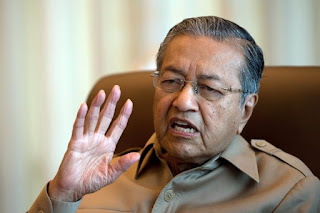 Since Telenor will have majority control, its more accurate to refer as Telenor-Axiata deal.

In last month's posting, "Kit Siang cannot forget politics, Political economy Malaysia cannot be without politics", it was mentioned Tun Dr Mahathir is not pleased for not briefing him truthfully of the merger.

A "surat layang" or poison letter entitled "Nasi banyak lemak-lemak" against Jamaluddin and his trusted CEO from Maxis's days, Mohamed Idham Nawawi is making its round.

The letter acknowledged that piece of information.

At Maxis, the complain among Malay staff of Jamaluddin is his "nationalistic" character. It is now proven wrong as he is more "multi-national"-istic.


Going to the Board meeting, Jamaluddin and Idham will not be comfortable with exposure they were involved in the campaign Hebatkan NegaraKu video for BN by GLC CEOs.

However, the letter's accusative questions of Axiata shares, property and resort sales to Axiata vendor need to be substantiated with evidence. Such manner of accusation only works in the days of Mahathir's open letter to Tunku Abdul Rahman in 1969. 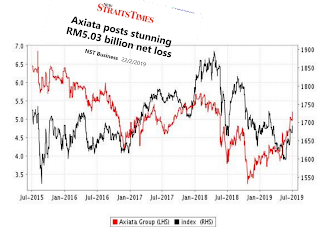 The letter reminded its readers of the bad news hogging Axiata prior to the Telenor-Axiata merger. To quote the letter:

In Japan, such a performance would demand management to commit harakiri or worse, a Mishima's honourable Sepaku. In Malaysia, the letter claimed GLC heads "can still walk around with their heads held high and paid millions in salary". 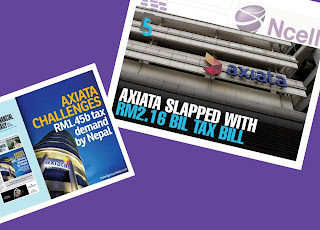 Questions should be raised of the Nepal tax fiasco:


... why is the buyer (Axiata) paying the tax for the transaction when it should have been the seller? Didn’t the contract put in place protect Axiata from such things? Were there not an indemnity clause, which is quite standard, put in place?

The letter writer did some digging to a Nepalese businessman by the name Satish Lal Acharya.

He used to be a local partner in the Nepal transaction with a 20% stake in the deal and a quick search on the internet raised questions on his business ethics. More questions asked:


... why a company like Axiata using a shady character to do this transaction? Is that why the contract was so poorly written? Was there a side arrangement between Jamaludin and Satish on this deal? Did the Axiata board of directors with Chairman Azman Mokhtar condone this  ??

From there, the letter released the bomb on the big bang announcement of the merger. More questions...


... why now? Why announce when the due diligence has not even started? Is this to divert attention away from Axiata’s poor performance and the boo boo in Nepal? Is this a diversion to hide from what the Nepal deal could potentially expose? 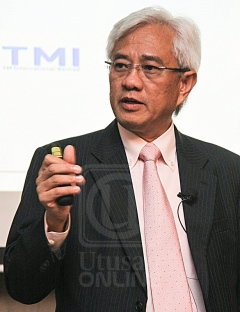 The letter accused Jamaludin of lying to the employees too for saying this is a “merger of equals" when the equity is Telenor 56% and Axiata 44%.

Jamaludin told them they are not losing their jobs but will be offered VSS. In the meanwhile, Telenor is busy cutting jobs everywhere.

The letter commended Mahathir for his concern and referred to him as beloved. Questions are raised of Jamaluddin's "nationalism" and "multi-national"-ism:


... what is Jamaludin thinking about when he is willing to sell his soul to Telenor? Is he again kow towing to the mat sallehs like how he has been doing all these years? Is this about saving him and giving him a bigger job and to hell with the employees? Is this a cover up for the shady Nepal deal so that it gets buried under the merger? What will happen to Celcom employees who will surely lose their jobs?? These are people who voted for the change in government. What has happened to Khazanah who seems to have lost their voice?? Is Datuk Shahril in cahoots with Jamaludin? 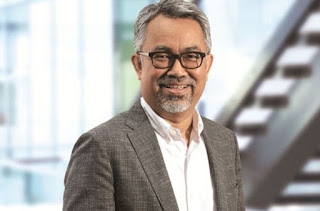 The letter asked are we not in Malaysia Baru era? Didn’t we vote for a change?

Well... we didn't vote for Malaysia Baru. Nevertheless, change for better is fine.

If the government is truly Malaysia Baru, Khazanah board should investigate the authencity of the claims before making any decision.

With a poison letter making a return albeit electronically, its Malaysia Lama 1969. Hahaha...

Celcom employees will surely lose their jobs? What made you conclude that way? Because celcom isn't as good as digi?

Money leaking out like water in Axiata, especially Axiata Digital Services where they hired Zoran Vasiljev from Serbia as CEO, his monthly travelling expenses rm100k+, he hired several expats from silicone valley all NATO paid in USD....Oliver Letant, Bobby Napiltonia and more. They are eloquent and good at selling ideas concept (whether it's implementable/within their committed timeline, that's a different story altogether) but no follow through for implementation, all goes to the drain.

From Axiata to Axiata Digital to Yonder. 11street, Unlockd. Boost, ADA, Apigate etc. The same Strategic Consultants.
Screw me once shame on you, Screw me twice shame on me. What do you call it when it’s “Screw me thrice”, or should it be
the fourth time screwed, now?

who were these consultants? BCG?