"...the Bible tells us that we're created in the image of God. And instead of believing that, we've decided to create God in our image. So now we can all make up our own god. Since there isn't any real God, we make up our own god. And so, our gods are the gods we feel comfortable with." - Dr David Paul Jeremiah

The link to the above video was sent by a Catholic friend.

The opening part of video at 2:35 mentioned people stopped believing God created us and now they are their own god.

It strikes the right chord against those with preferential version of God as only compassionate, but ignore tenet of Islam on belief in the hereafter, and existence of heaven and hell. Some liberal Islam blogger believe we die as any plant and animal to be reduced to compose heap..

It maybe inappropriate to some Muslims to use a Pastor's lecture to justify the cause of religion over secularism. More so, on a Friday.

However, though Senior Pastor Dr David Paul Jeremiah is promoting his evangelical cause and few Christian doctrines such as original sin are not concurrent with Islam, there is universality in the message he brought.

It is not about looking at differences but a common message.

Jeremiah's message has relevance to Muslims and all Malaysians, who profess to a revealed faith and adhere to the first tenet of the Rukunnegara, which is Believe in God.

Secularism should not be allowed to seep in and redefine the nation's law and encroach into spiritual life of all Malaysians.

And Malaysians of all religion should fight to defend spirituality against God-less secularism. 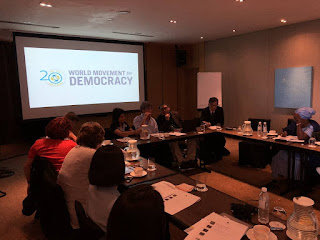 On July 9th, there was a discussion organised by the World Movement for Democrasy at Hilton, Kuala Lumpur. 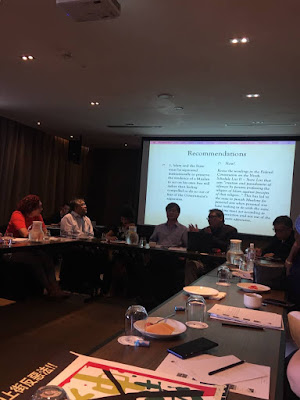 There was a session which had touched on syariah law.

One Dr Farouk Musa claiming to profess Islam and leading a group called Islamic Rennaisance Front argued for the proposal to rid the power of the syariah court through a proposed constitutional amendment of Schedule 9 of the Federal Constitution. 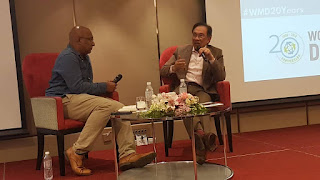 Among the participant of the discussion was elDato Seri Anwar Ibrahim, the claimed PM-in-waiting and perpetual PM inspirant. 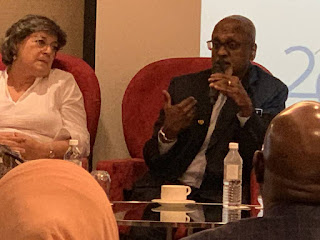 There were familiar legal and human right activists faces behind the political parties DAP and PKR of the current government of Pakatan Harapan.

The strategy undertaken by this anti-religion liberals is aimed towards the "official" and constitutional status of Islam as described in Article 3 of the Federal Constitution as "religion of the Federation".

Though the freedom to profess and practise other religion are safeguarded under the Constitution, they are up in arms against administrative and legal manner on conversion of Muslims to other religion, religion of children from parents divorced due a party converted to Islam, and status of faith of deceased registered as Muslims.

The intention is to create inter-faith friction between Malaysians of different faith, specifically non-Muslim against traditional Islam practitioners and Islamic authorities.

The strategy extended to infiltrate Muslims of different Mazhad, or syiah or philosphical inclination to create a sectarian clash among Muslims.

Liberal Muslim thinking is prevalent in such groups and political parties PKR, PPBM and DAP. 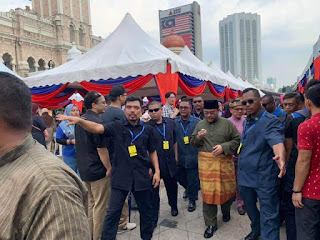 "Rahmatan lil alamin" means the universality of Islam is to bring rahmat or good tidings or benefit to all of mankind. However, it is seen as weakening the status of Islam as religion of the Federation and leaning more to defending the interest of other religion instead of their right. 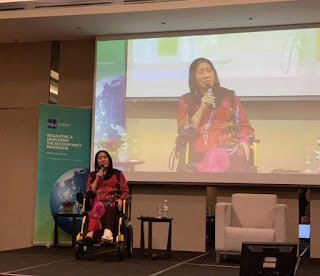 The extend of Mujahid's handiwork goes to destroy Islamic institution like Tabung Haji through deceipt and manipulation. They announced a profitable first quarter and the latest profitable first half from kitchen sinking and excessive provisions.

The truth remains hidden and the details should reveal that it is not a positive development. The bonds that is supposed to be issued for May is not known to have been issued.

The increase in incremental profit for second quarter is less than first quarter. Hidden the first time net outflow of deposits and poorer quality but more costly Haj this year. It is due in a different posting. 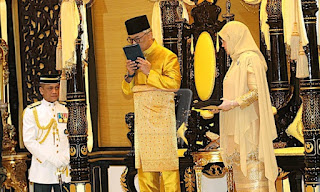 The stated intention of this grouping of lawyers, human rights activist, LGBT promoter and liberal-western emulator politicians are disguised as causes towards greater religious freedom and tolerance vis-a-vis religion of majority, Islam.

However, the real intention and implication is more far reaching to the spirituality and morality of  all Malaysians.

In the lecture by Jeremiah (transcript here), he advocate the existence of God should provide the basis for absolute values of right and wrong. Ethics and morality should remain within the dictate of God and not defined by the minority of lawyers, activists, politicians and bureaucrats or in short, man.

Though seen from a Christian perspective, Dr Jeremiah stressed the need for religion as guide on society, government, and public morality. To extend that, men and women of faith should resist the effort by liberals and lawyers to stop acknowledging the role of religion.

From that perspective, it is not to the best interest of both Muslims and also non-Muslims to allow  secular thinking of liberal and human rights activist to proliferate.

It may seemed to be the fight for freedom of religion and empowering the religion of the non-Muslims. The truth is otherwise as it is aimed at all religion eventually.

By allowing the movement to disempower syariah law for Muslims to determine their code of conduct, it will eventually encroach into the affairs of the chosen religion of non-Muslims. It happened and visibly seen in the west.

It may not be difficult for non-Muslims to digest but defending the syariah court for Muslims consequently means preserving spirituality in everyday life and protecting the sanctity of their own choice of faith.

Ponder over it. The interfaith disputes are administrative in nature and should be solve together in the spirit of 1Malaysia than the atmosphere of adversary and cocophony of Malaysia Baru.

Preserving Shariah Courts and JAIS, MAIS, JAKIM means preserving Constant Bail out of Tabung-Haji-Felda to the tune of $25 Billion in pepetual Eternity and also Corruption for Eternity of SUCH GRAND 1MDB SCALE and Force Conversion like Diksa Prasana!!....That Means Preserving the Poverty and DUMB DOWN Arab Malay for Eternity..... 60 Years of CRAP will continue as long as Shariah is preserved....Secular LAW MUST REIGN SUPREME....otherwise its Bankrupt Malaysia in 10 years.....Preserve Shariah...Jakim, Jais for your Complete Destruction and Obliteration of the Melayu we all know!!

Liberalism, globalism and secularism is dying. Nationalism will rise from the ashes. Welcome to the post-modern world.

Holding on to a faith is better than without. However, religion is suppose to bring peace but it is soldom the reason behind conflicts.

If all adhere to the ritual and more important, spirit behind religion, there should be peace.

Tolerate and accept the differences in faith for a start.

Bumi non malay will need to elaborate to be convincing that preserving religion in private and public life lead directly to all that thee mentioned and it is not merely spurious relation and weakness of individual man.

As I see, those issues, especially interfaith matters could be overcome and abuses does not negate the need for religion and its values in personal and public life. Without religion and self consciusness, such wrongful act could only be worse.

Bumi Non Malay is wrong. Corrupt practices also happen in secular countries (Brazil etc) and communist ones (China). There is no need to conflate Syariah courts, JAIS and JAKIM with corruption. Did you know that the biggest international financial scandal is not 1MDB but Operation Car Wash in Brazil that involved Petrobras, the Brazil National Oil company.

Now in the context of Malaysia since secular DAP took over the Finance Minister role, Government debt is rising at a faster pace than under BN. Under BN (under Najib) although debt rose, economic growth increased more than debt growth that is why the debt to GDP ratio went down. Now the debt to GDP is increasing under PH.

Funny really when I can buy chicken and beef at a much lower cost compared to when BN was in control.
Petrol is also on the average lower compared to BN era.

Just what are you talking about?!!