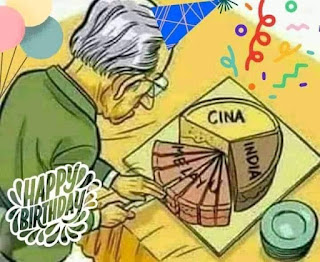 It's Tun Dr Mahathir's 94th birthday today. Believe in 2 days, it will be Tun Siti Hasmah's.

Do not know exactly cause have not being invited for any of their birthday bash for few years. Not sore cause it is a conscious decision.

Till today, our position have not been proven wrong in any fair and untampered court of law. While, the court of public opinion is increasingly becoming agreeable to what we view of them.

As told to a friend of more than 40 years, we had the foresight to anticipate the present disaster for the wrongful decision the majority had made.

Nevertheless, at such a very late age and still holding on to the highest executive position, it is a feat no mortals other than Mahathir could have thrived.

Certainly he must for the gruelling task in hand to clean up the mess of his own doing. 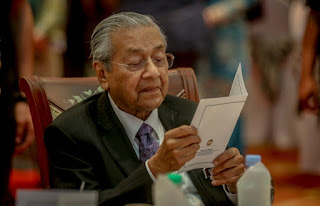 For the nation sake, the officers at the Prime Minister's Office should heed the wife's advice to keep reminding him of the things he should do, the salient points for any discussion, meeting, and press conference, and also past decisions he already made.

Wonder whether he is forgetting things as he did on the statement to appeal the Pulau Batu Putih.

Perhaps, it is to avoid the seldom occurance of U turns. One U turn itself is one too many. Not worth mentioning of the more than three dozen.

This is not 1980s Malaysia where public swallow everything that Dato Kadir Jasin spit in the media.

In this age of Internet openness, public could scrutinise the statements of public figure thoroughly. Media should gauge the public mind than try to force on them.

These days, the Kadir that could spit for others to swallow can't be reliable of his own suggestion.

The person he suggested for an important position in government turned out incompetent, reckless and disaster in the making.

It will look bad on both Mahathir and the other Tun, which Kadir is working for.

Mahathir, as told by the friend of more than 40 years, could lose attention by the third matter raised by officers in attendance. They have ten in the list to brief.

On two occasions, a reliably informed source said he took a break for the loo during cabinet meeting to only not return but gone home. 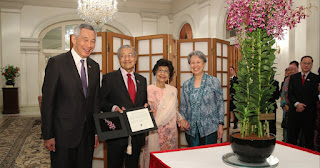 
Happy birthday, Tun, and many happy returns of the day. With sincerity and humility, I pray for your good health and hope you will remain as Prime Minister until GE15, if not at least for another two years.

During the early part of your term as 4th Prime Minister, we were a student and then entered the job market.

We were still absorbing the happenings in the country as a young adult and guided by the ideals picked up at University.

Over time and more of your financial scandals and failures turned up, we begin to form an opinion of you. Though you are capable of impressing a young man like us then, something was amiss.

Media made you to look impressive, but the decades of promises and intentions were not quite fulfilled.

You talked of ideas and launched initiatives, but it could not sustain and had limited success. The ones that succeeded could not last on its own strength.

The financial crisis of a doing that originated from you came in 1998. Dato Seri Anwar became a useful blame to divert the public of your own wrongdoings.

Your current diversion is hundreds of cases against your political opponents

Gave a try but no sincerity


Then we heard of your speech on the root cause of the Malay problem, which had always been our long held view, is feudalism.

It was at a breakfast do after Dato Mukhriz's victory the day earlier as the elected UMNO Youth exco member with the highest number of votes.

Since you are retired and supposedly have no vested interest, we were attracted to the idea to support your plan to give honest independent feedback to government.

You could be the channel to contribute our own views.

Unconsciously and slowly we got dragged into UMNO's factional politics and the rest is history for Pak Lah.

But come 2015, you wanted us to support you to bring Dato Najib down.

Not again. Why must it be you all the time to keep bringing others down? Enough is enough.

Not only we are not going along, but we are going to resist you, come what may.

We lost a lot of friends. Najib people could not trust and were not comfortable with us. But what do we care. We only have ourselves to answer.


We won the battle from within, but you stretched it beyond the gentlemenly confine. At the end, we lost and BN became an opposition.

As for Najib, he is in and out of court daily while at the same time, soldiering on to expose the fallacy of your government.

One year after that historical defeat, with pride and confidence, we could declare that we were right.

The much anticipated to happen has happpened and the worst is yet to come.

The lies concocted to blame the previous government such RM1 trillion debt have made public realise you are leading a dysfunctional government!

Your greatest lies on 1MDB dare not be presented in court. The SRC trial is only showing to all how wicked you are. No Kadir Jasin blitz can put wool over the public eye.

Jho Low or Nik Faisal had long been known to be the culprit. But the accusation of Najib is far from proven.

Four years ago you could not explain how RM42 billion went missing and you still could not today with the power in your grasp.

Struggle that never was 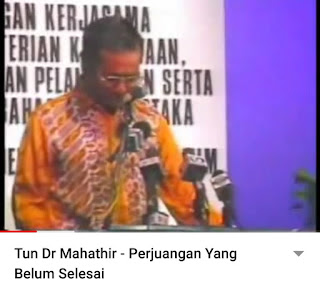 You recently talked of Malay unity, but it had always been you that disunited the Malays by decades of animosity towards PAS for your 1969 election loss.

The NEP was meant to uplift the poor Bumiputera, especially the majority rural Malay but you came and dismantle all the policies, programs, and institutions built by the late Tun Abdul Razak.

It is not supposed to be racially discriminatory, but you used it to take advantage on the hardworking non-Malays.

We have sufficient grounds to believe that you are against any proposed policies or efforts that could truly and effectively  empower the Malays economically, and remove the structural handicap that systematically impede Malay progress as a result of feudel culture, hundreds of years of colonisation and Chinese economic monopoly.

Your efforts to help the Malays are mere facade. You prefer them to remain poor, uneducated and dependent so that they can be easily manipulated to politically support and perpetually be in awe of you.

Something must have happened during your childhood that made you scarred for life, and remain bitter and vengeful till late in your life.

Unless you repent and apologise, you are piling up sin by the day.  We will not be misled to the path of hell taken by others.

Beginning of a humiliation 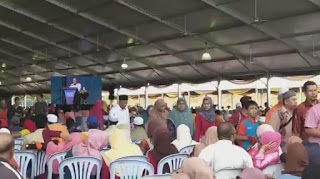 The event at Felda Selancar 3 is a reminder of our temporal existence on earth. For you, it is the beginning of Malay realisation of what actually is wrong with you and the ulterior motives behind your intentions.

They are saying it out loud that you have turned senile. And they could now see that you never had any empathy for the common folks. 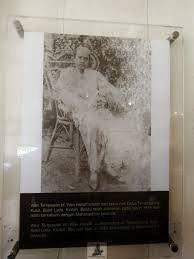 On your birthday, we are surprised by the Bernama report as per the extract from RPK posting:


Tun Dr Mahathir Mohamad, who turned 94 Wednesday (July 10), has described his late mother, Wan Tempawan Wan Hanapi, as the most influential individual in his life.

“She brought me up, she taught me the way I should behave, the things I should do,” the Prime Minister told Bernama Radio in a special interview to mark the happy occasion.

Please Tun, spare her soul. At 94, no blame should be on others but yourself.

Pencenlah and allow the country to move forward. Your so-called great idea and innovation was actually a regression and expired out-dated ideas.

Pejuangan tidak akan selesai dengan landasan dan niat yang salah. The few years to step back made us realised that there never was in the first place but only about yourself.

Give the Malays the freedom from the shakle of your presence and allow them to continue their struggle to uplift themselves without your shadow looming.

Your children can fend for themselves.

Thumbs up to the author.

He will DIE eventually....and before that in 2020 Sabah-Sarawak Sack malaya to Realise the Singapore Dream....Enough of the Islamic Arab Melayu Fake Sultan Agong Shariah Bahasa Bodohkan awak CRAP....with $1.4 Trillion in Debt....Foreigners please Avoid Malaysia as Investment destination.....because No Islam Arab Malay Bias Racist Supremacist Run Organisation, State or Nation IS ANY Good inthis world......think about it!!