Will the independents displace UMNO candidates in 11 constituencies? 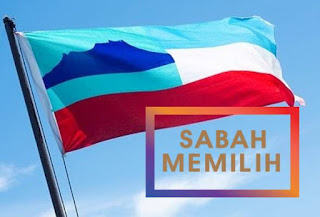 Campaign for the Sabah state election ended midnight last night. Any campaigning will only be online and last minute whispering reminders.

Provision of transport as in Peninsular Malaysia is not widely practised in Sabah as it is physically limiting and political parties merely give supporters money to arrange their own transport. That money should be considered corruption as it is usually more than required. There could be bidding war between competing parties.

In Sabah political circle, they are quite upfront and it means the practise is a norm and widespread, particularly in the rural parts of Sabah. The size of the so-called transport money and being the last to pay before polling could determine the outcome.

Information received this afternoon Warisan has been aggressively dishing out transport money to add to their widespread and large posters, banners and flags. It is to compensate their overwhelming disadvantaged position in the campaign issue. 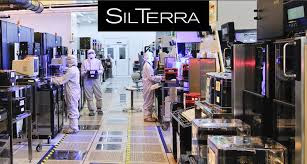 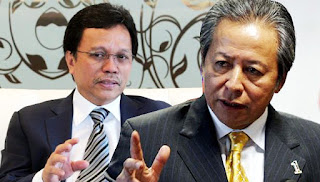 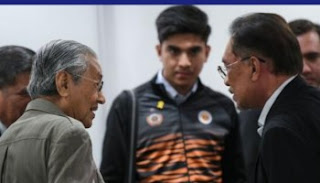 Despite scepticism over Syed Saddiq's intention to launch a youth party to contest for the upcoming 15th General Election, it created quite a buzz that over a wedding last weekend a young man was confidently claiming young voters will join in drove and support him.
The young man must be a staunch believer as he gloated about how different, decisive, and independent young voters are in their political views and demands.
However, that narrative is not new and not unheard off. Graduates returning from abroad 40 years ago were expounding the same civil libertarian virtues. Where there is progression in the youth thinking in the past, today's youth lacked any sense of history, continuity and consistency in their thoughts.
Youth and new voters created the tsunami that brought the mighty BN down in May 2018, but in a year, they changed preference and gave the cue that led to the fall of PH in March. A bit more than 100 days, the sentiment and rationale seemed to have shifted.
Young and new voters form more than 60% of voters. Syed Saddiq could make an impact should he be able to get his resources, organisation and message in place. Whether they could win any seats, it is yet to be seen, but to be a spoiler, his new party could do.
Instead of downplaying Saddiq, Johor MB Dato Hasni Mohamed should ignore him. Hasni argued that BN could be a better voice for youth than the dedicated youth party
Frankly, the youth party is merely a script and transitional phase for Saddiq to take sabbatical leave from politics and save himself from being charged for money laundering. Betcha he will suddenly show up with a letter of offer from Oxford University.
Read more »
at 9/06/2020 03:34:00 PM 1 comment: