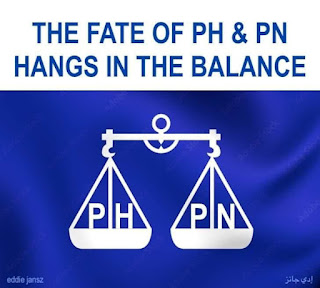 GE15 campaign lacking depth that Zahid be made into an issue 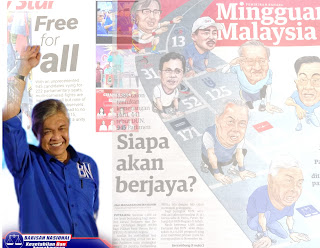 PKR have been campaigning that it is Anwar’s turn to be Prime Minister (PM). They have been peddling his once dubbed the best Finance Minister.  Yet creating the fear that a vote for BN is vote for Zahid as PM.
So shallow is the narrative of the campaign that it imply Barisan Nasional (BN) Vice President, Dato Seri Ismail Sabri’s leadership has put the nation in the right track in addressing the post-pandemic economic crisis worsened by the war in Europe.
BN should be given a new mandate to continue the effort with a full-fledge team of more experienced and competent Ministers from BN and their former coalition members. The Perikatan Nasional (PN) misfits have proven to be inadequate, incompetent, and just filling up the number, thus rightfuly replaced.
Surely Tan Sri Muhyiddin would disagree as he uttered the word “gagal” (fail) towards Ismail. The political animal Dato Seri Anwar Ibrahim would naturally concur. And, so would Tun Dr Mahathir despite his party or coalition is brushed off by all as insignificant.
Why then is the obsession by all parties in their GE15 campaign to deviate from the real concern besieging this nation for a concerted effort to slander UMNO President, Dato Seri Dr Ahmad Zahid Hamidi?
Read more »
at 11/12/2022 03:54:00 PM No comments: 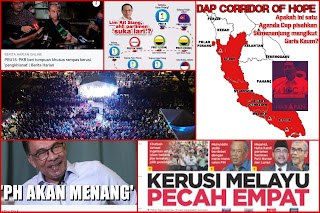 This evening BN will be announcing their much awaited candidate list.
It is known that BN is on a rejuvenation mode to put up 70% new and young faces, the proven formula for their success at the Melaka and Johor by-election.
Few renown veterans have been dropped. The surprised, unhappy reactions and opposition is only expected. Usually it will last for few days before campaign resume as usual.
The strategy behind the candidate list for DAP, Amanah and particularly PKR is most interesting.
It is a massive make or break exercise to emulate Lim Kit Siang's proven, for lack of a better term, "shifting cultivation" strategy.
Read more »
at 11/09/2022 11:41:00 AM No comments: