Wishing a hopeful and safe CNY 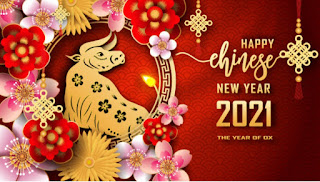 Its the second day for the relaxed MCO for dine-in eateries.
If all is relaxed, might as well call it CMCO. Still figuring out the need for emergency since talk.of a June election is in the air. What a farce!
Today one member of the breakfast group was missing as he attended a temple ceremony. Only knew, he lost his first born to Covid.
Its Chinese New Year's eve and family dinner is this evening. So it would be a sad New Year for him and his family. Its been a sad and dreadful year to many.
Still it is not just about being customary to wish good tiding for the occasion, but also an expression of hope that the present predicament to our health, livelihood and disrupted life will come to an end.
We are wishing all friends and readers, Xian Kwai Ler. Gong Xi Fa Chai. Happy New Year.
Please be safe.
at 2/11/2021 03:58:00 PM 2 comments:

Allegation linked to S'ngor royal, questions on Covid stat as rumour of Conference of Ruler meeting 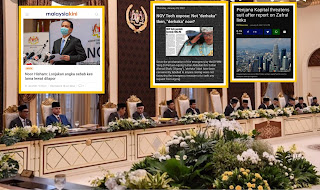 Last Thursday's posting on six corvette contract for RMN has yet to be answered by Istana Negara media. Perhaps their approach is to ignore and hope it would die down.

Rumour going around that there is a Conference of Ruler meeting for tomorrow Tuesday February 2nd. It partly explained for SteadyAku47 timely release of division among brother rulers on the decision for emergency and his motivation to update on the contract and revive decade old exposes.

According to SteadyAku, Sultan of Selangor is in agreement with Agong on the emergency decision. Consequently last week, it was exposed that Penjana Kapital VC Fund are being managed by Fund Managers linked to the Selangor royal household.

Penjana denied the accusation, but held back from providing any information to dispute the revealed information to instead resorted to legal threat. That is suppression rather than engagement and explanation. It does not discredit the revelation but raise more suspicion.

There are questions being raised on Social Media on the methodology or precisely the transparency of the escalating Covid number that has reached above 5,000 and Director General Tan Sri Noor Hisham Abdullah forecasted to reach daily level of 8,000 for March 2021.

Is that to scare off the apparently more number of sceptical brother rulers to support Agong's decision for emergency and albeit save the premiership of Tan Sri Muhyiddin?