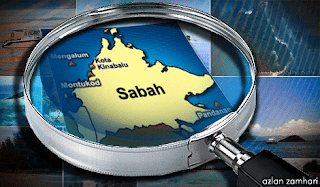 This blog had questioned the sensational reporting by certain Sabah newspapers to sensationalise their reporting on the early finding at the initial stage of the Royal Commission of Inquiry on Illegal Immigration in Sabah to incite the KDM community against the BN Government. Read here.

In "Anwar's Sabah Pandora Box" here, we argued that PBS did not lose power due to claims by former ISA detainees of illegal immigrants voting but from Anwar's money politics and Sabah's "frogging" politics.

We revealed the early phases of naturalisation of illegal immigrants and pointed out the third phase of 1993-95 coincided with the 1994 state election only involved size of 16,000 immigrants.

MyKMU is on a warpath over the sales of KFC.

What strikes us is why is this habit of selling valuable asset still occuring under Dato Najib's watch? This is one of the main grouses against the policies of Pak lah.

During Pak Lah's reign, he gave his corporate newbie boys the free hand to sell national assets to foreigners. Now that Pak Lah is no more around, why is this still continuing?

These young corporate boys are being paid handsome salary. When are they going to show us that they are capable of building something?

Below is an open letter to Menteri Besar of Johor: 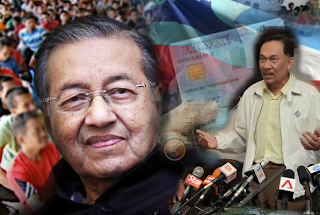 In discussing issues on Sabah, one must differentiate between the voices of the people or rakyat and polemics of politicians. Even the term rakyat can be an overused term and bordering on cliche.

When PKR, PAS and DAP made headway in the 2008 general election, Dato Seri Anwar Ibrahim claimed it is peoples' uprising or kebangkitan rakyat.

However, it was not across-the-board rakyat but mostly Chinese voters shift for DAP and Chinese PKR candidates at the cost of MCA and Gerakan. So, the so-called kebangkitan rakyat only involved Chinese.

Same with the controversial and at times, provocative views from Sabah towards Semenanjung or the federal government. The politicians claim it is the voices of the rakyat but it does not emanate from Sabahans. It is merely Sabah politicians' seditous campaign in their quest for power.

In the same note, the on-going Royal Commission of Inquiry (RCI) is not likely about seeking the truth or reconciliation with the past but to lay blame on their past "defeat" from the real reason to the immigrant naturalisation exercise.

That way they could reuse this old campaign theme.

In an earlier posting here entitled "Sabah's newspapers attempt to incite KDM", Chinese DAP were told not to interfere in the Royal Commission of Inquiry (RCI) on ICs given to illegal immigrants in Sabah.

For those given citizenship by the Malay rulers on the principle of Jus Soli, they have no business to question those who were given citizenship on the basis of Jus Sanguine. They have more natural rights than Chinese who are immigrants from far away land with culture so alien to Sabah.

Lim Kit Siang did not heed that reminder and raised the issues in the RCI in his blog. He copy and pasted  sensationalise reports from opposition friendly portals. It only goes to show that this veteran politician has no shame.

Nevertheless, those pasted reports are useful references to question the credibility of witnesses that made those sensational statements on the third day of RCI yesterday. 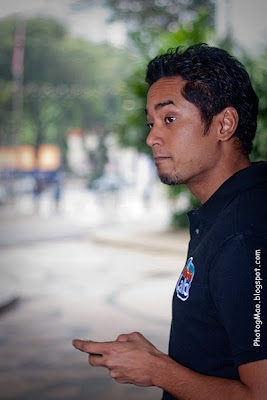 Yesterday's Utusan Malaysia carried a news of all Kedah state assembly and parliamentary representatives pledging an oath to support all Barisan Nasional candidates.

The pledge was made by UMNO Chief Liaison for Kedah, Datok Ahmad Bashah Md Hanipah after Kedah's UMNO Election Committee meeting on Monday.

So happen, Kedah politics was also one of the conversation subject at a durian brunch session we attended Monday morning. The talk is of much sabotage and blocking within UMNO Kedah.

Naturally, we checked the story with few people on the ground and swap info with some media friends to verify. It looks like few desperados have resort to cah keting (sabotage) in Kedah.

One of them identified to be involved is Khairy Jamaluddin. 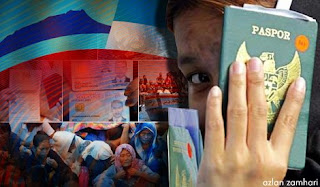 Other than the Perkara 20 or 18 in Sarawak, one popular political myth in Sabah that have been allowed to linger on too long and left not countered or explained effectively had been the illegal immigrant issue.

The claim was that illegal immigrants were given IC to vote for Barisan Nasional and helped to topple the then opposition government led by Datuk Pairin Kitingan's PBS.

However, few Sabah newspapers and the usually twisted opposition portals like The Malaysian Insiders, Malaysiakini etc spinned their report for the first day of RCI yesterday.

It is intentional and insidious.

Uprising for the Unthinking Public

Again, we've delayed the second part of our In the Flesh posting.

In the like of the recent Himpunan Kebangkitan Rakyat 112 (People Uprising Gathering 112) or HRK, it only makes it more relevant. So we have to comment about HRK first.

More so, as a regular follower of the late Malaysian striker, Mokhtar Dahari in his hey days, Stadium Merdeka is an all too familiar site.. We were there to see him from the now demolished upper terrace as he dashed along the left flank to give that whopper of an equaliser against England B in that full capacity night in 1977.

So no amount of argument will convince us that there are 100,000 at Stadium Merdeka on Saturday. So let us just discuss whether it was a success or not? 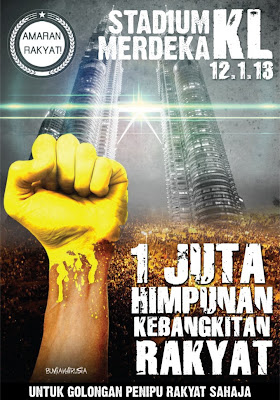 Some called it a Save Shamsidar rally to prepare for the commencement of the court trial for Dato Anwar Ibrahim's civil lawsuit against Dato Nallakaruppan. Shamsidar Taharin, wife of Azmin Ali will be called as witness and Anwar's lawyer failed in their application to the court to remove her out from the witness list.

Shamsidar was widely believed to have an affair with Anwar with Azmin's consent and that affair bore them a now grown up daughter.

DNA sample of the daughter was believed to be tampered with sample from Azmin and Shamsidar's eldest daughter was used. Then Investigating Officer, Tan Sri Musa Hassan raised in court that the sample was not taken with any police as witness. The suspicion was that the doctor cooperate with Anwar and Azmin.

All indication points tomorrow's, Himpunan Kebangkitan Rakyat (People Uprising Rally) to a last ditch attempt of Anwar Ibrahim to garner support and clean up all their acts in the past few years. If They are not desperate, they would have wait out for the election results.

It will not be a surprise to see the highly charged sounding event be similar to the Tahrir Square event in Cairo that was a popular uprising to topple the Government.

Yet BTN is accused of working for BN ... 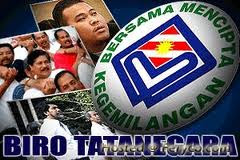 The second part of In the Flesh was delayed due to an "eventful" week. It will be published tomorrow.

For today, it will be a little hot in the collar for someone. But this is still friendly poking to remind that eyes are watching, walls can speak and marks all over to remind of the past.

So do not get jumpy. There is hotter stuff in the card should the response be rather juvenile and over.

Anwar Ibrahim and Pakatan Rakyat accused and claimed Biro Tata Negara (BTN) or the Bureau for Nation Building under the Prime Minister's Department and jurisdiction of Dato Ahmad Maslan as a government political machinery for sustaining Barisan Nasional.

Say what they may but there is a cliche that is gaining acceptance. "Whatver Anwar Ibrahim accuses the government or anyone off, he is likely to be a guilty culprit." It is his trick to avoid from any possible allegations against himself by accusing other/s first and loud.

If BTN is alleged as such, it is because Anwar abused BTN for his political agenda when he was Deputy Prime Minister. Even today, his affinity for a BTN-like outfit remain as in Selangor state funded company CEDC to do such courses.

There is also the use of Selangor state budget to fund for party campaigning particularly the controversial state budget for media but used as PKR party propaganda aparachik, including applying unethical slandering.

The truth to the matter is BTN does not do partisan political work. On the contrary, BTN seemed to work against the government.

For many years, after 2008, we've refused to write on the subject of blogging. It feels like being too full of oneself to talk of a subject in which one is a "player" (or that is what we like to believe we are).

Never mind the fact that people outside the blogging community, meaning the community of serious bloggers and not casual ones, usually come out with the wrong perspective based on wrong information.

As we celebrate the leaving of 2012 and the coming of 2013, it is also a celebration of our 7th year writing in this blog, Another Brick in the Wall, a name conceived at a makeshift weekend rock joint, D'Attap.