Why not just use "tuhan"? 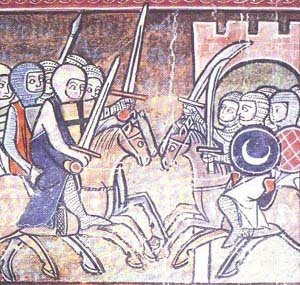 There were some hue and cries from the Muslims with the High Court judgement on Thursday by judge Datuk Lau Bee Lan to allow the use of the term Allah as God by Catholic publication, The Herald for their Bahasa Malaysia publication.

The Catholic welcomed that decision with a cautious celebration but is already making the claim Allah for All. That could certainly raise temperature. News reported a group of protestors gathered at the Masjid Wilayah after Friday prayers.

Noticably missing are PAS supporters and politicians. And, PAS politicians will be receiving the brunt of this judgement from Muslims. The Dewan Ulama and Erdogan faction agreed with the churches' demand.

UMNO politicians are absent too.

The respondent has within 30 days to apply for stay of excution or appeal the judgement. The legal discussion on the decision will evolve on Article 11.4 of the Malaysian Constitution and culture.

Do the normal European derived Christian practise use Allah as god?

PAS stand is mixed between politics and religions. The PAS MP and former Masjid Negara Imam, Dato Taib Azamuddin that have expressed strong opposition in Parliament.

For politics sake, the Erdogan faction, namely Khalid Samad and Dr Zulkifli Ahmad stand in favour of the churches in Parliament. The video of their arguments are consolidate in this posting by The Unspinners here.

As early as January 2008, Head of Dewan Ulama PAS, Dato' Ustaz Haji Mohamed Daud Al-Iraqi have stated nothing wrong with Christians and Jews use of the term "Allah" based on the argument they have used it since time immemorial.

The Mursyidul Am, Dato Nik Aziz shed off his conservatism on this issue for political expediency. He is the patron of the Erdogan faction.

Anwar have been liberal on this issue. It is politically convenient for his pursuit to be Prime Minister at any cost. That can wrap up the stand of PKR Muslims, except for Kulim MP, Zulkifli Nordin.

Zulkifli described it as the making of another Natrah, a 1949 riot in Singapore protesting the reconversion to Christianity of a daughter to Dutch war prisoner adopted to a Muslim women.

Can Christian call god as Allah?

Although it is pursued by the Catholics, what is the Christian's theological basis to call God as Allah?

This 2007 news taken from The Christian Post was placed in the commentary section of the blog Zorro Unmasked blog when the issue first surfaced. The President of the Southern Baptist Church finds it inappropriate. The news is reproduced again below:

One of America’s pre-eminent evangelicals is challenging the advice of a retiring Roman Catholic Bishop in the Netherlands who has raised eyebrows worldwide by suggesting Dutch Christians pray to “Allah.”

Dr. R. Albert Mohler, Jr., president of The Southern Baptist Theological Seminary, argues that it is inappropriate for Christians to call God Allah based on irreconcilable theological differences associated with the name Allah and core Christian beliefs.

The key condition behind calling the Christian God Allah is that Allah must refer to the same God as the one in the Bible. However, this requirement presents “a huge problem for both Muslims and Christians,” contends Mohler.

The theologian pointed out that the Qur’an explicitly denies that Allah has a son, and Islam considers the idea of a triune God to be blasphemy.

“Thus, from its very starting point Islam denies what Christianity takes as its central truth claim – the fact that Jesus Christ is the only begotten Son of the Father,” wrote Mohler on his web blog Wednesday.

“If Allah has no Son by definition, Allah is not the God who revealed himself in the Son. How then can the use of Allah by Christians lead to anything but confusion …and worse?”

Last Monday, during an interview with a Dutch TV program, 71-year-old Bishop Tiny Muskens promoted the idea of Dutch Christians calling God Allah, believing that it would ease much of the conflict between the Christian and Muslim faiths. Muskens contended that God doesn’t mind what He is called and the arguments over what to call Him is an invention of man.

“Allah is a very beautiful word for God. Shouldn’t we all say that from now on we will name God Allah? …What does God care what we call Him? It is our problem,” said Muskens, according to The Associated Press.

The retiring bishop was a former missionary to Indonesia – the most populous Muslim country in the world – for eight years, where he said priests used the name “Allah” while celebrating Mass.

In response, Mohler pointed out that it would be difficult to support the argument that “Allah” can be used as a generic term for God. The theologian said separation of Allah from the language, theology, and worship closely associated with it is difficult. Moreover, even non-Arabic speaking Muslims use Allah when referring to their god.

Another irreconcilable difference is that Jesus commanded his followers to baptize “in the name of the Father and of the Son and of the Holy Spirit.”

“When this command is taken seriously and obeyed, the whole issue is greatly clarified – a Christian cannot baptize in the name of Allah,” stated Mohler.

“So Bishop Muskens is disingenuous at best when he suggests that God does not care about His name. This is not a matter of mere ‘discussion and bickering,’” said Mohler.

“If Allah has no son, Allah is not the father of our Lord Jesus Christ…This is no mere ‘discussion and bickering.’ This is where the Gospel stands or falls,” the theologian concluded.

Bishop Muskens in the past endorsed other controversial ideas which went against the Vatican leadership – such as those who are hungry can steal bread and that condoms should be permissible in the fight against HIV/AIDS.

The arguement by the pro-Allah judgement is that Christians and Jews in the Middle East have been using the term Allah to described God.

But, the real suspicion amongst the Muslim is that there are intentions by The Catholic Church beyond use within the East Malaysian native Christians' community. It is believed to be for devious evangelical work among Muslims. Read this article in the blog Dari Kacamata Melayu here and here.

The legality given for use of the term Allah by The Catholic Church would be deemed as a stubborn attempt by them to insult to the status of Islam as the religion of the Federation.

Another article in Malaysiakini.com in February 2009, touched on the practise of other Christians denominations and thus questioned the intention of the Malaysian Catholic Church. Read below:

Other Christian denominations not using 'Allah'

With regards to Malaysia's Catholic Church wanting to use the term 'Allah' for God in its mouthpiece, the Herald, I must say that the organisation's intention is far from godly and Muslim organisations have every reason to get angry.

The decision to use the word 'Allah' can only mean that the Church, which is in a competition with other Catholic denominations including America's Church of the Latter Day Saints, or the Mormons to enlist new members, is trying to target Muslims in this country.

My question is does the Catholic Church realise that by insisting on the word ‘Allah’ for God, it is going to get into a deeper muddle.

For instance, since the Catholic Church believes in the 'Trinity' ie, God, the Holy Son and the Holy Ghost, is it going to use the term 'Anak Allah' for the ‘Son of God’?

The Muslims here may find it quite palatable if the Orthodox Church of Russia, Serbia, Greece, Cyprus or Romania want to use the word ‘Allah’ because these churches do not believe in the concept of the Trinity.

I believe the Orthodox Church also believes in the Unitary of God and regards other Catholic denominations as ‘deviant teachings’.

I would also want to ask the Malaysian Catholic Church if whether the word ‘Allah’ is being used by all Catholic countries like Ireland, France, Italy and all the Catholic churches in the US, UK, Australia and those in Latin America. Hello, I don't think so.

If the Catholic Church of Malaysia still wants to pursue this matter, have they consulted other Catholics and also the Pope because all the Catholic teachings must come from the Vatican.

And finally, if the Anglicans, the Methodists, the Southern Baptists, the Mormons, the Lutherans, and the myriad of other Christian denominations are not using the word ‘Allah’ for God, why are Malaysia's Catholics insisting on using it?

Zulkifli Nordin may be correct.

If this issue is not addressed amicably, it could turn out as another Natrah. The Muslim could interpret it as an attempt to convert Muslim.

The Catholic Church have been pushing the envelope with their legal attempt to; first, to by-pass the Syariah court in the conversion of a Muslim Women, Azlina Jeilani to Christianity, and second, the term Allah for their BM publications.

Why must The Catholic Church take this antagonistic route through the adversarial legal approach? After all, the Christian Ibans can easier pronounced the term "tuhan" than "Alah Ta'la".
at 1/01/2010 10:00:00 PM

Thank you for this articles, hope the malay muslim will learn something....

i personally think this has a hidden political agenda.

there are vested interests 'parties' want to break the foundation of malaysian societies bit by bit, and religion would be the best tool.

the thing is that this case is not about logic of using the term, this is about how much destruction it can cause by using the term. can't we see the momentum of the result of the court judgement? and it is predictable, i.e. this is what the vested interests 'parties' want to see, chaos!

some of the chinese are also confused. why must allah be used.

NO ONE beside Allah s.w.t. say or utter the "allah" in the Qur-an.

None of Khalid Samad's Christian or Jewish frinds has left any word in the Qur-an.

Khalid Samad has said something of Allah that he has no knowledge of.

The issue is simple, yes? In East Malaysia, there is a need for Bibles in Bahasa. Since Malaysia does not allow for publishing of Bibles in Bahasa Malaysia (for the same fears of converting Muslims), the Bibles are imported from Indonesia, and are in Bahasa Indonesia, which use the word Allah.

Now, if you don't agree, the solution is equally simple. Either allow Christians in Malaysia to publish the Bible in Bahasa Malaysia(so we can substitute the word "tuhan" like what everyone keeps suggesting, but missing the point that the Bibles are using Allah), or convince the Indonesian publishers to change it (which is not very likely).

Bottomline, if we are to use Bahasa Melayu as the national language, then we must accept that other religions will need to publish their religious books/materials in this language.

Dear Andrew,
Allah is the name of GOD worshiped by Muslims. GOD in Bahasa Melayu is TUHAN.
The same applies if I were to address you, I would say 'that is Andrew'. Because your name is Andrew. If I see another male, I would say 'that's a MAN. Because the man's name is not Andrew.
Can you see the difference?

I believe most Muslims/Malays will not object or have problem with Bible written in Bahasa Melayu as long as the word 'God' is translated to 'Tuhan' NOT ALLAH.

Forget about Indonesians', Sarawakians and Sabahans' Bibles. It cannot become precedence here because the word Allah have been used much earlier during the era of the Dutch and British colonial masters.

The issue is very simple, but why go all the way to 'own' it thru legal channel and at the same aroused the anger of fellows Muslims. What is the agenda? All religions in the world promote peace.

Is Archbishop Murphy Pakiam promoting peace by doing this?