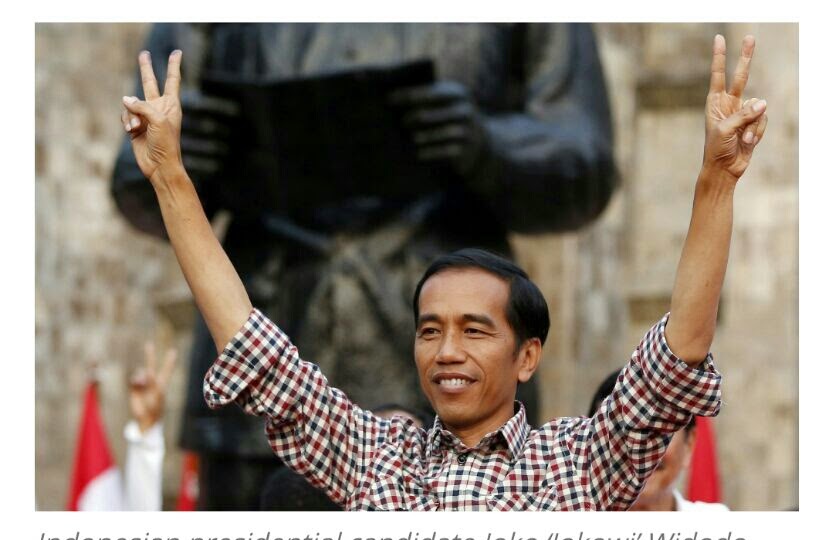 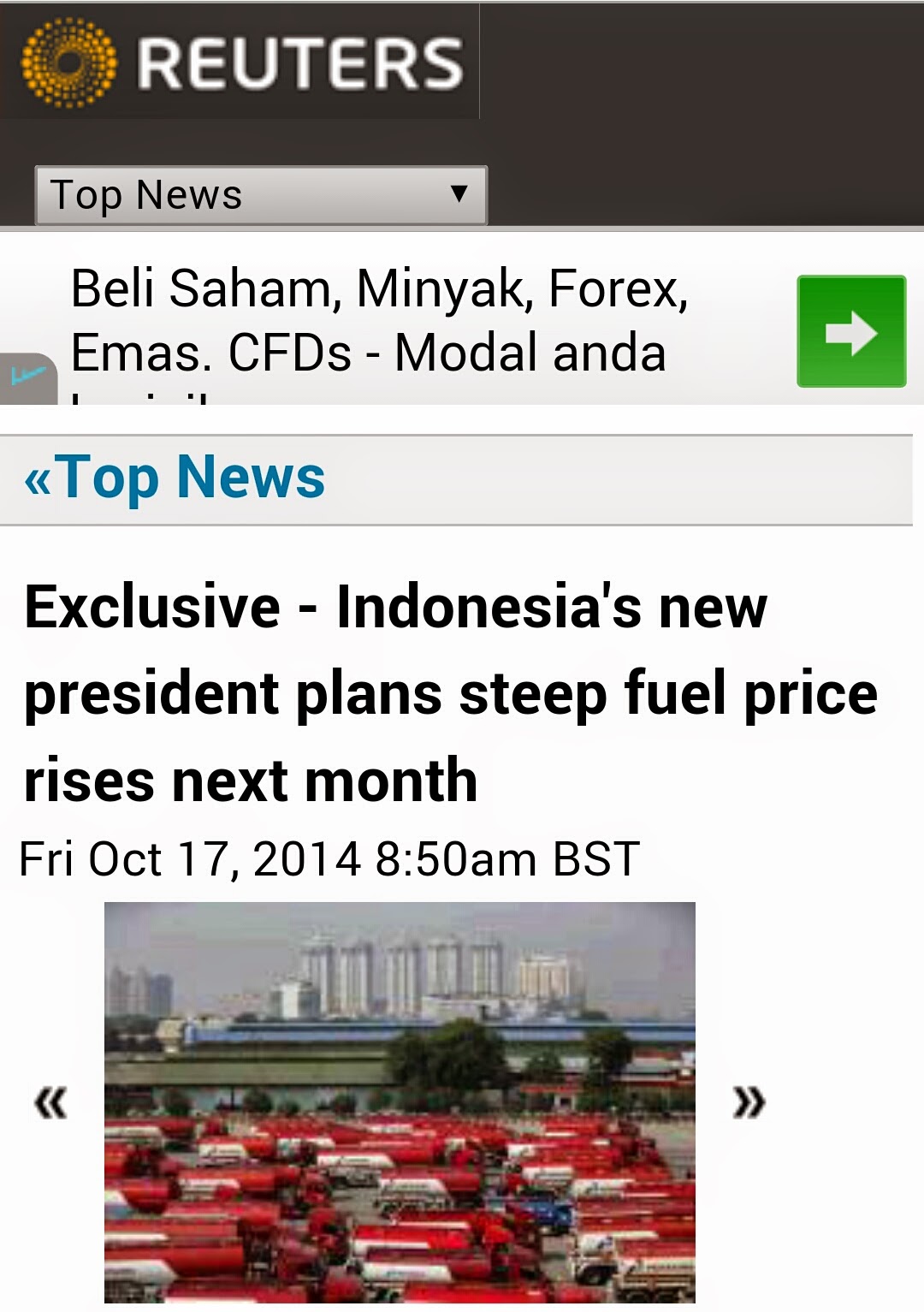 JAKARTA (Reuters) - Indonesia's President-elect Joko Widodo plans to raise the price of subsidised gasoline and diesel by around 50 percent within two weeks of taking office, a move that will save the government nearly $13 billion (8.08 billion pounds) next year, an adviser to Widodo told Reuters.

Widodo, who will take over the presidency of Southeast Asia's largest nation on Monday, is under pressure to reduce a budget deficit inherited from the administration of the outgoing president, Susilo Bambang Yudhoyono.

The aide said Widodo aims to raise the price of both gasoline and diesel by 3,000 rupiah ($0.25) per litre by November.

Indonesian fuel prices are among the cheapest in the region, with gasoline costing 6,500 rupiah a litre, and diesel costing 5,500 rupiah.

"The plan is Nov. 1 ... but it's safe to say they are likely to do it within the first two weeks of taking office," said the adviser, who requested anonymity because he was not authorized to speak to the media, adding .

The adviser said Widodo could still decide to "change his mind" on the fuel price hike at the last minute.

Elected in July, Widodo had hoped a politically unpopular fuel price hike would be imposed before he took the reins, but President Yudhoyono denied the president-elect's request in August.

The incoming president lacks a parliamentary majority, making it harder for him to push through measures, but parliament's approval is not needed to increase administered fuel prices.

To offset the higher fuel prices, Widodo plans to provide the poorest families with 300,000 rupiah per quarter until the first quarter of 2016, the adviser said. And Widodo will consider whether to raise fuel price again in the fourth quarter of 2015, the adviser added.

The government is expected to save 156 trillion rupiah (£7.94 billion) next year in fuel subsidy costs, the adviser said.

Widodo's advisers say the money saved would be diverted to spending on infrastructure, agriculture, education, and health projects.

The 2014 budget deficit had been targeted at 2.4 percent of gross domestic product, but it is in danger of busting a budget law setting the limit at 3 percent because of a shortfall in tax revenues and the slowest economic growth in five years.

(Reporting by the Jakarta bureau; Editing by Simon Cameron-Moore)

Aren't we Malaysians so lucky that the government is still considerate on the plight of the rakyat?

Hopefully it is a saviour for Najib.

That is if his highly paid media consultants and psywar strategist knows how to exploit the opportunity that is presenting itself.
at 10/17/2014 06:41:00 PM

You said "There is no BR1M, nothing in the pipeline to buffer the impact."

But the report below mentioned, "To offset the higher fuel prices, Widodo plans to provide the poorest families with 300,000 rupiah per quarter until the first quarter of 2016, the adviser said."

No need to blow trumpets. What Jokowi is doing is similar to what we're doing here.

FO Joko the future of the country come first and it that what it takes to push people to the limit of not depending to govert than be it fall or not fall of Joko time will tell. Malaysia give and give and give then raise and raise the 'People elected representive Parlimen allowances'. For Malaysia Rakyat and Allowances first then Country. Differences between Najib and Joko is Joko won on popularity while Najib is 'Seeking' popularity to retained power in GE 14. We love you Ah Jib Gor. Maaf and ampun kan saya atas comment luahan dari hati kecil ini.

Ok I miss that. But it is still not as luxurious as BR1M.

Nevertheless it does not diminish the point that the Indons generally have to independently be resourceful to address the expected price increases.

It will serve to strengthen the views of those who see Malaysians as being too pampered and dependent on government.

More so with our weak consumerism

Aint much but would that be sufficient for Indonesia?