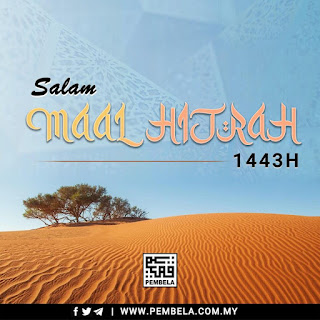 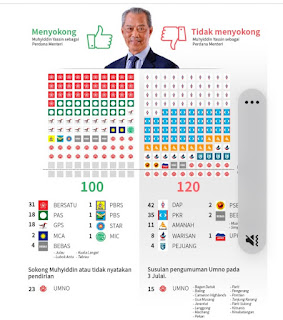 Now is in the midst of offering "durians" to secure MPs' support in a corrupt manner.

He or through his people abused ROS to unfairly apply pressure for UMNO party election with the intent to replace the leadership with his people at the worst stage of the Covid 19 pandemic.

This need to take into account ROS has rejected other parties application for party election.

The talk is political war chest allegedly raised from corrupt means and illegal sources is being used to buy UMNO Divisional Heads for support in.his attempt to interfere into other political party affair. 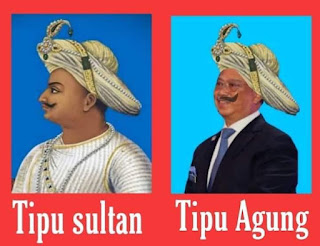 These are desperation attempts to remain in power and salvage from his political freefall.

Customarily, there is no way to get away from "Tipu Agong" he has majority.

In addition to lying to Agong, he bluntly said, "No, No, No". And again, stubbornly said, "No!" to Agong's request for Parliament to convene immediately.

And in turn, a silent campaign is going around to accuse a palace official for collusion, when the official was defending Agong against his rude conduct.

So, why wait for September?

The GE14 started a new trend to depose government deemed corrupt and failed in their policies.

PN is led by leaders who are incompetently slow and indecisive, excessive in their politicking, corrupt in conduct and thinking, and failed crisis manager.

Pandemic or not, there should be no second chance.

A unity government free from politics and capable crisis manager is urgently needed to align the country to correct the failures of PH and PN with the hope it could set the right path to recovery.

It is not the time for indecisive, bureaucratic and business-as-usual politician style government.

Time for reset and reborn.