UMNO will continue to remain relevant

The night before the Vote of Confidence in Parliament, there was a Sinar LIVE session last December 15th.
Lecturer for the Centre for Communication and Media Studies, Ts Nurul Aishah Ab Raman expressed the opinion UMNO's brand remain relevant but need changes.
She is right to say so. Branding is important in politics. Golkar is not as dominant as in the days of Sukarno and Suharto, but the known brand remain the party to watch in Indonesia.
So does Kuomintang of Taiwan, Congress of India and LDP of Japan.
Any discussion on US politics will always be about Democrat and Republican. In the UK, Australia and New Zealand, only Conservative and Labour dominate discussion.
Malaysia's policies and politics will always inextricably be tied to UMNO. Not PKR or PPBM and surely not DAP or PAS.
All the PMs after Najib continued the BR1M program of UMNO albeit frequently renamed by the successive PMs.
Despite winning GE14, PH remained wary of UMNO. Since Sheraton move, all the successive ad-hoc coalition governments needed the presence of UMNO in government.
For these armchair analysts ready to write off UMNO after the upcoming six state elections and for barring contest of top post, it is too premature.
Premature assumption 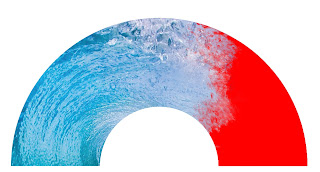 Politics is alike to a cyclical wave oscillating up and down with its peak and trough.
UMNO's upcycle took 60 years since its establishment during the emergency in mid-1940s. The downcycle begin when Mahathir begin meddling in Abdullah Badawi's administration prior to GE12 in 2008. It was the first time UMNO won the election without two third majority.
GE15 is the lowest ever win for UMNO with 26 seats and BN, whose practically left with the original skeleton membership from the late 1950s Perikatan coalition, won only 30 seats. The year 2004 is the peak and 2022 is the trough.
It is possible that the GE15 momentum remains and UMNO will not come out of the trough yet in the upcoming state elections. UMNO should lose badly, but it is not a full cycle yet. It should need few more cycles before its actual demise.
Mature organisations have the ability to rejuvenate after a period of dormancy to consolidate itself. UMNO should not be ruled out yet. Despite having low number of seats, its recent General Assembly still attract national attention.
More so, almost all political parties are void of a Prime Minister material as leader in the top echelon. Most of the potential young leaders and those in the succession plan have tarnished reputation or integrity issues.
It is Anwar's luck in timing to be in the right place at the right time to benefit from "UMNO internal sqaubles" (if UMNO-PPBM rivalry is to considered).
Leadership change? 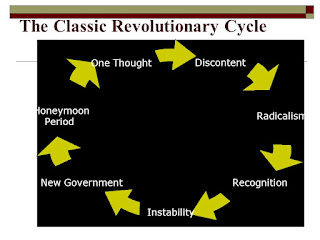 Nurul Aishah placed a caveat on the relevancy of UMNO's brand. In her hanging and inconclusive remark on leadership change, she held back from committing to say change the President.
That was the campaign theme played by PN and detractors within the party or now referred as pro-PN geng broker. The same theme Mahathir and Muhyiddin incessantly played since winning GE14 under PH. It eventually led to the allegedly false convictions against Zahid Hamidi and questionable trial of Najib.
As an academician, Nurul Aishah will claim she has justified reasons but for all likelihood, she was swayed by the same wave of created sentiment that saw PAS winning the largest number of seats.
Though not specifically referring to Nurul, the general problem with armchair macroanalyses of University Professors is that it is fitting theory to reality and concluding on incomplete understanding or ignoring genuine unquantifiable factors.
There is no lack of rationality in their analysis and narrative but it is a snapshot of the present and an attempt to project the past to the future.
It is future factors that determine the outcome in the future. And the thinking and actions by the actors and stagehands of politics have more weightage than the past and present.
When national priority change and it is time for wave upcycle, the UMNO brand has its strength that it need no conventional thinking for rebranding and the positive past will outweigh the negatives activist and opposition are concerned off.
This is war! 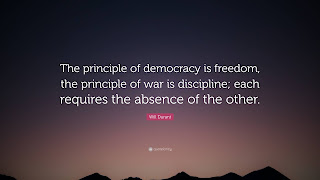 One need to understand that decision-making in politics is similar to ordering food at a restaurant. One is limited to the dishes offered on the menu. Seldom special request is entertained. Changing President means making a choice from the available leaders offering themselves.
While Zahid is no Tun Razak or even a Najib Razak, the alternative is untenable. The alternative maybe a major faction and have their large followings, but it is unacceptable to the majority of party representative that the proposal for no election for the President and Deputy was approved conclusively.
They see it as necessary to postphone democrasy because history tend to repeat itself. All new Malay parties in Malaya arose out of the split in the party. More so, the alternative is willing to submit to opponents determined to disband UMNO.
The democrasy argument is ideal but naive. Seldom do President position contested in any Malaysian political parties. PPBM never had a contest and selection made by consensus among only party council members.
So do PAS, Amanah, PBB, GRS, Warisan, PKR and many others.
Thus it is an argument of convenience to say UMNO will be die off because a higher decision making authority than the party council endorsed for no contest. Lower authority decided for PAS yet they won with the highest number of seats.
Should UMNO is unable to spring back in the near future, it could likely lay dormant in the manner MCA is still undergoing till the next upwave.
To better understand the decision, one should look at Ukraine. During war, democrasy takes a back seat and survivality takes precedent.
UMNO is in a war mode to survive and it is the only way to address the indiscipline, insubordination and betrayals prevalent in the party.
Revolting to some, but it needs a robust, unpredictable, and if necessary, brutal leader like Zahid to carry it through this phase.
The Generals in MINDEF and Police Commissioners in Bukit Aman surely appreciate the need to have law and order restored before democrasy could thrive.
Not sure those whose weapons are Artline and Whiteboard could.
at 1/20/2023 12:30:00 PM