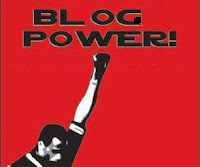 Nat was detained by police! Who is he?

I make no bone to state my opposition for Nat’s political party. I will not mince my words to express my distrust of the Foundation for Future, which Nat is its secretary. I call the doctored picture of Dato Seri Najib posted by Tian Chua and allegedly created by Nat as distasteful and childish.

But on this detention, I am putting aside politics – party, gimmick and Anwar Ibrahim! There is plenty of other time for it. I am just a blogger concerned for another blogger.

Li Tsin announced the court decision to give police detention under remand order till Tuesday for investigation on cyber crimes under Section 8 of the OSA.

Elizabeth Wong, described some 6 hours of dissappearance, prior to surfacing at IPD Dang Wangi. Howsy made lots of other fishy observations. Nuraina Samad is alarmed and asking whats next?

Zorro felt its intimidation. Sivarasa called it an act of oppression. Ktemoc called it draconian intimidation. Mahaguru58 thinks he is caught in between. Anwar Ibrahim wants to spin it to politics and the approaching general election. Many others have and continue to say.

Rocky wants bloggers to stand their ground and relate the first OSA case of Sabry Sharif. Malik Imtiaz claims the OSA is unconstitutional and in conflict with certain aspect of the constitution.

I want to believe the police reputation and integrity remain intact, the system is running well, and the various suspicions and allegations on them as untrue, for I am sympathetic to the police and oppose IPCMC.

Nat, you are a nice person and I hope you are alright! Li Tsin, Cheryl and Nat's parents, I sympathise with what you are going through.

Rocky, Jeff, and All Blog, I will stand in solidarity. For ... its about compassion for another! Its about bloggers solidarity!

We do whats necessary. And, police do their's. No one should be victimised. Peace and security should not ever be compromised.

Well said avoice. i am proud of you.