Are We Better Off Now Than Ever? Lets Debate! 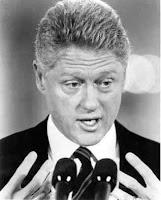 In the words of Bill Clinton, "Its the economy stupid!"

As far back as my recollection of US elections goes, one is likely to hear this phrase repeated in every US election, "Are you better off now than you are four years ago?"

I stumbled into a May 27th The Star article on Forum MyKMU here entitled "Gaji 3000: Why in US Can Save vs Malaysia Cannot Save Much?" and reproduced this opinion piece likely a letter to the editor, below:

I agree with what is actually going on in our country. Most of us spend more than what we can afford. A lot of people try to keep up with others and due to this, a lot end up with not enough money to spend.

But there are also other problems. I have been living in the United States for almost two years and I can save more money compared to when I was working in Malaysia for four years. I am not converting US$1 to RM3.50 but I am talking at a dollar to ringgit parity (US$1:RM1). As an example, a fresh degree graduate executive in US earns about US$3,000 after tax a month while a fresh Malaysian graduate earns about RM3,000 after tax.

Everything in Malaysia is expensive. For example, the cheapest car the 600cc Kancil is about RM25,000 while a similar car in the US is only US$8,000. The reason is because the so called national car (Proton & Perodua), even it is assembly locally but the engine is imported actually, yet the quality is like shit. That is the typical malaysian attitute "love face". The world tallest building, the space program, the national car program, non of these is done by Malaysian. People around the world is laughing at Malaysian's stupidity, wasting money & resources .... ashame.

The Government always says that the cost of petrol is cheaper here than in the US. But a full tank for a 1,800cc car only costs US$35 while for a similar car in Malaysia it is RM80. The petroleum found in the country is national property, it's belong to every Malaysian, but the true is all the petrol is robbed by one company, and the company declare billion of profit but no even one sen come back to Malaysian, and yet we have to pay high price for petrol. The government always compare the petrol price in malaysia to the country which does not produce petrol, why don't they compare it with those country which produce petrol.

With all this debt and burden, how can you expect Malaysians to retire at 55? In most households, the husband and wife have to work so that they can support their family.

When I returned to Malaysia from US in the early 80s, I used the price of an Arrow brand shirt as my yardstick. Back then, a white cotton one would cost about US$25 in the US compared to RM70 in Malaysia for a slightly lower quality cloth. For RM150 in Malaysia then, one could rent a room in Bangsar. For US$350 a month, a friend of mine could share a studio Apartment with his friend at 14th Street in Manhattan Island, New York.

Dollar for dolar, life abroad, in the US at least, were much better off. The way our cost of living is, even if one were to live in the top most expensive cities in the world, like say Paris, London, Tokyo and Hong Kong, there is some extra monthly. But not here.
If one were willing to live outside the city in these places, there is some saving from a cheaper rent and some bit of travelling. It does not seem to be the case in Malaysia with transportation cost rising higher and higher by the year. The lower rent outside the city comes with marked inconvenience and deterioriting quality of life.
Dollar for dollar, executive life abroad is a better life than we have here. Our young executive struggle to own a car and have decent living space. The condition of those in the lower strata of the economy should not be any better.

The main factor that hampered Malaysians lifestyle is currency - the Yen appreciation in the early 80s and Ringgit depreciation against the US$ in 1997/98. Due to the cheaper Yen then, young executive could save up the deposit to buy a car after six month employment. Japanese car then could be acquired for about RM17,000.

This was before the existence of Proton. And, Proton came to the market cheaper than the other Japanese cars. So, the issue of Proton and Perodua is never really an issue as written by the writer for their existense somewhat allowed Malaysian to afford cars.

The financial crisis in 1997/98 actually affected our lifestyle severely. For Malaysians that could afford to send their children to study abroad, they could send then send them from A Level or Matriculation or Year 1 level, not the manner of twininng of today.

Privatisation used to be the complain for the rise in cost of living, but it never really put a severe dent in our pocket and the convenient is justifiable. The problenm of privatised services worsen only after till the financial crisis and more so under the current administration poor economic management.

While in absolute term, Malaysia is a cheaper place to live, our salary does not really commensurate with the cost of living. Over time, it is eroding our purchasing power and salary increases are usually sporadic and only at the higher echelon. Government salary increase would result in immediate price hike by retailers that essentially cancels out.
Our lifestyle is severely hampered and the Abdullah Badawi administration have done NOTHING to elevate the problem of rising prices. Prices of essentials have been going up endlessly and there seems to be NO serious effort to check and enforce price control policies. True, rising oil prices is unavoidable. But we are an oil-producing nation and Petronas is a global oil exploration company. Whats wrong with sharing the rising profit at the people's level?

One way, as I see, is to change the formula for calculation of retail oil price from the the use of International price as a base to cost of production as a base. We own these fields. Oil is big money business and lucrative. One good strike and the payback from the successful investment does not wait years but months to recover. What is wrong with sharing that with the people? And, we've put out or going to put out some 40 new platforms off Terengganu and Murphy Oil strike in Sabah is a whopper! So how about sharing the benefit with the people? Figure it out.

Apart from the unabated oil price rise, Abdullah administration is never serious about the plight of the people from rising prices but keep maintaining the same cost structure in calculation of privatisation services and has repeatedly said will remove all forms of Government subsidies.

Contrary to his early rural driven agriculture economic program, his development program is urban driven economics. The economic corridors, thus far, IDR and NCER, would expand urbanisation into the suburban and rural hinterland. This will eventually result in higher cost of living throughout the country.

Will the higher cost from his economic corridor put more money in the people's pocket over that of corporate coffer? Will it strengthen the national current account, help strengthen the Ringgit and subsequently reduce foreign inflation push?

Can it be done with a GDP growth level at practically a "no growth" rate in the sub 6%? Sure they will say, our economic base is larger and achieving above 7% is difficult. Singapore just announced 7-8% projection, what do you say of that?

Till we have a leadership that understands economics and understand our proud tradition of nationalistic economic policies, we will personally continue to suffer financially. Nationalistic economic policy is not one sided market driven like that of laisse fairre economics but people driven balancing of social and national priority with economic and market consideration. Thats the trdition of Tun Abdul Razak and not just sloganeering of his name.

Till we rid the corridor of power of free-market textbook-theoretician adviser at Tingkat 4 and pro-IMF Bank Negara Malaysia (BNM) fraternity within Ministry of Finance and off course BNM itself, lets not dream of a better standard of living. Keeping ones job is now considered a luxury in this administration that has NO idea achieving growth for the economy and business, other than through retrenchment and wastage cancellation of economic programs.

It is time to bring the issue of standard of living into a national and political debate. Some will say we are better off and some will say otherwise, it doesn't matter. It could be a discussion on economic school of throughts or political ideology. It is high time that the peoples' life take centrestage. We need to have a national discussion to ensure that the administration, be it Barisan Nasional or perhaps Opposition at certain State, take the peoples' standard of living as priority consideration in any of its endeavour.

For a start, lets start churning actual inflation and standard of living numbers and not the CPI (Consumer Price Index) crap we have been lied to by Economist year in year out. Yeah yeah ... I know it meets the International standard of formula, survey technique, weightage, and what not, but it still is a crap that is not reflective of the true picture.
at 8/11/2007 08:47:00 AM

Our lifestyle still dependent on imported goods like food, equipments (incl automobile) etc. So when exchange rate go up and excise tax factored, cost of these equipment go up, thus cost of production for us is higher. That is why our cost of living is high, because the purchase power parity (PPP) do not include our imported dependent lifestyle.

The real estate speculation market also made properties expensive, therefore to own or rent living and commercial space in places like Klang Valley is really high and thus worsened the cost of living factor.

RM 3,000 for monthly salary is different when compared to a Klang Valley dweller and someone living in Alor Star or Kota Bahru.

Government decision is having KPIs, ROIs, "wealth and value creation" etc for GLCs is not actually helping as corporations like TNB, Telekom, MAS etc are too focused on making money rather than improved the rakyat's quality of life.

yar... rise in petrol price, toll, even public transportation these days. newspaper price also naik, even books are pricey (ah dont get me started on the very very long list of $$$ stuff these days - very menyedihkan). also, people are all brand-crazy these days. how to really survive on a rm3000 gaji in the city unless you stay home nearly every day after work??