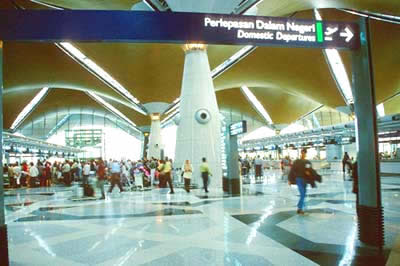 After getting into MAS through a swap, BigDogDotcom here raised the question of Air Asia taking strategic equity in Malaysia Airport Berhad (MAB).

BK Siddhu of The Star reported of a Board revamp at MAB with some Air Asia familiar names getting on board. This is strange.

In the case of MAS, a competitor came into MAS. Now this would mean Air Asia that is a slippery debtor that accumulated RM105 million current debt with MAB is going to come on board to advise MAB on cashflow management and how to run an Airport?

The way they structured their presence in MAS was to placed themselves in active role through a newly formed exco or a management committee. They will want an active role somewhere in MAB too.

Board revamp at MAHB?

Changes said to be coming gradually

PETALING JAYA: A revamp of the boardroom of Malaysia Airports Holdings Bhd (MAHB) is next after the airline industry in Malaysia underwent substantial change with a share swap agreement between Malaysia Airlines (MAS) and AirAsia Bhd.

Sources indicate changes are afoot at MAHB but it would be more gradual than the wholesale changes seen at MAS following the blockbuster deal between Khazanah Nasional Bhd and Tune Air Sdn Bhd.

The idea behind the move to make changes to the board of MAHB is to infuse new blood and realign the interest of the shareholders by bringing people from diverse backgrounds and disciplines.

“It is common to bring in new people. It is a way to help push the industry forward but it would not have impact on management,” said a source.

Talk of changes at the operator of airports in the country comes just days after the MAS board was revamped following the purchase of a 20.5% stake in MAS by AirAsia's founding members.

Both Tan Sri Tony Fernandes and Datuk Kamarudin Meranun now sit on the board of MAS. Following the share swap agreement between the two major domestic airlines, six board members resigned and six new persons, including Fernandes and Kamarudin, were appointed.

Khazanah Nasional is the single largest shareholder in both MAS and MAHB.

Khazanah has declined comment on talk of changes at board level at MAHB. The airline operator, which manages 39 airports including KL International Airport, has 11 board members.

Both MAHB and AirAsia have had public clashes in the past over difference of opinion regarding how operations at airports that are plied by AirAsia should be handled.

As a company, MAHB has been recording positive growth in the past few years. Its share price, once hovering at the RM2 range, had been rising and closed at RM6.18, down one sen, in yesterday's closing.

The improvement in MAHB's financials was led by the higher passenger and commercial revenues and a drop in financing expenses.

A competitor that exist to provide competition is on trail to swallow his competitor. A debtor teaching creditor how to do business.

It's a crazy Malaysian corporate scene in the making.

Every Prime Minister of this country is leaving behind a legacy and all of them are at the expense of the Rakyat for generations to come. When will we get a PM who will think of the Rakyat?
Pak Tua

Gotta be really naive, a fool or memang ngok lurus. Mana ada think of the rakyat... its all about think of my poket all the time lah.

once they monopoly the whole aviation industry, the end loser will be the rakyats and passengers.

take a look at that pay tv channel and a telco.

Najib and his cabinet is fast being a deadwood.

The Khazanah kids meddle in the daily affairs of MAS and others all the times. But when there are problems, they are very good in "sembunyi tangan". They got away scot free hiding behind the position of shareholder and blame the management.

It's time for them to claim responsibility for the MAS debacles and resign.

With almost most of the comments are against this swap deal, for heaven sake, can we start a campaign to undo this deal....?

Tony pundek has been given so much of leeway by MAS ... and at the same time they both compete though the former refused to pay his debt to the latter ... and now Tony pundek is given the opportunity to further mess with MAS ... I've had enough ...