In search of the Ghost 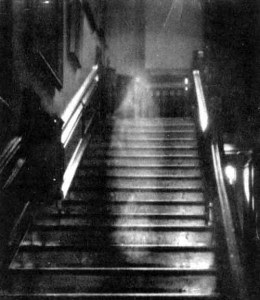 ABITW have written three articles relating to the character the Ghost of Johor here, here, here and here.

Much is mentioned of businessman extraordinaire Dato Lim Kang Hoo, but is he the Hungry Ghost? Or is the Ghost someone else?

Is the Ghost a person or many persons? Maybe the Ghost is not human. Perhaps, it is a mere metaphor of a character or characters with absolute awesome power and influence.

This blog limit the description of the Ghost as a potential source of problem to the rakyat, politicians, civil servants and professionals.

Did the Ghost broke any rule in doing so?

The information we received that emanated from Johor Baru does not specifically say the Ghost disagreeing with the authority or Government. Neither did he instruct the Government to do contrary to the process of Government.

We are sure you'll are getting confuse trying to figure out what we are trying to say. Isn't the real world a complex and confusing one, not like rhetorics in literary poems or on political podiums?

Only an example can described what was told to us.

Supposed a decision was reached to explore a certain project in Johor by the Exco and subsequently, the Civil Servant received the go ahead to study dan draw out the plan, implementation, and management.

After long deliberation by a Committee and after refering to external professional work, it is agreed to proceed. It is good for the rakyat, it is good for the state but it is not in favour of certain business interest.

The Ghost was briefed and he agreed and did not complain. But the problem comes after the briefing. The business interest would talk and advise the Ghost to the contrary.

Soon another proposal would come in at Bukit Timbalan. After another deliberation and comparison, the decision remained and the Ghost need to be explained of the decision. He would appear to accept.

The same set of taukeh would again convince him otherwise. They get in touch with the Civil Servants and instructing them to do things in the name of the Ghost, which will eventually end up in favour of their proposal.

The problem is these taukehs are so powerful that they can determine the fate of the Civil Servants with regards to their promotion, extension of retirement, job and transfer. The Civil Servant reluctantly oblige. They had to oblige despite the backing of exco, MB and Committee.

Believe it or not, the perception is everytime a Civil Servant refuse to budge in to their demand, they get victimise.

Thus the need to understand who is this Ghost that could fearfully wield such power and influence?

Rocky Bru, Big Dog, and A Voice willl be down in Johor in a few days time to find out. Perhaps together with another blogger, we had been requested audience by someone that could lead us to this Ghost that is haunting Johor.

Many commentators have made their guesses but we have not confirmed. It is left as a mystery because it need to be investigated.

The reason we have to investigate and get to the bottom of it so that no one should make any wrong accusation from wrong misinterpretation and insufficient information. Only PKR stooge do that so of blind accusation.

Maybe we might even meet the Ghost if the person we are meeting is the Ghost.

We can see Lim
We can touch Lim

Then he is not the ghost!

The ghost is someone whom you cannot see or touch!

Well we can't even take them to court

i thought this ghost has his own army

i thought this ghost has his own flag and private jet

i thought this ghost has his own emblem

what sort of ghost is this?