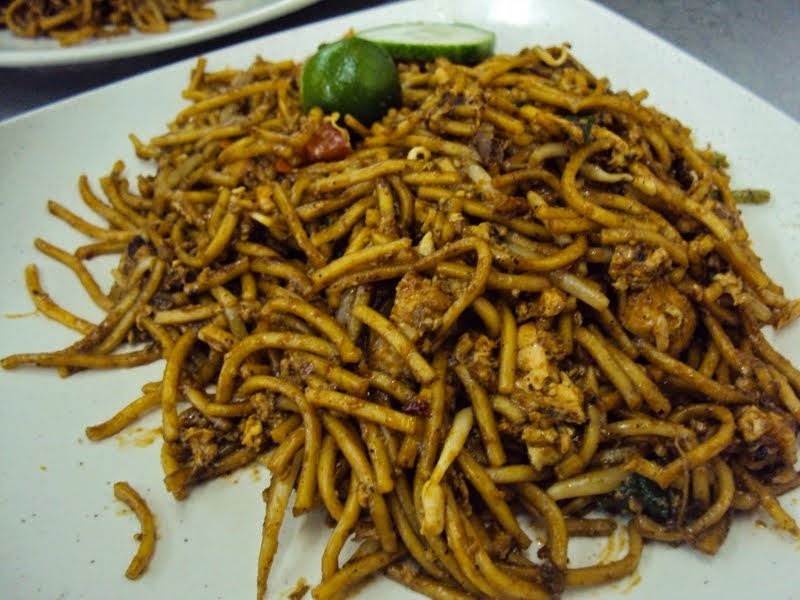 Our late lunch ... the ubiquitous mee goreng mamak and topped with a little bit of kuah rojak mamak.

These are Indian Muslim dishes that one will not find in India. These mamak are so agile and adaptable that they adopt the local food as their own.

To attract Malay and Chinese customers to their shop, they serve their version of the popular Malay and Chinese food and at the same time their Indian food. The same reason one see Tom Yam, simple Malaysian steak and chicken shop, etc served at mamak shop today.

The Jawa in Malaysia have dishes like Mee Bandung, and Mee Jawa but such dishes cannot be found in Bandung or the whole Java island too.

But, does that make them more agile and adaptable? Notice how a Jawa totok (these days only fund in Selangor or among the migrant workers) read the fatihah. Sirotol laji na ngam ngam tak alaihim.....

We are hungry. Since we have plans for dinner at a European mamak restaurant these evening, it is only comfort food for lunch.

It's been a busy Saturday.

Immediately after breakfast of two eggs, a piece of bread and coffee without sugar, had sent the old car for body work and paint job. Now have to drive around in a "hutang" car again.

Then meeting at 10:00 AM. After this, there is another meeting at 3:00 PM. If another meeting scheduled earlier at 11:00 AM was not cancelled, it would have been three in a row on a Saturday when we could be watching a Hindustani movie on TV3 or the TV watching us snooze.

Actually, we got invited for a do at around 4:00 PM. Not sure of going. It will be full of political rally style speeches. Mere hype, no depth and no substance. 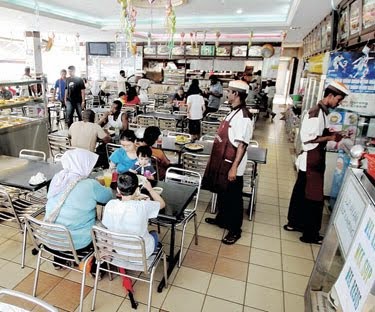 If we keep going out of the house or could not find the time to sit at a quiet cafe to write, how to blog more frequently?

But if we do not go out to meet people, how in hell are we gonna catch up with our sources?

The newspapers and magazines kept for reference is hip high. If we die today, all these will get thrown out by the Mrs next weekend.

Sometimes we wish we could throw away the stuff the Mrs have been hoarding in the kitchen and occupying the storage space.

But we are as much a hoarder ourself.

The difference is we hoard relevant stuff - books, magazines, old working papers, music records, CD and external drives of MP3, and IT gadgets. Naturally, she will argue it is irrelevant.

So deadlock. We do not throw each others junks.

If both of us retire and decide to spend more time at masjid and surau, then we will come to a peace pact to throw everything and have more space at home.

But where do we plan to retire?

Before we can think of moving, we have not come around to rearrange and reorganise the current home after the small renovation that had long completed. Malu to bring mother home to sleepover. 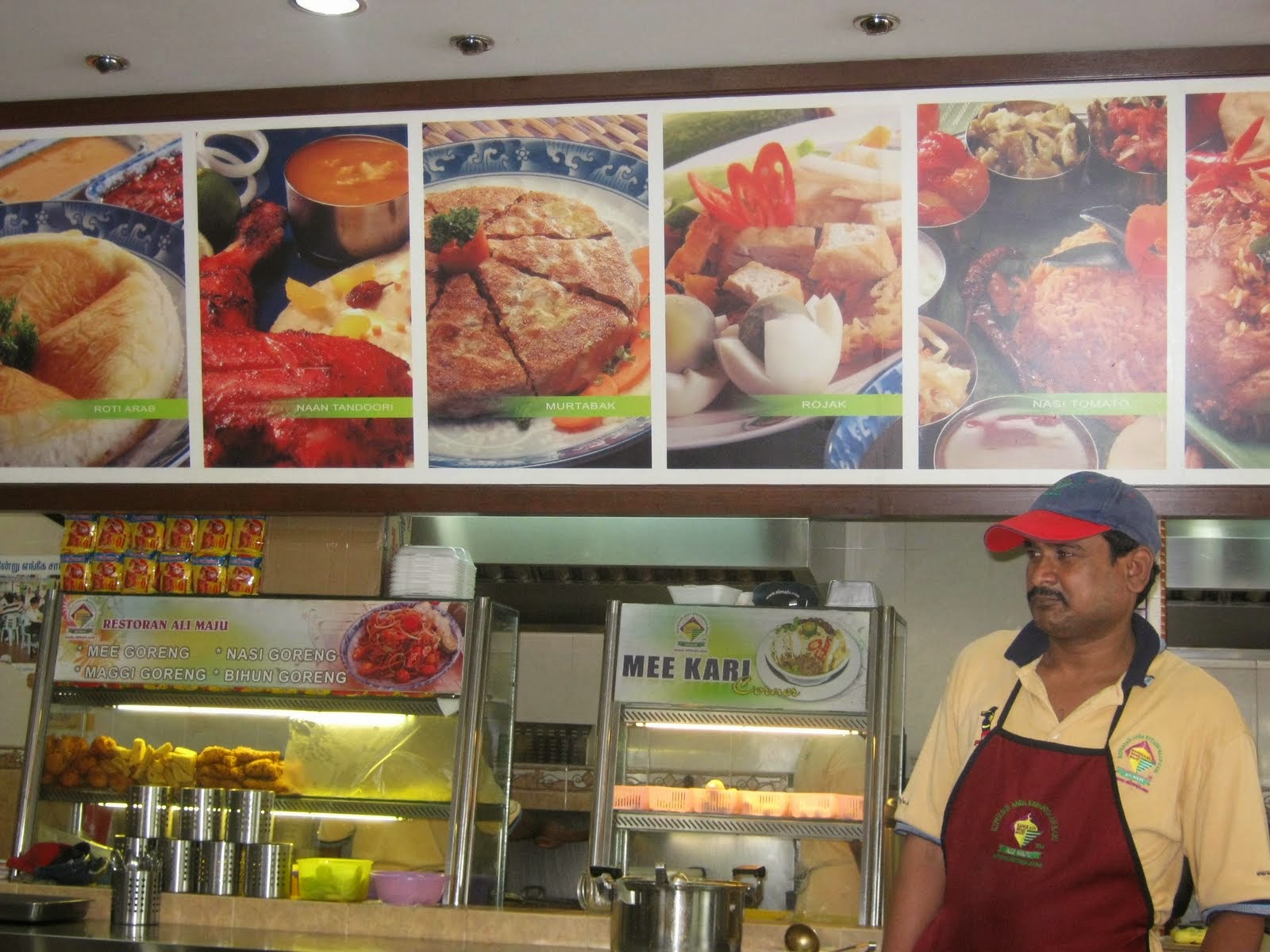 Hmmm ... why is this mamak shop owner kept sneering at us from the edge of his eyes? We already paid for the food la ...

Aiyeah ... don't tell me he is upset we are using his power plug to use this laptop. Say so if you want us to pay for the wifi used. Typical mamak, pennywise pound foolish.

It reminded us of the same thing told to us by an old acquintance in Hong Kong. No, he is not mamak but a Hindu Indian national.

An eloquent man, very knowledgeable, speaks Russian and several Indian dialect, and always an interesting conversation with him. He was working with BCCI, the once controversial Arab owned but managed by nationals from the Asian sub-continent.

Lost touch, don't know what happen to him and another Indian national friend, Ranjiv that used to stay over with us in KL.

Anyway, the chap revealed to us that the Indian Muslims or Mamak as we call it here control the whole money changer operation in the whole of Asia including Japan (that I saw myself in Tokyo). All of them came from a single village.

They are so calculative and stingy that the local population called them the Muslim Jew. 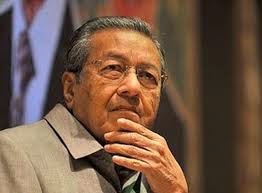 Sorry sir, we are not laughing at you. Just rambling after finishing our Mee Goreng Mamak.

Nice story about "mee goreng mamak". When I had in my kampung it was very nice and had some prawns thrown in. Slightly dry and very addictive.

As to your newspaper woes, theEdge daily comes in digital edition (pdf) version. Easy to read and bump around.

On topic of sources, I think Dato Kadir Jasin has the biggest scoop of 2014. He was spot on the meeting between BNM and 1MDB folk.

Btw, according to Bank Negara's own rules (see Section 11, 1MDB's loan must have been classified as impaired because "1.2 Where repayments are scheduled on intervals of 3 months or longer, the
loan/financing is classified as impaired as soon as a default (note 9) occurs..."
Note 9:A default is defined as the inability to meet the contractual repayment terms.

If the new CEO can't get the RM 2 billion by end of the month, then how?

he he he , enjoy your weekend

There is a Chinese proverb that said that the first business that the Chinese will do when they migrated out of their own country, is to open up a restaurant.

It's a fact that every country in the world has its own native food. In Japan, they have Japanese foods, Indonesia Indonesian foods, Thailand Thai foods and etc.

The only exception in this world is Malaysia where the Malays are not only spoon-fed but they can't even cook and sell their own foods. An annual 8 billions food business is ridiculously been passed to the Mamak to earn big money in every big city right to the kampong level!!. Meanwhile when thousands of young Malays are out of jobs, we don't see UMNO, PAS, Perkasa, ISMA and some other racist NGOs, doing anything to help these Malays to involve them in food business.

From, A voice of reason and moderation.

Interesting observation. We did try help a friend open up a malay restaurant.

How to survive when banks refused to release money according to schedule n had to absorb 6 months of unproductive rental???

Bankers n fund managers or venture capitalist does not have to claim to know businesss. Thy are just bureaucrats!

They may be malay but actually jewish.

But our friend made his own mistakes too...