The boycott of Malaysian oil palm by India may not be strong enough a message from India to Malaysia.

Tun Dr Mahathir had to test it further by getting into a military deal with Pakistan. The deal involving 400 anti-tank missile was reported by India's Times Now and uploaded on You Tube on November 5th recently.

Under Mahathir, Malaysia is taking a rather unconventional position on foreign policy to antagonise the superpowers, regional powers like India and even its neighbours.

Few days ago, India expressed reservation from being part of a regional trade pact, RCEP. 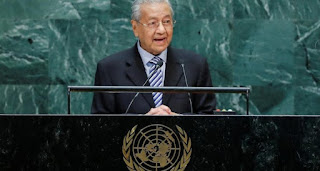 In early August, Malaysia had asked India and Pakistan to talk following tension between country arising from India's decision to uplift the autonomous status of Muslim majority Indian states of Kashmir and Jummu.

Malaysia's position on Kashmir and Jummu took a different turn following Mahathir's speech at the United Nation General Assembly in September to claim New Delhi as “invaded and occupied” the two Indian states.

Since independence, the two states had always been part of Indian territory.

It included today's Pakistan and Bangla Desh before Pakistan was cordoned off for Muslims and subsequently East Pakistan broke away to form Bangla Desh.

In the case of Malaysia, India has reacted via the call by Atul Chaturvedi, president of the Solvent Extractors’ Association of India on its 875 members to avoid purchasing oil palm from Malaysia to protect "your own interest as well as a mark of solidarity with our nation". 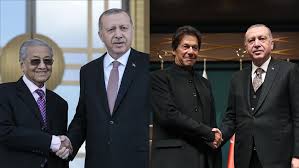 India has lambasted the position taken by Malaysia and Turkey to support the position of its arch enemy, Pakistan.

The arm purchase will only heighten tension with India and worsen both diplomatic and trade relation with India, in which Malaysia had the best of relation under the previous administration.

Under the strained diplomatic relation, it will make it difficult for Malaysia to undertake diplomatic engagement to address alleged atrocities of the Indian millitary against Kashmiris.

This is clearly a change of stance in Malaysian foreign policy from that of positive engagement through diplomacy to take a strong stance on India's sovereign rights within its borders.

The timing for such deviation from the past could not come at a worse time with the economy in the doldrum and no sign of turning back in sight.

Though political instability is to be blamed for the current national predicament, geoglobal politics could be the determining factor. And, Malaysia's foreign policy under the current government is giving conflicting signals.

Malaysia's move is seen as ignoring the position taken by superpower US, which has labelled Pakistan as a terrorist state and was blacklisted as over terrorism financing and money laundering.

The same declaration were made by Europe and Russia.

Mahathir is playing a dangerous geoglobal political game to be in confrontation over various issues with superpowers US, China, and now regional power, India. 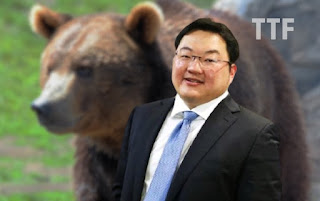 Situation with China has simmered but it is believed China had put Malaysia under ransom on its request for the extradition of Taek Jho Low.

Mahathir hinted it was China in his words Malaysia will not go to war and lose for sake of Jho Low.

Sources claimed China rubbished the Malaysian request on the basis of upholding rule of law. 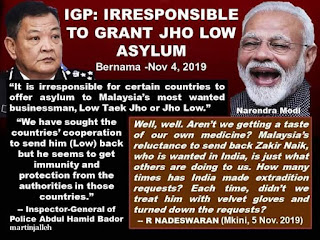 In the discussion between officials, they claimed Malaysia had not respected the commercial contracts signed between the two countries.

Mahathir refused to entertain India's extradition request to charge him on basis of terrorism and money laundering. Returning Zakir will lower his popularity among Muslims. 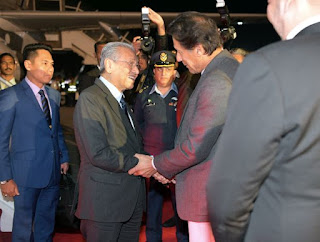 Of late, Mahathir is seen to be close with Pakistan's Prime Minister Imran Khan. The strategic value to favour Pakistan and antagonise India is not understood.

Despite his roots to Kerala, India, Mahathir claimed in the distance past to have Pakistani bloodline. Imran Khan and previous Pakistani PMs had always taken him in high regards.

Pakistan attracted huge investment from China for the BRI program. While India has reservation of BRI. It could be Mahathir trying to win back China using Pakistan.

At the same time, one could not discount Mahathir trying to bridge relationship with the Jews through Imran's ex-wife and daughter to the influential Sir James Goldsmith.

Mahathir is trying hard to win over the friendship of Erdogan, who is known to be close and cordial with Dato Seri Anwar Ibrahim.

He is known to strengthen relation with Iran but recently cancelled plan to visit following Reuters report alledging Malaysia's involvement with oil trade on behalf of Iran and Venezuela.

Subsequent to the report, Bank Negara Malaysia announced closing all Iranian individual and company accounts in Malaysian Banks. It could be to appease the US intelligence authority.

Another country in the recent equation is Qatar, which is under sanction by Middle East states aligned to Saudi Arabia.

Since returning as Prime Minister, Mahathir has yet to visit the Saudi Arabia.

Prince Muhammad Bin Salman, claimed to be close friend to Dato Hishamuddin Hussein Onn and linked to the murder of journalist, Jamal Khashoggi, is pushing for greater social and economic liberalisation in Saudi.

Saudi is a US ally and is seen as increasingly closer to Israel. 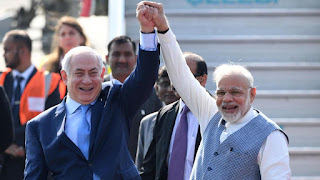 India has a close relation with Israel.

The right wing leaning towards Hindu Nationalism and allegedly anti-Muslim and Christian stance of BJP, the political party of Prime Minister Narendra Modi maybe seen as appealing to Netanyahu.

Modi topped Bloomberg’s rating for the most powerful person on earth for 2019 over Russia's Putin and US's Donald Trump.

Mahathir must know the implication of the foreign policy rebalancing being attempted. The wrong move could turn Malaysia into a pariah state.

It does not help that his Foreign Minister is blurred on the role of his position and took it as a platform to champion human rights than taking care of Malaysia's interest.
at 11/08/2019 01:05:00 PM