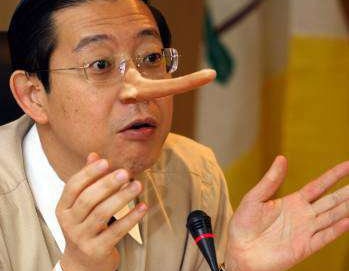 Quite sure they realised that the judgement is a double edged sword. Prime Minister, Tan Sri Muhyiddin Yassin gave his assurance that he will not interfere in the process of the law. Though there are Najib supporters cynically view it as giving Tun Dr Mahathir the free hands to fix cases against the former PM, his hand-off stance will apply to others.
Lim Guan Eng was called in by MACC for several sessions after the SRC judgement. The long arm of the law have finally reached him. Instead of facing the case gentlemenly, DAP dramatised it. Guan Eng continue to try lie his way out.
He was charged for corruption relating to the Penang tunnel project. DAP expected him to be charged and on the day of mentioning, DAP started their psywar to claim innocence and calling it political persecution.
They can lie as much as they want, but the facts remain that every Penangite can see the condo on the Penang man-made island developed by E-wien. The tunnel was to be paid via land swap, however no tunnel was built, yet condo is up.
There will be another charge coming on Monday and another for Tuesday will be related, but not directly on the Jalan Pinhorn bungalow.
It certainly was not a good week for Guan Eng. In Parliament, Minister of Finance, Tengku Dato Zafrul tengku Aziz exposed the lies Guan Eng spewed for the 22 months he was Minister.
Debt
The debt level of government was not RM1.26 trillion, but it was as many BN commentators claimed it was fabricated debt figure which is not the convention to include liabilities, particularly contingent liabilities. The condition must be invoked before it turned into liability or debt!
Nevertheless, the figure was still a significant increase from RM1 trillion fabricated debt figure for BN government.
Government direct debt without being inflated by liabilities as at end of 2017 was RM686 billion. At the time PH lost the government in first quarter 2020, it stands at RM824 billion. A whopping increase by RM138 billion.
In 2019, it was announced that debt was still at RM741.049 billion equivalent to 51.8% of GDP.
Where did the effing money go to?
Goldman Sachs
Former Attorney General, Tan Sri Tommy Thomas lied to the public with regard to the Goldman Sachs settlement.
Tun Dr Mahathir insisted government should only accept a settlement of US$9.6 billion. Guan Eng said should be US$7.5 billion. They claimed the US$3.9 billion settlement is too little. Delusional, claimed a legal practitioner. 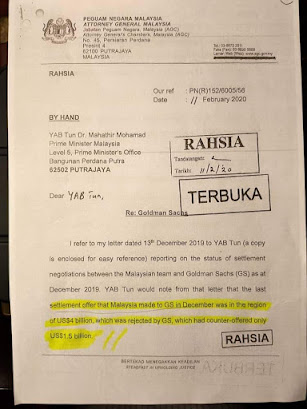 A document only recently declassified from OSA went viral (see Malaysia Today here). It turned out they offered a deal of US$4 billion. Mahathir, and Guan Eng was later informed by TT that Goldman was only willing to offer for US$1.5 billion.
Zafrul got a better deal out of Goldman.
PH claimed they will not negotiate and sue them in court, but it turned out Mahathir and Guan Eng lied. There were looking for off-court settlement!

Exposed also there were no serious effort to charge Goldman Sachs. Guan Eng tried to cover his lies in the Dewan.
Effing liar!
GST 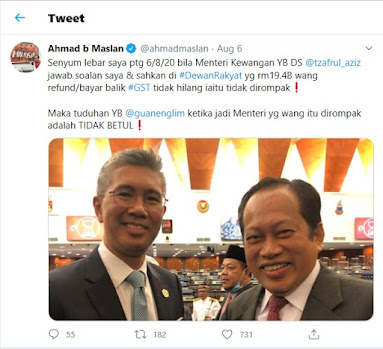 Guan Eng reaction to try to escape the embarassment for being caught lying using cabinet approval came about due to the an earlier exposure that his decision to zero-rised GST was made without any cabinet approval.
There was no RM19.48 billion GST rebate fund robbed to pay for 1MDB debt. He effing lied and illegally made a major decision without cabinet approval.
Shouldn't he be charged for it?!
Tabung Harapan 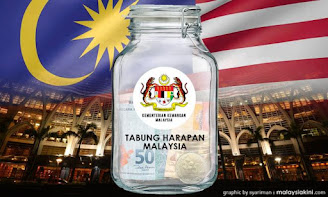 Nevertheless, Tengku Zafrol was fair. He confirmed money raised through Tabung Harapan was used to pay for 1MDB debt. The money collected totalling RM205.49 million was used to pay.
Its rather funny and weird that Najib haters collected money to pay for a financial mess accused solely on Najib. These PH supporters are effing clowns in a political circus act.
The full speech by Tengku Zafrol is available in the You Tube below:
Penang Tunnel 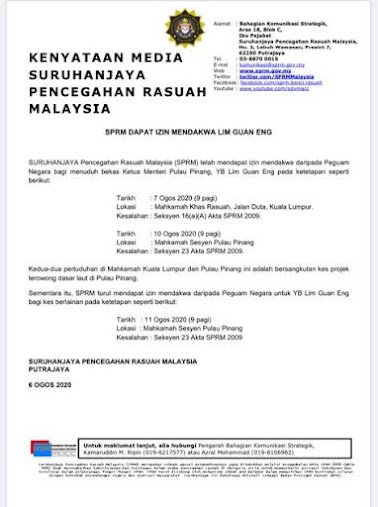 Where Tengku Zafrol have been truthful and apolitical in his submission to Parliament, one cannot say for DAP's sense of fairplay. The political theatric they tried to pull-off upon announcement by MACC that Guan Eng is due to face court for several charges is an insult to anyone's intelligence.
After being exposed for his lies in Parliament, he was arrested by MACC on Thursday. Quite a routine procedure. Its a sweet victory for two fighters on this issue - Dato Huan Cheng Guan and not quite demure Facebooker by the pseudonym Lim Sian See.
DAP childishly expect Guan Eng to be given VVIP treatment and just appear in court. Son Marcus Lim immaturely described it as disgusting. Dato Najib and Datin Rosmah had to be formally held under lock-up prior to being charged. 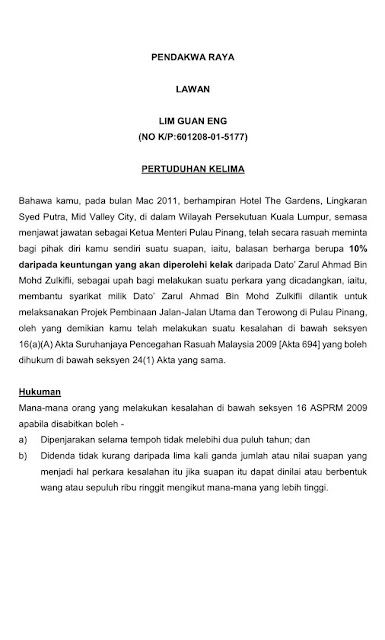 He had allegedly seek 10% kickback from Dato Zafrul Ahmad.
If Najib was laughed at for use of his personal account, Guan Eng made a rookie mistake of negotiating directly without middleman. Obviously, he trusted no one!
All the while the person giving the kickback never denied giving it. In fact, Raja Petra exposure few years ago that got him sued in absence had mentioned long list of names - DAP and UMNO politicians!
Propaganda
DAP was quick with their propaganda campaign to blame on Raja Petra:
Instead of focusing on their case and respecting the process of the law, they are in their customary ways to manipulate the facts: 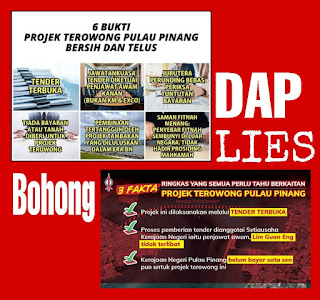 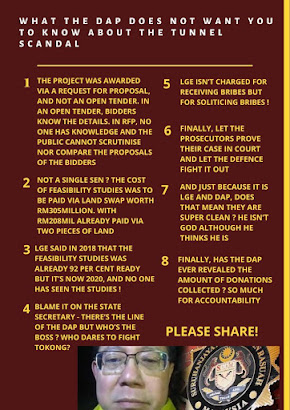 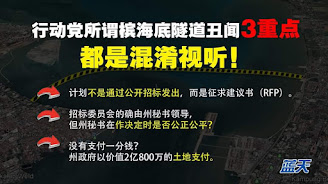 The facts to be presented to the court as written by MCA politician and former DPP, Chan Quinn Er in her twitter are as follows:

My reply to YB Yeo Bee Yin (杨美盈) on Twitter: https://twitter.com/ChanQuinEr/status/1291648282934906880?s=20
1. It was NOT awarded through open tender but through RFP (Request for Proposal). In RFP, bidders submit their own proposals. Each proposal is different, so you cannot compare them. RFP is a type of PPP (Public-Private Partnership). According to Prof Jomo, PPP projects are more easily abused because they are ‘off balance sheet’, and therefore do not show up on government debt. Source:
http://www.ipsnews.net/2019/05/public-private-partnerships-fad-fails/
2. Tender committee was indeed chaired by chief secretary & LGE was not part of it. But was that secretary truly impartial?  On Aug 5, he was made CEO of a state company handling RM46bil of PTMP projects, just 8 months into retirement. MACC already called him up in July. Source:
https://www.theedgemarkets.com/article/farizan-darus-appointed-ceo-penang-infrastructure-corp
https://www.nst.com.my/news/nation/2020/07/606604/undersea-tunnel-project-penang-cm-leaves-macc-office-nsttv
3. Not a single cent paid. But after a RM208 million landswap, and two projects with GDV of RM800 million & RM15 billion later built on them, I daresay it is a profit much higher than one cent. Source:
https://theedgemarkets.com/article/ewein-gets-developer-license-rm800m-city-dreams
https://www.theedgemarkets.com/article/rm15b-wellness-resort-city-penang
https://www.freemalaysiatoday.com/category/nation/2018/01/14/penang-exco-man-breaks-down-costs-for-undersea-tunnel-roads/

A lengthy explanation can be found here.
An MCA social media activist, Michele Chan Hzmm  rebutted Tony Pua claim it is not corruption and case was closed, so it is political persecution. The truth the matter the investigation was never closed. She disputed Yeo Bee Yin attempt to claim RFP is open tender when it is actually not.
There is another tunnel charge tomorrow.
LATEST 10/8/20 11:00 AM 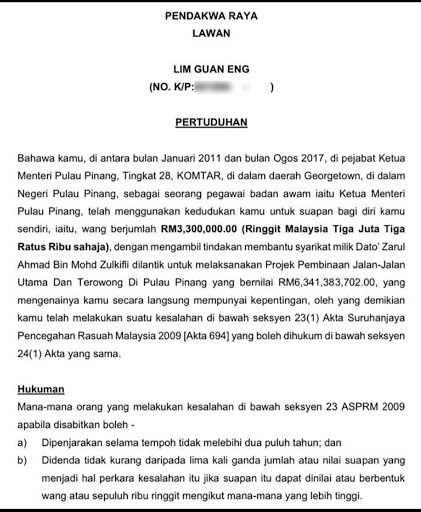 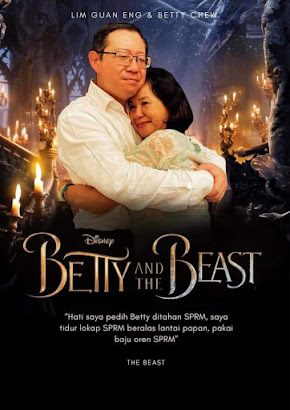 Phang Li Koon and Guan Eng's wife have been apprehended by MACC on the day Guan Eng was held by MACC. Both are due to appear in court with Guan Eng on Tuesday. As usual Guan Eng has his drama.
Lim Kit Siang pleaded for her not to be charged. He and Guan Eng said MACC should not be pursuing the family. The fact is she is conflicted. 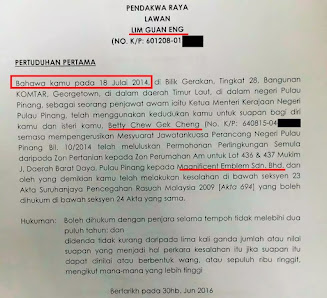 The facts of this case as revealed by Raja Petra here is about payback in exchange for approval for housing for workers project. The foreign workers permit is interesting enough to dig up further also, but let's stick to the evidence relating to the case.
The documents are telling. 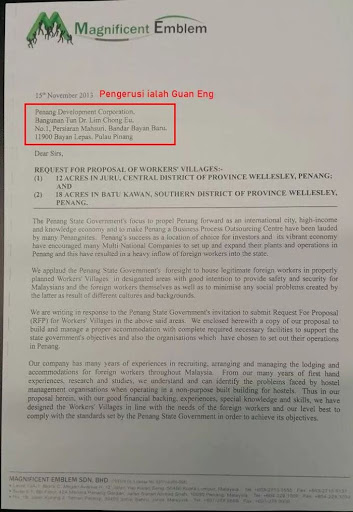 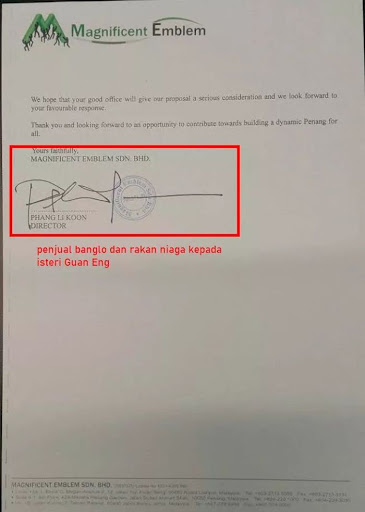 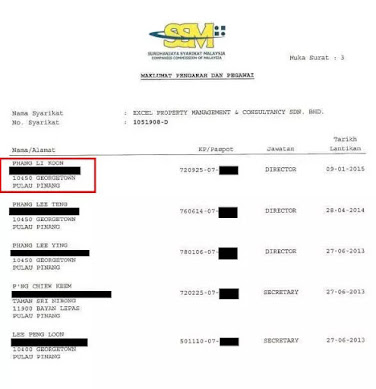 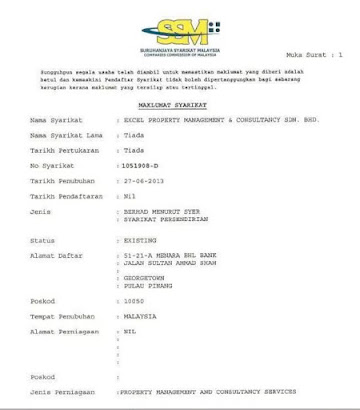 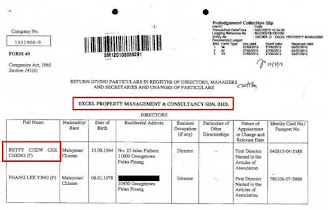 Kantoi!
DAP leaders are claiming Guan Eng and his wife cannot be charged for the same offense he was acquited for. Well ... there was an amendment to Act 1378 which had taken into effect from 1/6/2012 with regards to the criminal code on the introduction of Section 254A.

Gobind and Ram Karpal Singh will likely make varying applications to strike out the case befoe the trials can actually go on. They will take it all the way to Federal Court. Its an Anwaresque delay tactic.
The laughs does not end there. There are jokers defending Guan Eng with the claim he had defended the modesty of a young Malay woman and willing to face imprisonment. It is as though he is a willing martyr in facing up against cruelty. 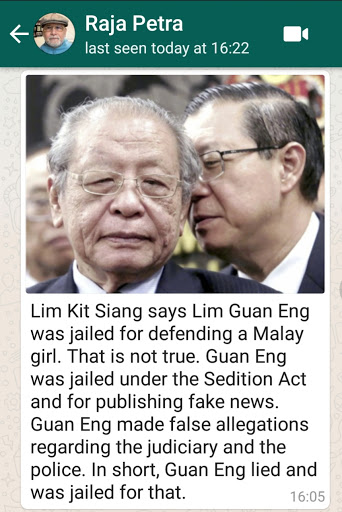 The truth is as Raja Petra commented.
DAP is promoting solidarity for Guan Eng and to get the buy-in, they are seeking RM10 per person donation. 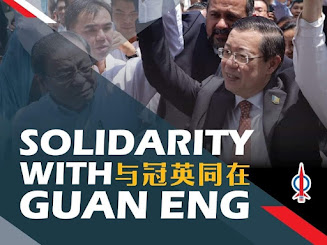 Its quite laughable for these rich politicans to seek money from the public. 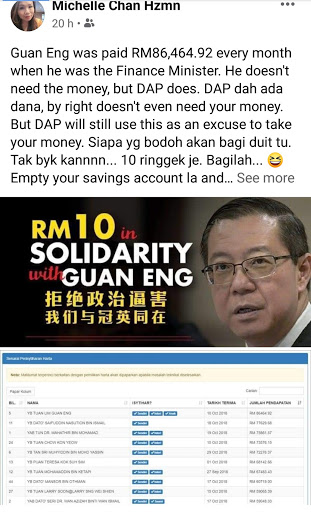 For a RM6.3 billion tunnel project and the so-called RM209 million feasibility studies came with a 10% kickback, have they no shame to still trying to lie to the public and themselves?
Enough the lying
To quote a conversation on social media:

When UMNO leaders faced charges in court, they created a perception of how guilty the leaders were, including hurling accusation that they were robbers, thieves and corrupt.
But when LGE was charged, they begged for sympathy by collecting funds for his legal fee. They even claimed the charges were all politically-motivated. We must tell them to avoid any double standard in dealing with a this case.

That is the difference between UMNO and DAP.  UMNO do not hold press conference to give support for Dato Najib & Dato Zahid against the law enforcement and court. DAP dragged their party and Chinese for their cases before trail begins to pressure authorities and judges.
To advise them to not do drama, it will be futile. They are likely hoping to win an impending GE15 to save themselves again. There goes judiciary system again. It will further turns off foreign investors.
at 8/09/2020 04:26:00 PM

I hate DAP fraudsters but you made a rookie mistake of taking Tapir Times seriously. The link to Guan Eng not using middleman leads to Tapir Times which is a satire site, not actual news. Be more vigilant next time lah