Nazlan and Azimah as last beacon of hope? 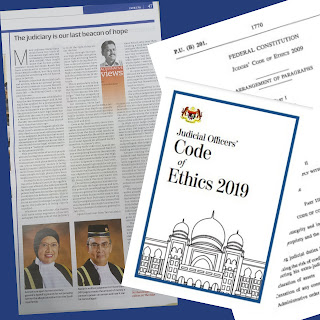 N Shanmugam must be kidding.

This morning a politician forwarded the link to yours truly. Seeing the faces, it is obvious he is not quite up-to-date on the development in the court. And, it reflects badly on his intellectual ability to understand happenings beyond the convenient political headlines and simplistic soundbytes.

Alas, he will be returning into Tun Dr Mahathir's fold thus compromising himself in his late age to be willing complicit to corruption, abuse of power and inhuman cruelty (zulm). May Allah save his soul from the sin of destruction for succumbing to political expediency.

The hand behind the Judges this politician seemed proud of is destroying the Malaysian legal system with India-adopted basic structure doctrine, which is a manipulation of the law for personal agenda and against his raison d'etre.

[Paste the link https://anotherbrickinwall.blogspot.com/2022/05/foresaking-malaysia-for-indian.html on the proxy site here].

The Judges highlighted are conflicted and conduct ethically questionable. The judiciary Shanmugam put his hope have been a basket case for decades. 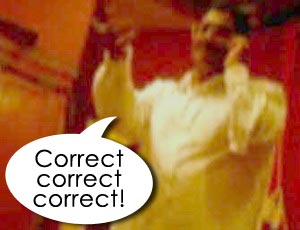 It has been since Mahathir manipulated the court to declare UMNO illegal, sacked judges at will, manipulated Anwar Ibrahim's first liwat case, and orchestrated judicial appointment in the VK Lingam tape.

Since his second return as PM, judiciary has reached a hopeless state of no return. 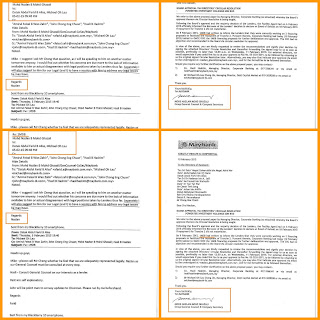 There is already substantial material on the Internet and social media on the conflicted SRC High Court Judge Nazlan who should have recuse himself but did not. 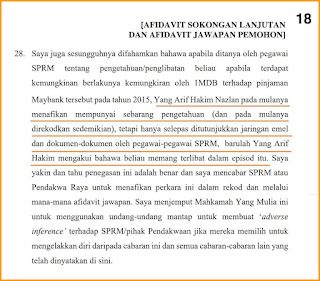 There is more documents believed to be MACC investigation paper on Nazlan, which turned up in Dato Najib's mail box at his home, are submitted to the High Court.
Till the very end, he kept it quiet and benefit himself with a Court of Appeal promotion despite being directly involved in the transactions involving 1MDB and SRC in his previous employment at Maybank.

However, we shall not dwell any further into his judicial misconduct.

If the Federal Court did not declare the SRC as mistrial or the least allow a retrial, it will add another major negative factor to Malaysia's path from a developed nation aspirant to a failed state.

The Judge caught this blogger's attention upon reading this FMT column by Adzhar Ibrahim, a retired telco head of human resource.

He took such joy and claimed "Malaysians love – somebody getting a whacking!" Whether the whacking was justified, it matter little to him. Excerpt below:

Azimah binti Omar ticked off some aspects of Mohamed Apandi bin Ali’s conduct, character and integrity. It’s all there in black and white, albeit often in undecipherable words – can somebody explain what consanguineous means? My computer crashed when I searched for its meaning.

The judgement has what Malaysians love – somebody getting a whacking!

The Malaysian attorney-general is so powerful he’s literally above the law, his actions being beyond challenge and review, with many people having felt the sharp end of it, so it was that schadenfreude enjoyed a field day.

While it’s nice to be that powerful and non-justiciable (another new word!), it doesn’t mean people can’t say snarky things about you, as long as they’re justified in saying so, as agreed to by the court in this case.

The real powerful person here is the judge, who can say harsh things about your character or integrity, often quoting your own words against you! I want to become a judge when I grow up, though perhaps my daughters are more qualified given, that so many of the cool judges are women.

As a non-lawyer, Adzhar may not be aware of the Judicial Officer Code of Ethics 2019. Neither is the blogger, but have been aware of the existence of Code of Conducts governing judges since the Nazlan affair.

10. A judicial officer should be patient, dignified and courteous to accused persons and litigants, assessors, witnesses, lawyers and all others with whom he has to deal in his official capacity and should require similar conduct of lawyers, his staff and others subject to his direction and control.

No harsh comment allowed! No emotional outburst!
Orchestrated rundown?
So lets zoom on the news report here that brought out the excitement of Shanmugam.
The SRC is a criminal case and the principle beyond reasonable doubt applies, in which there were more than a 100 factual errors in the judgement but court sources fear personal ego may have got in the way.

However, the Edge report here is rather disturbing for this layman court observer and it is as disturbing as the "national embarassment" remark pass by a certain court. Excerpt below:

"It is not exactly rocket science to appreciate the issue of the RM2.6 billion (which Apandi had declared as donation) would be the core and fulcrum to his very own case swings and tilts by. It would be a grave remiss if the plaintiff were to avail himself to this court, without being candid and without being fully equipped to the brim to justify his magnanimous decision to prefer the donation narrative to exonerate Najib," the judge said.

Surin Murugiah spinned the report in the fashion of Kit Siang's usual lengthy and long winded title in his blog postings: "What is Najib's response to ruling of absence of evidence of RM2.6b donation from Saudi royalty, asks Kit Siang."

Since 1MDB-Tanore case is still on-going in court, Azimah conclusion before the judgement in the other court seemed strange to this blogger. It is made without reservation as though she is as conversant as the DPP for the 1MDB-Tanore case.

On the day the 100 page judgement was given, sources claimed the court was apparently rescheduled two hours later to allow online hook-up for Kit Siang to hear the lengthy read and suspiciously for media coverage orchestrated.
Whether it is true or false, yet the lengthy written judgement was only available weeks later.
From the IP prepared by MACC to the DPP case till written judgement, there is the signature of only one person.
It is not a surprise Apandi is being victimised by the Judge's run down commentary and subjected to investigation by the same SAC who investigated and improperly forfeitured Najib's recently returned personal assets.
Heaven sake Rafizi! Apandi did not represent and meet the fugitive Jho Low but met lawyer representing him.
Before doing the Rani Kulob stunt to do police report, did the PKR idiots bother to ponder first who authorised the lawyer to represent Jho Low and seek Apandi help to talk to AG?
Logically, the lawyer would not do so without some form of clearance from somewhere!

There seemed to be incontravention with Article 7(5) or (6) in the Federal Constitution's Judges Code of Conduct 2009 below: 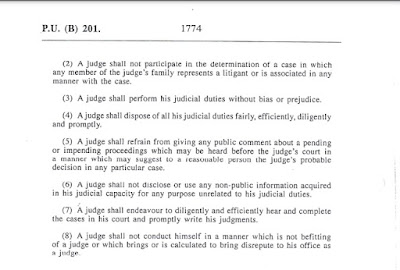 As far as Azimah, conversation within the court  refers to her days as Court Registrar by the Malay colloquill description, "ketegaq". Its not this blogger's Malay dialect to appreciate its intended meaning.
However, her antics warrants Article 7(8) be considered to be looked into too.

Personal opinions and emotions are not ethically acceptable to be expressed as it clouds judgement. Stick to  facts presented in court.

It cast doubt on whether Azimah has the proper judicial temperament. Writing a judgment does not give the Judge the right to run down any party in a trial. The Judiciary should be free from such emotional radicals. 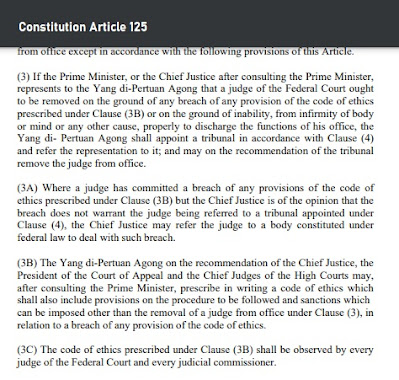 Not sure, the current basket case judiciary will consider taking action for the possibility of a tribunal to look into her conduct.
at 8/08/2022 09:52:00 AM