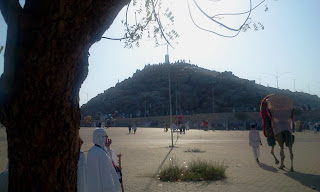 [This is a scheduled posting.]

At this moment, we should have completed our asr prayers and are on standby awaiting instruction and transportation from Tabung Haji to depart for Arafah.

We have been prior informed of our assigned tents at Arafah and tomorrow in Mina by Tabung Haji. The expected arrival at Arafah is maghrib. 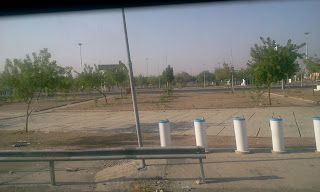 For the old and incapable, Tabung Haji has assigned a one-on-one personal care and supervision for them and they will depart with their assigned petugas.

The medically high risk sick ones will depart late after Isya with doctors accompanying them.

I am considerd high risk but there are old men and women that is of higher priority. As "petugas" albeit "sukarelawan", I am expected to give other's the priority.

Thus begin the once in a lifetime ibadah of Haj compulsory upon all Muslims. 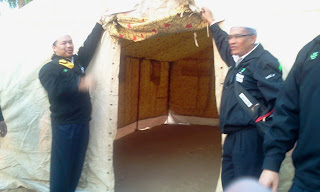 In a special briefing given to the petugas media last week, all system go for Tabung Haji.

We will be there in simple makeshift tents for tonight till tomorrow night at Arafah. There is no carpet for the Muasasah, no air-condition. Only our mats and praying mats to sit and sleep on. Luggage bag as our pillow.

It is the zohor to asr moment most seeked after for doa and repentence.

From Arafah, there will be live telecast to back home by RTM and Al Hijrah TV of the khutbah to be delivered by the Minister in charge of Religous Affair for Prime Minister's Department, Dato Jamil Khir at the makeshift surau for Malaysian pilgrims on Arafah.

Check out at around 5:00 pm tomorrow. 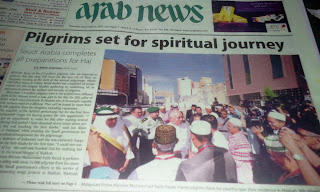 Prime Minister will be in the audience. He was making the frontpage of Arab News newspaper yesterday.

There onward, tomorrow night, we will all travel to Mina and stop for awhile at Muzdalifah, which remains a part of Haram soil, to pick up stones for the stoning of the devil on Sunday onward till Wednesday. 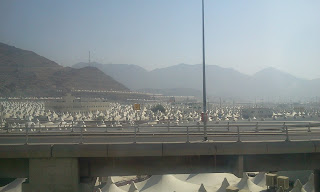 We will be staying in Mina in more organised and equipped tents, Insya allah.

After the third day of stoning ritual is over, we return to Mekah for the tawaf. We could only blog after Haj is over.

Seeking all Malaysians to pray for our safe Hajj and hopefully nothing untowards happens.

Your 2 recent postings moved me to tears. It reminded me of my own experience - how things can change in a wink, kindness shown by our brothers and sisters there when all hope is lost and how fortunate we are compared to some of the hujjaj from other countries. My doa goes for a safe journey, fulfilling submission, spiritual gratification, health and rahmat by the Almighty for you and all of the hujjaj. We maybe thousands of kilometres apart but I can feel the anxiety and the mix feelings of not knowing to expect in this journey through the Masyaair.