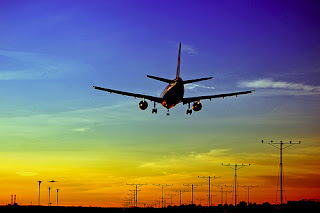 This blog have no qualms about anyone giving opposing opinions as long as it is fairly argued without too nasty remarks and provocative words.

In MAS and Air Asia issue, Olek Skilgannon is one commentator that seldom appear to express his lengthy and well argued view. Not only he (or perhaps she) appears here, but in other blogs.

This posting is neither to run him down nor to counter him. He is best left to his own elements. He highlights an example to show the perspective of ones viewpoint is more relevant than the strength of the arguments.

Over time, Skilgannon view and argument on MAS will appear in three forms:

First, the CCF between MAS and Air Asia is the way forward. Despite the critics and shortcomings of the management of MAS, he insist they are on the right track.

Second and in contradiction with the first, MAS and KLIA does not stand a chance to SIA and Singapore as being more superior in all aspect.

Thus, although not mention, he is sending the message that MAS and Malaysia can forget about attempting to make a comeback.

One can guess he is a Singaporean.

Third, another area not mention but is obvious in his comments is that he never take consideration the wrongdoings of Tony F. He argue purely from his "anything goes in business" angle.

Usually he would brush off any critics of Tony F after he has argued his points.

Despite Skilgannon fair arguments, his thinking and inclination will not be acceptable to the likes of us. He does not serve our purpose and we are not jointed by common aspirations.

Frankly, he can be negatively perceived as a typical proud kiasu Singaporean in which bragging about Singapore is second nature.

The likes of us are concerned with Malaysia's nation building agenda, boosting morale of its populace and seeking solution to our problems.

What works for the little red dot will not necessary work for Malaysia and its diverse characteristics and multiple objectives.

Skilgannon has an inclination to see 'business for business' sake.

Unlike us, we are not overawed with wealth made from devious means. That is counter productive to the bigger scheme of things than the smaller but selfish interest of business and quest for profit and wealth.

Putting his motives aside, he seemed to give paramount concern with the current external challenges faced by MAS.

We view any collaboration has to be with honest partners and everything else will fall in place. And it will not serve the bigger scheme of things if that partner is part of a grand scheme to decimate a Malaysian institution.

We need more viewpoints and suggestions that is honest, sincere and takes account the reality than well argued views but is driven by other motives.

In that respect, the following article and comment from blog Economic Policy gives a better perspective than any well argued debate: 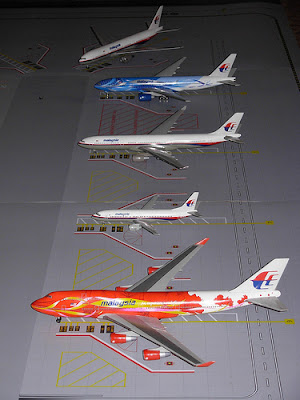 The Malaysian Airline BusinessNow that the "low-cost" airline has successfully crippled the "national flag carrier", it does look like the small fly may eat the big bug, in small snatches.Introducing the low cost airline cannot be to "increase competition" of the Malaysian aviation industry. You have two totally different products: one "full cost" and the other "low cost". In no way should "full cost" be thought of as "high cost" and "low cost" to be "better value". It is just the way the competitor has cleverly maneuvered itself into the public psyche that created this perception. If pricing is cost-plus, then one should be getting probably almost the same value for the services rendered.As a corollary, it is also true that "low cost" means "low price" (which the airline is now trying to reposition itself) but not necessarily "better value."

The apparent disgust that the low cost operator treats its customers must be something that the average consumer must constantly deal with which in more technical parlance means the loss of consumer rights.

It is OK for the operator not to deliver as promised, but woe betide the consumer who happens to try to alter a little bit of the contract. It is this lopsidedness that is the peculiar feature of the "business model" of the low cost flyer, and not its much touted greater "operational efficiency". If you set a computer system to deal with customers who have not way to communicate back to the system, and if you program the computer system to generate a certain amount of profit from every customer, then obviously you are going to get that profit as programmed. Once the "parameters" change, as we see the low cost flyer pulling out of Europe, then you know that it is out of its depth to cope with a more challenging environment.It is not rocket science to know that to get the average price down, every flight must operate at a certain high capacity. It is this targeting that we see to be promotional strategy of the low cost flyer, as well as the constant attempt to juggle flights in order to pack passengers into a certain targeted "high capacity" which is otherwise termed as operational efficiency.The national carrier becomes disoriented when the low cost flyer enters the story. How does one compete with a "low cost" competitor?

This is the wrong question.

There is also room for further cannibalism by the small of the big.

What other experience and expertise does one have that the other does not have.

The Malaysian Airline business may just be one episode that shows the general fragility of the national economic fabric. There is a lot of communications and clever talk, but all those who could do are sidelined and relegated to the dungeon to work in the galley to keep the ship going.

One commentator, Walla gave a supporting comment. The extract below: 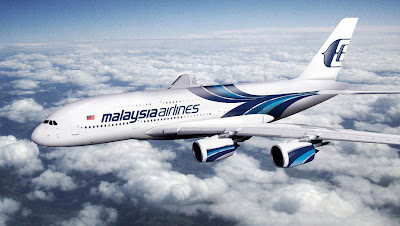 What is that extra value in flying MAS over AirAsia? People who have flown in both will say there is something substantial there, not just from the experiences with both but also when toting up the actual price elements and perks.MAS should focus on its extra value and build around it a phase one for its recovery, not so much to get back old customers lost to others because it will be costly to do so even if it happens as an incidental bonus.Phase one is to target new customers, perhaps those who are flying for the first time who are savvy with channels like social media which should be considered as a marketing campaign tool.In view of its standing debt, this phase one is critical. In fact, MAS can turn threat to opportunity. Perception of MAS is low and morale is down. It should start a marketing campaign to make positive use of that perception to say "yes we are down and desperate SO that is why we are now offering you fly-two free-one.." or something like that. The arithmetic needs to be done precisely if to avoid adding to the decline but if don't try, how will know and what else to do? Giving the staff something to work on will also help them help the airline to help them help themselves.Phase two has to do with internal restructuring based on lessons learned. Whether it is about decoupling from politics and national objectives, or going lean and smart, or getting to the bottom on inventory, maintenance and cargo, MAS should take this phase as its last redemption to throw-off the yolk of legacy issues. No more will MAS is being forced to buy three different engine to make for political and other motives.Phase three should tackle KLIA the place. On paper it might be separate from MAS but right now it is the hub for the airline's spoke routes. The terminal is underutilized and bleeding. Despite its location, new features can turn it into a more active and thriving place for people to make money and therefore attract free publicity. Additionally, there should be integration with KLIA2 and Cargo for symbiotic benefits.Aviation fuel is about new planes and revenue-optimized routes, latter implying landing rights; if blocked, find new destinations which means working with tourist agencies to create new tours and business destinations.Lastly, phase four is aviation management should be populated by mathematicians, especially those schooled in optimal control and other maths theories. SIA rose because they took the best from UM in that field. The engine of the airline industry is not Rolls Royce or General Electric but numerical optimization.Which comes next to MAS as one in the family of other bleeding sub-par local behemoths? It is only political cowardice that stands in the way of real improvement and progress.

Hopefully someone in MAS or higher power is reading these two views.

No worries. We never fly AA (nor buy anything from yellow-smelly-ass licking Naza). Who's skilganon anyways. We skip his .yada...yada...yada...shit...long time back.

Tuan Paneh,
Your writing reflects the conscience of most Malaysian. We see things from the perspective of nation building i.e. nurturing talent, creating job opportunities and wealth distribution while the small red dot is about single parameter optimization, where the optimality is within tight and narrow band parameter. The hope is that rational thinking will take over economic paranoia.

Thanks for the compliments (I think).

It's strange, however, that you think that "perspective" is more important than "strength of arguments". I would have thought that they should both be accorded equal importance.

My views on MAS and AirAsia, while influenced by my experiences as a fairly frequent traveller, are not unique or original. Other commentators and analysts have been voicing pretty much the same opinions.

Maybe we can agree to disagree on what ails MAS and AirAsia. Time and history will show who's right and who's wrong on this subject.

But I will still voice my views and opinions as I see them, in this and other fora.

After all, informed discussion is about analysis, refuting, rebuttals and critical commentary, isn't it?

As far as the "Singapore angle" is concerned, I make no apologies for highlighting areas where the city-state seems to have got it right, where it has "first mover" advantage and where Malaysia is playing catch-up.

And, in this context, the contrasting fortunes of MAS and SIA is a subject that should be discussed in depth and analysed in detail.

Why? Because the aviation industry and air hub status is important for Malaysia. It's really as simple as that.

In early 2000,after MAS registered a net loss of RM 2b, they adopted the WAU strategy among which the loss making MAS Catering was sold to LSG Skychefs Brahim. In 2011, Brahim's announce a net profit of RM 15m for the airline catering division while MAS announce a net loss of RM 2.5b. Isn't it strange here because by right MAS loss should be reduced with the privatization of it's catering division?This means the management of MAS is totally incompetent and ineffective.

Too many blood suckers sucking on MAS. Lopsided contracts for food catering at extremely high price over a period of 25 yrs definitely is one of the reason that eats into MAS profit. The stripping of MAS's assets is another mistake. Now MAS has a set of Air Asia's operatives doing critical function that will work for the benefit of Air Asia and not for MAS is a big problem it has to resolve. The staff of MAS has lost all hope of recovery with this set of people in their midst.
The Silent Observer.

One way to cut the mess; just tell the govt to close down MAS and start a new national airline. This way MAS can release itself from that stupid catering contract and appoint new management cleanly.