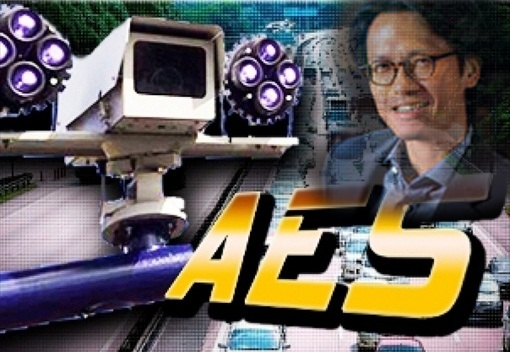 Over dinner sometime last year, one former mainstream media editor shared an information on the controversial AES. He said someone related told him that Dato Omar Ong has interest in the privatisation of AES.

The editor told a lot of what he heard on the grapevine but shared no details or explanation. Only "someone said this" and "someone said that", thus giving an impression of him as someone loves delving in petty gossip.

We did not consider his word as reliable and most of the rumour mentioned by the old timer is out there in the blogs and social media. However, we did not totally put it aside. And, we got someone to check and got only an affirmative yes. Still no details was given.

Ever since, few other sources, in which few are consistently reliable, confirmed the same. Syed Akbar's posting here on The Star's report confirmed the link to Omar Ong. 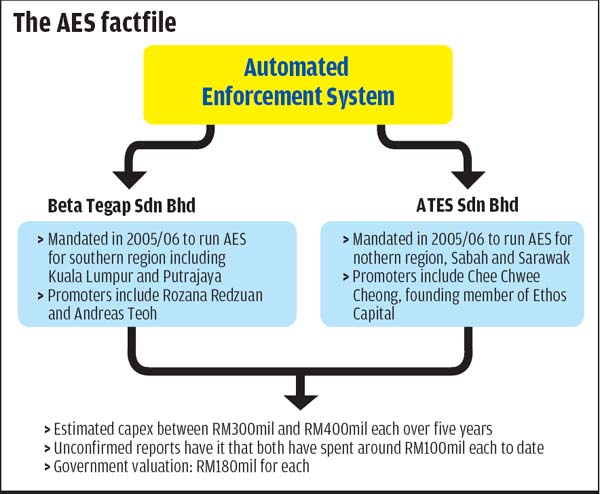 An extract of the report below:


Under the terms of the concession, Beta Tegap was supposed to have implemented the AES for Kuala Lumpur, Putrajaya, Selangor, Negri Sembilan, Malacca, Johor, Pahang and Terengganu, while ATES was to have operated in Perlis, Kedah, Penang, Perak, Kelantan, Sarawak, Sabah and Labuan.

The major shareholders are Rozana and Dr Andres Teoh.

The name of the biggest shareholder with RM5.8 million shares rings a bell.

Her actual name is Rozana Abdullah but used to go around as Toh Puan Rozana Tan Sri Redzuan Salim. She may have dropped the Toh Puan by now after her divorce from the son of the historically reknown late Syed Nasir

Her late father or adopted father, Salim was formerly the Division Chief of UMNO Parit Sulong, Batu Pahat. Outside the Muar originated aristocrats, his family is another reknown UMNO family and dominate the scene in Batu Pahat and Pontian.

Rozana is an accountant by training and started her career as analyst at UBS and later became dealer/trader at PB Securities. She later returned to the family business, which was infamous for doing JV of Malay political connection and Chinese development expertise. His wealth comes at the deprivation of other capable Bumiputera and Malaysians.

When the family ventured into the high finance world of PLCs, she was made Executive Director of Plantation & Development. P&D became a PN4 company when they brought in then MCA linked man from Batu Pahat, Dato Soh Chee Wen.

Why are we stripping her naked?

The family owns an expansive home next to a public park and a red Lotus sportscar used to strut around Batu Pahat town parked at the front porch. Knowing too well the late Redhuan's opportunistic and insatiable appetite for easy money, this is not likely to be a political fund raising.

How much is enough for them?

The second largest shareholder for RM4.2 million shares is Dr Andres Teoh (while other blogs refer to as Andreas Toh).

Not much is known of him but his company, Mediharta Sdn Bhd won a lucrative contract from the Ministry of Health in 2005.

The Wall Street Journal 2005 report here wrote that Mediharta was to be awarded the monopoly of hologram-lebelling for drugs and medical product. More on the subject here.

The PKR blogs had linked him to MCA Johor and accused the AES deal as an UMNO-MCA Johor JV. [Read here]

In a PC last year, PKR Treasurer, Wiliam Leong claimed here Bina Tegap used the technology of an Australian company, Reflex Pte Ltd. It seemed Reflex will bina (construct) and beta (royal for I) in the company will surely be tegap (financially strong).

The link to MCA is claimed to be via a person by the name Datuk Arianta Alikusno. The source maybe PKR and probably came from Dato Chua Jui Meng but there should be no partisanship when it comes to our disgust on corruption and power abuse.

Also revealed is another shareholder by the name of Datuk Yunus Othman. Possibly he was replaced by Nik Ismail.

For the better catch, we continue with The Star's extract:


The system was supposed to have been launched nationwide in September 2012, but was delayed due to massive resistance from various quarters.

The major shareholder of ATES is Commercial Circle (M) Sdn Bhd. One of its directors is Chee Chwee Cheong, who also happens to be the founding partner of Ethos Consulting, which is one of the country’s most influential boutique advisory houses.

Apart from Chee, the other director of ATES is Lawrence Foong, who is Chee’s father-in-law. 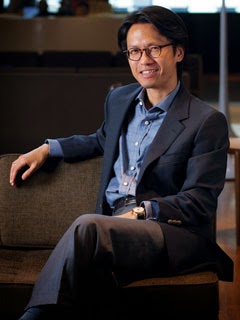 It is interesting that the major shareholder parked their interest in a company called Commercial Circle. Who could be the shareholders of the company? Is there Ethos Private Equity?


Ethos PE appeared as a shareholder in an oil and gas company which in turn won contracts from Petronas.

Conveniently, there was a corporate exercise where the O&G company did a reverse merger to control or jointly control a former PLC O&G company. Hint hint ... dig up on Tanjung Off-Shores Berhad.

The plan is to re-list the company with a brand new facade and so-called other business. Refer back to past posting of Tan Sri Vincent Tan's attempted scam to relist again 7-11 for the fourth time.

Surely Omar will deny and it is probably not Ethos PE but it is the old trick of the trade to put a layer or tow to shield the true shareholder.

The Oxford PPE graduate was still a skinny Chinese kid in SMS Muar and son of a Wisma Putera officer on foreign posting when the market was rife with the game of nominee and proxies. It is not too difficult for past players to figure out the links, associations and fronts these days.

Anyone can see that Chee and his father-in-law are only Omar's proxy via Commercial Circle. The name itself sounds like a company taken off the shelf from a company secretarial firm.

Another extract from the Star:


In early December last year, a motion was passed in the Dewan Rakyat to allow the Government to take over the project from the companies, paving the way for negotiations between the companies and the MoF.

The companies’ estimated capital expenditure (capex) for the project was to have been between RM300mil and RM400mil, with 60% being spent in the first six months of rolling out the system.

However, up to last year, the companies were reported to have spent just over RM100mil each.

The Government is taking over the two companies via AES Solutions Sdn Bhd, a company owned by MoF-controlled Prokhas Sdn Bhd.

The-then Deputy Finance Minister Datuk Ahmad Maslan had said that the two companies had an estimated investment cost of RM717mil, and that the Government would conduct its own due diligence.

Sangat cantik .... the shareholders only put a paid-up capital of RM16 million but with a privatisation project, they could earn revenue as much as RM700 million a year.

The companies claim to have invested RM717 million and spent 60% of capex in first six months but company report only shows they spent only over RM100mil each for last year.

One of the concessionaires demanded between RM400-RM500 million based on a big four accounting company valuation. However, Government valuation only placed it at RM180 million for each company.

For all the money and yet the technology and capability is not theirs' but it is wholly the Australian company show.

This stinks to high heaven. It is rent seeking. Making easy money from being mere intermediary. Isn't this giving bullets to the opposition?

Since they are politically linked, they better realise the public has no tolerance for public money used to pay for a controversial privatisation which did not take off and should not have in the first place.

If they want to still stay around, do not try to be funny by being demanding. Be they BN-linked or PR-linked or korparat-linked, we are ready to shed such opportunist naked till no pubic hair left.

Imagine, some bloggers were asked to defend AES for BN political interest but there are Malai Si and Cinabeng making big easy money for nothing. In Omar Ong's case, the guy is profiteering from his close proximity to PM.

If bloggers had asked for token to pay for their on-line bills and equipements, politicians would scream to high heaven and called them with all sort of labels. Businessmen tend to be calculative and kedekut. They would not bother to appreciate the bloggers. Opposition blogger would taruk them as though they are real pejuang.

End of story, te government shouldn't be paying more to these opportunistic rent seekers. Pay back what they actually spent. No more and the lesser the better. They have got too much already.

Damn with their accountants, Hishamuddin!

Hate to admit it but if this happened during the BN 2/3 Supermajority era, no one can make a big fuss out of it & will surely turn out to be another PKFZ where everyone will get acquitted one way or another.

You said "Imagine, some bloggers were asked to defend AES for BN political interest"

I hope these Bloggers do not start atacking you and me for highlighting this AES fiasco.

It looks grand when editors of our

or liberal rights [june wong aka

That is not even important or

merits a discussion. Look I spend

some time at Maastricht and

am impressed with the [Holland]

national emphasis , whether in

their newspaper , mass media or


It is always about what Holland is

the once gigantic Dutch Coal Mines.

at Eindhoven [not v far fr

(which RVB -now Maastricht was

They may not be listed

in the Times but they do not

bigger than our national


Now, what is Malaysia No 1 in

today I heard in the news some

8. Corruption on a corporate

the people. During Mahathir's

Note:During my childhood days the

only gambling was restricted to


Nowadays , gambling windows can be

7- day a week under a pretext

of CNY, Happy happy or special

draws. All the chingkies

have to do is make a

contribution to the ruling

party or the gomen officers!


How does corruption on a corporate

it. Privatisation without a

superior benefit to the gomen

is a pure piratisation.


Look at how many piratisation has

nationalised]. Soon AES will be a

stats in the priratisation thingy!

on gaming is another big corporate

on the number ekor alerted me to

this issue. The prizes were minute

compared to the collection by

Genting 4D. There has never been


The editors of Star are all big

prostitute writers- writing or not

and shenanigans. Instead June Wong

updates and made up catholic

rights. An honest and credible

is comprehensively presented by

The BS written by those 2 Wong-ies