A house in disorder does not offer hope 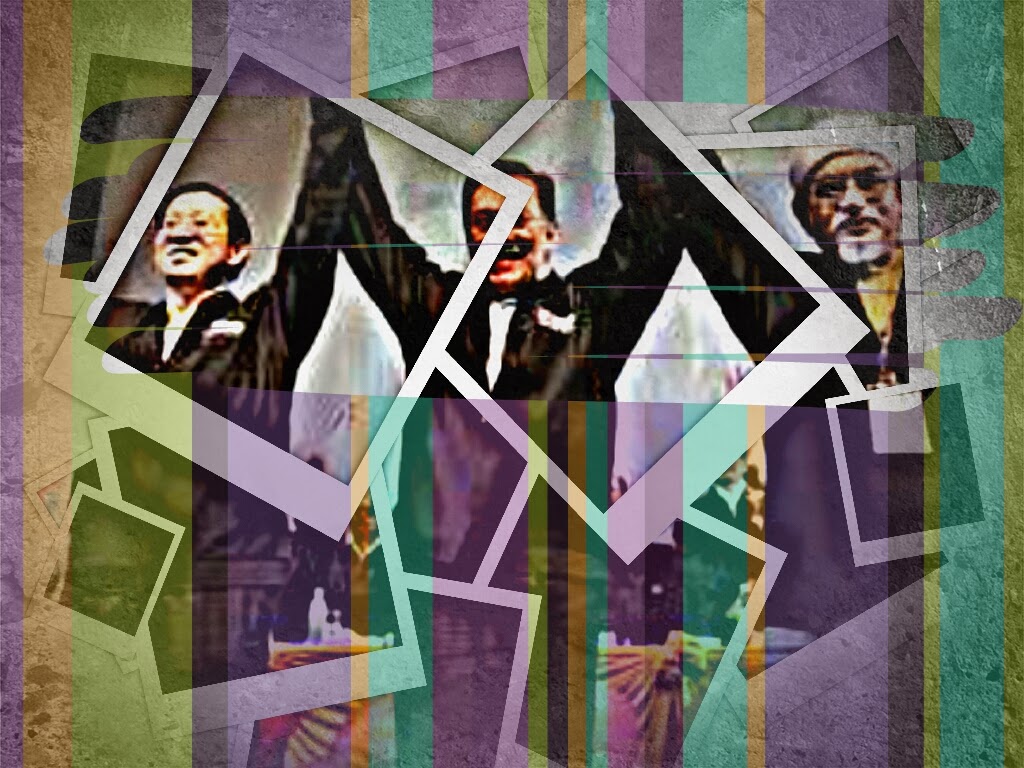 Technically, Pakatan Rakyat (PR) did win the popular vote. But the fact remains that they did not form the federal government and that might be a blessing in disguise.

Mega-rallies were held across major cities. 84.84% of eligible voters showed up, the highest in the history of Malaysian general elections.

My friends and I gathered at our little home overseas and stayed up all night to follow the results.

Alas, when Sabah (PR won 12% of the seats) and Sarawak (19%) were tallied, we knew it was over. Fast forward today, with heavy heart,

I have to say that the 505 disappointment is probably atoned by the dismal state of PR. I suspect even some PR supporters and politicians secretly agree about this. 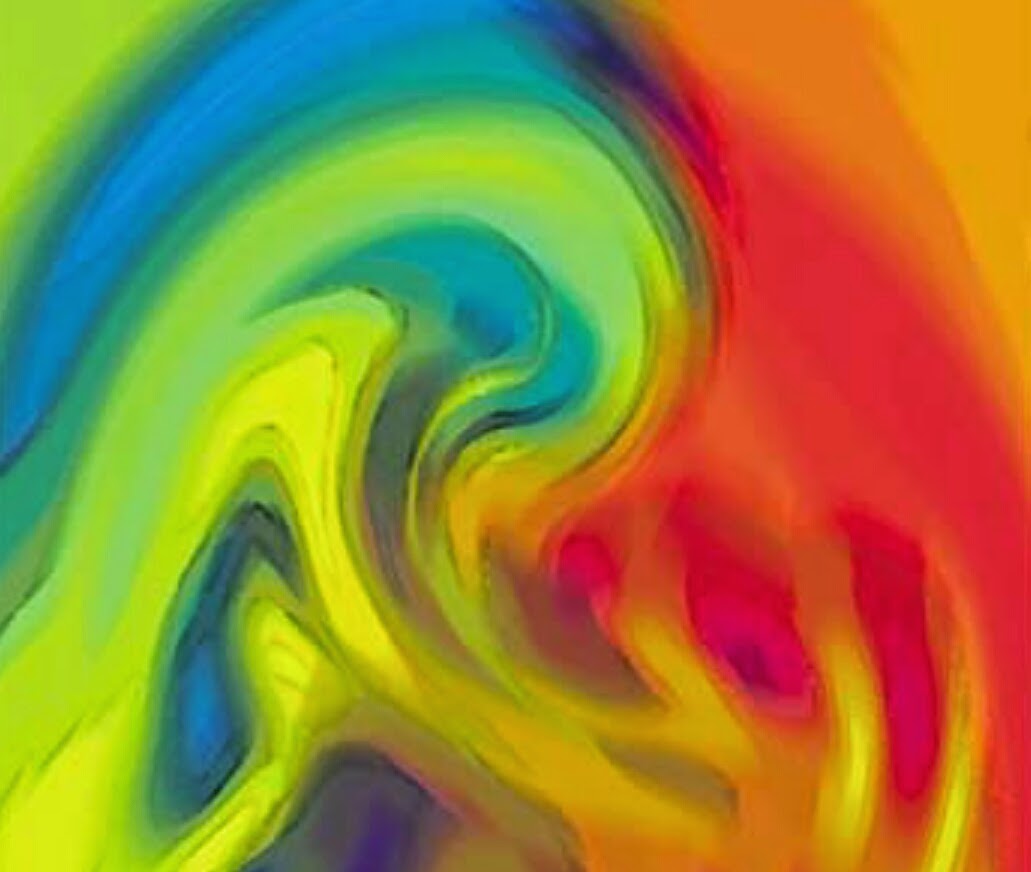 Let’s take a step back and rewind. Remember when MH370 and MH17 were lost?

It is a big tragedy for our nation and we were at the centre of global attention. I was anxious that our politicians, who have the habit of poor word choice and saying the wrong things to the media, would embarrass us on the international stage.

The handling of MH370 was poor and we, and I mean, we (the country, not just the government), rightly received backlash from international reporters.

But, I have to say that the response to MH17 is much better.

Datuk Seri Hishammuddin Hussein held daily press conferences, even after the limelight was gone. By Malaysian standard, his conduct is professional and his English is good enough.

Then, there’s that impressive negotiation brokered by Datuk Seri Najib Razak. At that particular junction and time, I was proud that he is our prime minister.

If you find the above statements nauseating, you can stop reading and go straight to the comment section. If your pro-PR blood is not boiling yet, read on.

Our leaders represent us on the global stage, and I shivered at the thoughts of having some leaders saying to the international press that the tragedy is God’s will, or that the planes were missing because Malaysia Airlines stewardesses were wearing skirts and serving alcohol. Do you realise how badly that would make us look?

Stop for a second and imagine. Done?

No, please really think about it because that is what’s at stake every time we choose our representatives.

Sure, Barisan Nasional faltered a lot of times and 1MDB is just one out of many reasons why we could have rejected them.

But PR, just don’t present themselves as a viable alternative government. What if in the midst of those crisis management, the PR government fell?

This is a valid question.

Recalling Rafizi Ramli’s admission that just before GE13, where several leaders of a component party met with Datuk Seri Anwar Ibrahim and said that they do not want him as prime minister (if they win Putrajaya) and suggested Tengku Razeleigh Hamzah (Ku Li) as an option.

With due respect to Ku Li, the rakyat voted with the impression that Anwar is the undisputable leader of PR and the prime minister in waiting. Not only this is backchanneling, but it is a betrayal and manipulation of the rakyat’s trust.

That has to bring us to the mother of all political dramas, the “Kajang Move”. PR destroyed its own credibility with this move.

Many people I know who used to be pro-PR became disillusioned with all the multi-layered deceptive moves, and how much they aired their dirty laundry and shooting each other in public view.

For the rakyat, it is simple. Most fence-sitters do not care who the menteri besar is. But what we do know and care about is that they (the PR politicians) are not honest with us.

The rakyat can no longer trust them as plainly as before. And what a mess it was.

Rather than a government in waiting, PR seems more like an episode from the "House of Cards" drama series.

If they can’t get their house in order, how can we let them run the country.

Sure, PR politicians and supporters can come to me and say, “Well, it’s easy for you to say. You are just sitting here and typing nonsense.”

To that I will reply, “Well, that’s precisely the point. You are the ones who run for office and ask for our votes. We have expectations and if you can’t fulfill those expectations, of course we will complain and criticise. If you can’t take criticism as a wake-up call and want to silence your dissenters, you are no different than Barisan Nasional and their sedition dragnet.”

In politics, there is no angel. You have to pick between the devils.

Look at PR today. There was so much hopes and ambitions but so little of it remains. Coalition politics is never easy and PR itself is made of many different, perhaps competing, key players. There are anti-PR people within PR who are bent on discrediting PR from within.

I’m not referring to the whole of a certain party (or two). Indeed, there are people in all three parties who have worked hardest to bring PR together. They have to answer to their allies in PR and negotiate with the disagreeable faction in their own party.

But some people, out of their narrow interest and failure to see the bigger picture, have all but burnt the bridge.

If previously cooperation within PR is obtained through painful negotiation and keeping a united front in the eyes of the public, now probably they must get all the pro-PR on one side and leave out the anti-PR faction.

The ship isn't going anywhere if the crew keeps on quarrelling among themselves.

If PR were to survive, or a new coalition led by pro-PR elements were to succeed, they must agree to stick to the “common manifesto”. At the very least, this ensures that the rakyat will know what they are getting if they vote for PR, unlike now.

No local council election and no hudud without consensus. All major decisions must be agreed to by all, otherwise the action or policy shall not be pursued just yet. Many common goals should not be neglected at the expense of a few differences.

It is not impossible that had PR won the last general election (GE13), their government would have fallen by now.

Umno-Barisan Nasional (BN) has never lost the election and they would surely consider all options to restore their rule, including the “unity government” proposal.

They would have made a desperate bait, much like the hudud bait they threw last year, and the anti-PR faction within PR would probably take the bait, just like they did now.

Or perhaps for a few months after GE13, there is still no prime minister because they could not agree among themselves.

Or that some PR ministers quit the coalition halfway because they do not get things their way and cause the fall of federal and state governments.

We cannot afford this at the time, especially with the falling of the ringgit and a thousand other problems.

There is no sense of direction and leadership in today’s PR. PR politicians like to portray Najib as a weak leader, but at least there’s a clear and unanimous leader in BN.

Can we say the same about PR? Who’s in charge? What’s their common agenda and where’s the alternative government?

The top leadership barely meet for months and some of them are not on speaking terms with each other. The astounding lack of unity is the clearest indication that they are just not ready to govern the country as a whole, and only suited to shout and bark from the opposition bench.

Pakatan has failed Anwar. He has helped build the coalition at the expense of a five-year jail term at the age of 67.

Regardless of what one thinks of Anwar’s politics, he chose to stay and fight. Any lesser man, like myself, would probably be cowed by means of compromising with the powers-that-be or fleeing to other country and spend the twilight years with family and freedom.

Those who count themselves as his colleagues and yet hell-bent on tearing the coalition apart are rendering his sacrifices amounting to nothing.

Most of all, today’s PR has failed the rakyat. And for that, and for as long as PR does not change its ways, the nation is better off if we stick with the devil we know than the one we don’t. – March 28, 2015.

* This is the personal opinion of the writer or publication and does not necessarily represent the views of The Malaysian Insider.
at 3/28/2015 04:42:00 PM

The writer didn't even mention the fact that Anwar was an ex-convict who spend time for abusing power as Deputy PM. I can understand why he did not bother to mention Anwar's sexual orientation, though. That's normal for liberal minded people, especially those who lived in the west. These kind of people would not even mind having a bugger as Prime Minister.

I beg to differ. We are mostly tired with the devil we knew and are more willing to try the other devil that we don't know. BN will be disposed off in the next election. Good riddance.

That is for someone who does not care for the country. They hv nothong to lose, uncommittal and ready to fled the country if things turn sour.

That's just wishful thinking on your part, biker 9.31.
You like it or not, the opposition is crumbling. The end is inevitable, and being rudderless, very soon it will end like flight 4U 9525.
Sorry to bring you bad tidings.

The writer has a point on what if the same problems causing the Pakatan rakyat to split apart happened when it was in charge of the federal government.

Then again, if Pakatan were running the federal government right now it would not be splitting apart.

Anyway, the big question now is what is the future of Pakatan, with or without PAS?

PR has too many little Napoleans, each with their own interests and ambitions. They are vain, prideful and full of envy.

Race and religion are still a big influence on Malaysians.
DAP and PAS are opposites in both aspects.
Their present partnership is a sham marriage. It will fall apart and tear the country horribly if the current Pakatan ever takes over the country. The current hudud crisis should be an eye opener.
BN has rotted. The opposition DAP and PAS has rotted along as well, becoming even more desperate after they tasted a bigger victory and BN's possible defeat, people who says they don't know even after Pakatan have controlled 5 states and lost 2 are just willfully ignorant. Both BN and Pakatan have their own napoleons and warlords who only have their own interests in mind, bowing and begging to the ones who can help them rise and profit, and backstabbing every one else.
Politics is shit. I feel stupid if I were to support any side blindly. Every negative issue that comes out, no matter who is involved, BN or Pakatan, whack them all. Whack all those blindly supporting media and NGOs and blogs.
Politicians are tough cockroaches in this country. Scandals that should have buried politicians every where else don't even dent their conscience here. Only way they fall if their party and fellow politicians choose to dump them.
I don't have any hope. Only fear that you squabbling politicians and your supporters will bring tis country to ruin.

Keep dreaming dude.... PKR is the school drop out type of a devil which would cause civil war in Malaysia.
Make do with the current devil. No one is perfect.