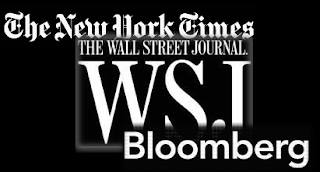 After the NYT interview which got an immediate response from Foreign Minister, Dato Anifah Aman [briefly touched here], Bloomberg made negative aspersion of the Malaysian economy and was swiftly responded by Dato Idris Jala.

It's already June 20th. According to rumours making its round sometime in March-April, Dato Najib would resign by June 30th supposedly due to Sirul revelation that Najib instructed Altantunya's killing.

However, a "surat layang" believed to be concocted by an old guard was prepared with the script of  Najib of impregnating Altantunya. And, that brought out a fatal response from Datin Seri Rosmah on Altantunya.

Yummy stuff but will have to wait out the foreign media assault phase.

In Anifah's open letter, he was dead focus on the misrepresented fact in the NYT interview. It wasn't a mile away because he hardly touched on the personal opinion of Tun Dr Mahathir. 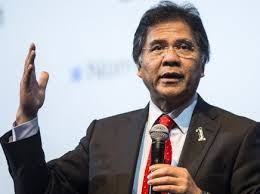 
Differing opinions are bound to be expressed on Bloomberg View. The defence of “fair comment”, however, does not apply to getting facts so woefully wrong. We would hope that the editors at Bloomberg agree, and will correct or take down such a disgracefully biased and ill-informed article.

The allegation can be summaried as the excess from the over priced purchase of Genting Sanyen (IPP subsidiary of Genting Berhad was rechanneled back as election fund to YR1M via Genting's plantation subsidiary.

1MDB and YR1M are two separate legal entities. Assuming 1MDB, YR1M and the Genting Plantation company underwent due process in which decisions are not solely that of Dato Najib, there is no legal issue for something with a clear separation of time and event to contend with.

The problem lies with the presence of Dato Najib as it allows the simple minded public to connect the dots between the two entities. They will assume and judge it as one plus one equals two and that is all to it.

Off late, it is not facts or accuracy that matters but the need to create doubt and influence the public by viralling the simplistic conclusion.

Nevertheless, the response should not use TV3 to expose more weakness of Proton or some other past expose of Tun Dr Mahathir till a respond from Genting and YR1M is or are made. It just doesn't help Najib's cause or influence public mindset.
at 6/21/2015 12:35:00 AM

Let's be very clear that UMNO malays are just not capable nor having the integrity to rule Malaysia.

You should go through JMD's response one more time or more times to really grasp and really understand how he rebutted point per point the issues raised by Anifah rather than alluding that the latter didn't miss by a mile.

Perhaps you may wish to read OTB's response too on the same issue.

Hi. The presence of simple minded public due to najib being in two places at once? The pm is also the finance minister, also the head of 1mdb and so many others. There is no accountability with the guy. No check and balance because he at the end of the day answers to himself. I read what idris said. Pure cock and bull like what anifah wrote and also like that arul guy. Simple issues were brought up to the fore, and fails to be answered. I guess the international media has its guns on 1mdb. With dumbwits around najib, this mess he made cant be covered using "i love pm" placards. There is no way in hell, economic sentiments will be positive. Expect ringgit to further crash and no one to counter. You see, there is so much locals can do when international players come to town. This is just the start and to think this could all have been avoided if he heeded Dr M's call to get lost,

Malaysia Reserve is associated with NY Times. From there on, it catches on to WSJ and Bloomberg. These were the media Tun attacked during his administration.

Let's have the question and answer session be materialised so Najib can prove this outsiders wrong. Nothing to be afraid if he is right and he should got nothing to hide if he has not involved in any irregularities. Unless he is otherwise then more of this will follow .....

people can have their opinion all they want, but painting false picture is not the way to go.
Stay to the truth, and you can blast the government all you want. there are so many things to shout about regarding the government (that we Malaysians know so well), instead of putting your credibility as a journalist on the fence.

In Tun M's latest posting on race equality, he concluded with:

11. The magazine Foreign Affairs seems to admit that Malaysia’s affirmative action has merit. Like the reversal of the opinion on Malaysia’s fixed exchange rate policy, there now seem to be a reversal of condemnation of our affirmative action, at least by the Foreign Affairs magazine. Other foreign media simply copy the biased reports made a long time ago without trying to investigate the realities regarding Malaysia’s management of race relations and development of its economy.

Is he turning upon realising he made a mistake for using the foreign press to rundown the country? Could he realised he has made too many factual errors? Compunding it, he may have realised he realised he is not getting the support from within UMNO. Read Joce Tan yesterday:

And let's be clear too that they are a whole lot better than the racist kiasus of DAPigs and PKR who have no integrity whtsoever.