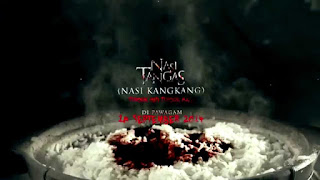 Earlier this year, an agency under the Ministry of Communication and Multimedia (MCM) undergone a change at the top post.

Many speculations arise as to why the previous Executive Chairman was removed. Prior to his removal, a certain blogger friend accused him of dishing contracts to wrong people, However, the facts are all screwed up thus making it more a set-up than a credible allegation. It turns out there were questionable appointments on the advisory "board".

There was complains against him for being light in his enforcement. But, JPA had no allocation to their request for additional staff and training to increase surveliance, investigation and prosecution.

It is not Malaysia without some politics in the background. One of his previous officer rose up the rank in politics. This opens up to various conspiracies.

These are all water under the bridge. He left and much effort was needed to hold him down in Malaysia. Otherwise, he could have left abroad and get paid in the millions.

The new appointee had an assignment in the "... decoupling the role of the chief executive officer (CEO) from the role of chairman...". It was to solve a previous problem that could open up opportunity for upward mobility, but create a new problem for the organisation.

The mere mention of "nasi kangkang" conjures up the image of an ambitous woman willing to do anything to get what she wants to the extent of using black magic on her own husband.

The methodology applied is not black magic but the prospect to the organisation will get as dark.

The woman is no Sofia Jane as in the actress that did the squat on rice scene in U Wei's 1993 movie "Perempuan, Isteri dan Jalang". That was how the word nasi kangkang got into the public conscience. Since no name is to be mentioned but lets just.refer her as "Sofia Jane".

How "Sofia Jane" will make her way up is none of anybody's freakin' business. It does not matter in the sense that most of the bitchings in office politics tend to be hearsay, speculative, and laced with envy.

What matters is the organisation and industry when she move up without any credentials and in such devious ways.

For the past 15 years, she was stuck to a single position of no significance in the organisation. It is all public relation without any exposure to policy formulation, regulatory work, industry development, and in the like Xavier Justo, the expectation of time to monitor and enforce.

Rather harsh to describe her as doing merely GRO work with the organisation's international contacts. It is not the appropriate thing to say in the month of Ramadhan despite the talk at the water cooler to described the modus operandi of this mamak lady with a chinese surname closely resemble one.

Public or international relation requires personal touch and soft skills which cannot be taught and requires some natural gift and talent. It can be done effectively in a professional manner but not as described in Malay as "mengeceh", "merenget", "mengada-ngada" and "menggedik-gedik". The English description could be just flirt.

With her limited skill and knowledge in the industry, she did manage to get herself promoted to some "strategy"-titled officer position. After 15 years, she cannot be left in the same minor role in support and services.

However, that promotion gave her access to apply her skill on the new Chairman and Minister.

The Chairman is a regular masjid goer in his neighbourhood in Damansara Utama so not gullible to "nasi kangkang". One brilliant Malay professor in regional studies used to fall to "nasi kangkang cina" and was black magic by layers of seven dragons, mind you.

The returned former Chairman and former Ministry Secretary General is capable of holding his own. Could he resist the flirtation of "Sofia Jane"?

"Sofia Jane" waits for him daily at office doorstep at 7 am, accompany him to office, and carry his bag up on the pretext of briefing him. Not that he will succumb to this woman's flirt, but it is the time spent casually that is most potent in winning the heart and trust of a man.

As it is, all the Chairman email get CC-ed to her. It would seem none of Chairman's work is confidential from her.

That takes care of one side of the power equation. By 9 AM, she waits for the Menteri. Same routine.

Dato Seri Shabery is quite steady a bloke. A simple man with no hiccup for any worldly trappings. Lives modestly in a Desa Pandan apartment. Hope he could keep it that way.

"Sofia Jane" has got her strangle on the power sources to near completion. Now it is for her to close in on the ultimate power when the CEO role is decouple from the Execitive Chairman position. That "strategy"-titled officer position has brought her close enough.

That will be access to power in the area of regulation, licensing, and criminalising offenses. It is a gold digger's dream to the pot of gold hounded by many past and current politicians and civil servants with corrupt tendency - the RM1.4 billion Annual Universal Services Provider fund.

There is a saying, "People who feel the need to control others, don't have control over themselves." That makes her dangerous.


This is the month of Ramadhan so someone will say it not appropriate to bitch on someone without a concern. The concern is significant. Without the complete power, she has proven to be abusive.

At only Jusa B rank, she managed to wiggle her way for first class overseas air travel. It does not end there. She get received at airport by chaffeaur driven car.

Edmund Burke said, "The greater the power, the more dangerous the abuse." What will happen to the organisation?

With a leadership without knowledge, experiance, skill and creativity to lead, such a senario is likely to happen. It has happened before and still happening in organisation like MAS. The organisation will begin to breakdown. Office politics and backstabbing among staff and managers on the rise.

I know, this news is famous now in the famous Felda Global Ventures right? The PRO , ex 1901 entrepreneur married the CEO, and voodooed everybody in the organisation with nasi lemak kangkang

Sir, this story seems to echo the lines of your plot ...

A man was walking through the marketplace one afternoon when, just as the muezzin began the call to prayer, his eye fell on a woman’s back. She was strangely attractive, though dressed in fulsome black, a veil over head and face, and she now turned to him as if somehow conscious of his over-lingering regard, and gave him a slight but meaningful nod before she rounded the corner into the lane of silk sellers. As if struck by a bolt from heaven, the man was at once drawn, his heart a prisoner of that look, forever. In vain he struggled with his heart, offering it one sound reason after another to go his own way — wasn’t it time to pray? — but it was finished: there was nothing but to follow .....

Inside, as his eyes saw after a moment, there were two flights of steps that led down to a second door, from whence a light shone, and which he equally passed through. He found himself in a large room, somehow unsuspected by the outside world, lit with candles upon its walls. There sat the woman, opposite the door on a pallet of rich stuff in her full black dress, still veiled, reclining on a pillow against the far wall. To the right of the pallet, the man noticed a well set in the floor.

“Lock the door behind you,” she said in a low, husky voice that was almost a whisper, “and bring the key.”

He did as he was told.

She gestured carelessly at the well. “Throw it in.”

A ray of sense seemed to penetrate for a moment the clouds hanging over his understanding, and a bystander, had there been one, might have detected the slightest of pauses.

“Go on,” she said laughingly, “You didn’t hesitate to miss the prayer as you followed me here, did you?”

“The time for sunset prayer has almost finished as well,” she said with gentle mockery. “Why worry? Go on, throw it in. You want to please me, don’t you?” ....

Maybank use to have a baiyi kaur doing nasi kangkang

We also have a new advisor with the same mission - Next Chairman or CEO. Don't know the real purpose he is here but since he is a politician, maybe to create projects (USP FUND) for the Party. Being an advisor to the Chairman with excellent experience, i think somebody needs to find out the actual purpose of having an advisor who does lack knowledge about the industry and regulation. I’m quite sure by now he is planning a project worth millions of ringgit. I hope netizen can dig and publish the plan BEFORE IT'S TOO LATE.

"Mesin kangkang, the future of your family is in your hand!"

"Mesin kangkang, the future of your family is in your hand!"