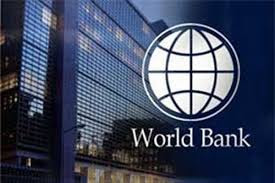 Mention IMF and World Bank, the first thing that come to our mind is the book, Confession of an Economic Hitman.

Despite our prejudice towards these two international body, latest revelation on the forex trading loss by Bank Negara Malaysia shows the currency crisis was not entirely an international conspiracy to impoverish the country as Tun Dr Mahathir said in the eye of storm as he pass the blame rouge currency traders.

Economic reports published by these two international bodies carry a lot of weight. It is pointless and could be detrimental to ignore their advise and recommendation.

The Edge and The Malaysian Insights tried to spin the good report on Malaysia in the World Bank semi annual report. Though it fair comment to hear other view, even if it is politically motivated, it is another story to propagate fake news.

In The Mole latest column, That political spin on the World Bank report, the writer express his concern below:


To accuse the financial daily and news portal of committing economic sabotage, it is an emotional response. But, when negativity is widely propagated, it could ricochet back to the economy and be a self fulfilling prophecy.

The Malaysia Insight gave the other side of the story to "balance" the commentary made based on fake news by the anonymous reader:


Here’s what the World Bank really said about Malaysia

A FEW days back, someone by the pseudonym of Athena Athena decided that it was necessary to highlight how the World Bank report was showing how bad the Malaysian economy was, via The Malaysian Insight.

Having read the 180-page East Asia and Pacific Economic Update report published this month right after, it turns out the Goddess of Wisdom was – for lack of a better description – being an alarmist with no standing in fact.

There are 72 mentions of Malaysia in the report including its glossary and definitions. Here are a few items the report mentions, with the pages where these are from.

According to the World Bank, Malaysia is expected to grow more rapidly, reflecting improved confidence, higher investment, and the recovery in world trade (Executive summary, page XVII). We have managed to reduce fiscal deficits in 2017 (page 2).

Growth in private consumption and rising exports of commodities and manufactured goods contributed to our accelerated growth, with our GDP growing by 5.6 percent in Q1 and 5.8 percent in Q2 this year, respectively (page 6).

Malaysia and Indonesia’s deficits have stabilised at around 3.1% of GDP in 2017, with a mention of our budget recalibration in 2016 after lower oil prices (page 8).

The report continues by describing how exports have gotten better, particularly for our electrical and electronics producers (page 10). At the same time, high commodity prices have encouraged exports of natural gas, and palm oil has also increased in exports due to better weather after last year’s El Nino conditions (page 11).

Real inflation is on an upward trend in Malaysia, and real policy rates have reached their peak and started to decline (page 12). Household debt is over 70% of GDP in Malaysia and Thailand (page 14).

Net outflows of capital have reversed in Q4 2016 and Q1 2017 after government securities matured and foreign investors got their boon, leading to a net inflow in Q2 2017 (page 14). Net foreign domestic investment is rebounding after net outflows between 2007 and 2015 (page 15).

Reserve coverage for Indonesia, Malaysia, Thailand and Vietnam have all increased, and while below the longer-term average, they are likely appropriate given their high levels in the past (page 20).

It again mentions our high household debt to GDP ratio, and how debt service continues to grow as a share of income in the nonfinancial private sectors in Malaysia and China (page 41).

The report goes on to exclude Malaysia and Indonesia from a projected increase of budget deficits exceeding 5% of GDP (page 46). It also mentions our focus on achieving efficiency in spending (page 47).

The World Bank also recommends improvements in supervision and prudential regulation to contain risks from rapid credit growth and debt accumulation as we already have high levels of debt (page 49). It also warns of how lower commodity prices will affect us in public revenue and finances (page 50).

It also mentions cutting civil service pensions and cutting income-support measures (read this as BR1M) in the footnote on the same page.

Adding on to that, it recommends introducing new taxes, such as one for the environment (Vietnam), taxing passive income (Mongolia), and even taxing inheritances and gifts (Indonesia) (page 57).

And at the end, talks about gaining more income and revenue from tourism by addressing concerns on safety and sanitation (page 63, 98, and 99).

The World Bank is expecting the Malaysian GDP growth to sustain throughout 2018 and 2019 with “a more moderate pace”, with an expectation of lower capital expenditure growth (page 124).

They also forecast that our GDP growth will be 5.0% in 2018 and 4.8% in 2019 respectively, with lower government consumption and fixed capital investment.

This is rather interesting, given that we have highways, a high-speed rail, an East Coast rail, two MRT lines and an LRT line – all in the works. Furthermore, there seems to be a real drastic drop in the forecasted exports of goods and services in the next two years (page 125).

Is the World Bank suggesting that government cut some of these projects in the next two years?

The risks, as pointed out by the World Bank, would be “emanating from the external environment” – policy uncertainties in major economies, geopolitical developments and commodity price volatility (page 124).

The World Bank recommends therefore that we lessen exemptions on the Goods and Services Tax (GST), address the rise of civil servant salaries and pensions, and address private sector productivity and public sector efficiency.

While these are valid warnings of potential risks to our economy, it is safe to say that the report is far from a harbinger of doom. – October 13, 2017.

Minister in the Prime Minister's Department (in charge of EPU), Dato Abdul Rahman Dahlan felt Dato Najib Razak’s economic plan earned the country praise from the World Bank and should be a source of pride of all Malaysians. (Read TMI here.)

That is Rahman, the politician and a Parliamentarian seeking for a seat in Sabah to contest. The Mole's columnist concluded:


To sum the World Bank report, it bears testimony to the past effort of the current administration to reform the economic structure.

What was done in the past is bearing fruit and in the long run, it is fair for the people to expect better things to come.

That should be what matters to the common folk.

The people should be patient. Economic reform can be painful but necessary to prepare for a brighter future.

Off course, it is not easy for them as they are beseiged by old money interests provoking their sentiment with past illusion of a romantic past glory but dirt under a carpet that is mountain high.