Is NEAC 2.0 to endorse "jual negara", including TH's asset? 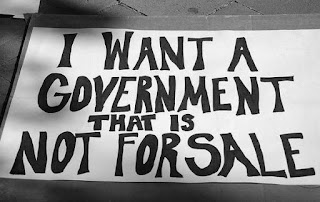 Much publicity, coverage and hope was given to the National Economic Action Council 2.0, but a month later, nothing happenned.

It was to be action oriented and none of the talk, study, overseas tour, analyse, seminar, and back and forth anymore. They are supposed to know the problems already. CEP wrapped up their work months ago with a report that was to be revealed to public but kept confidential.

Apparently, the problem with delay is its membership. It was kept within a limited circle of trust. Azmin Ali's suggested 5 were rejected by an economist that seemed to call all the shot. NEAC 2.0 members' interest and stake in the economy is only to safeguard their position and gaji (salary).

In the meanwhile, a family in Gopeng, Perak could not afford rice and living on dumpling from the remain of flour in stock. If not noticed by neighbour, the children were heading for starvation.

And, GLC assets are being liquidated at will without consideration for the financial impact.

The Malay described turning the table as "memulangkan paku buah keras". To return the nailed nut, is the plan of CEP and to be endorsed by NEAC 2.0 to put the country up for sale?

What is the true state of the economy? 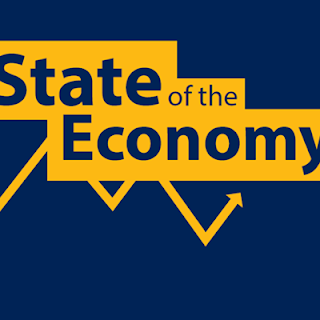 The ever lying and twisting Lim Guan Eng  kept blaming Najib, 1MDB and Jho Loh for every economic ill. It makes no sense and only trusted by Chinese that are happy DAP is in strategic control of government.

Someone familiar with 1MDB case said the possible net loss from 1MDB is paltry compared to BM forex loss!

The dude is in the know of 1MDB that he is fully aware Tan Sri Zeti personally went to the BNM dealing room to ensure money to be remitted for Petrosaudi got done. She claim to be not aware off.

Jho Loh then was much sought after by every other player in KL's small everybody-knows-everybody financial and investment community, including Zeti and Dato Nazir Razak prior to the 1MDB and SRC deals.

Off course, all are silence and swiped their hands to claim not to know him while pretending to be moralistic. Nazir was jealous because Jho Loh and Goldman Sach had a role to play. His suspicion of the deals were excuse he conjured up on hindsight.

Back to Guan Eng. the Minister of Finance, CEP (now NEAC 2.0), and PM and his adviser better stop lying and come out with the true state of the economy. The blame game makes no sense to those with analytical and critical minds that would not be easily gullible to propaganda with political motive.

Last year, Guan Eng claimed the country is in debt to the tune of RM1 trillion by selective inclusion of contingent liabilities. One year on and the latest debt is still less than a trillion.

He kept slashing budget for rakyat's well being and welfare in the midst of economic slowdown that had never before severely hit the rural agricultural population. Yet the 2019 budget presented to the government was getting bigger and all time high!

Government debt kept ballooning and more GLC assets meant to safeguard Bumiputera economic well being are being sold. These PR agency should have a better line than shallow denial.

Where is the money going?

Selling the country in a hurry 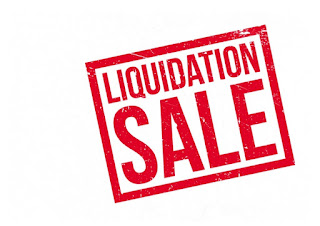 Dato Najib notice the hurried pace to sell is done at the time market is down and prices are cheap: 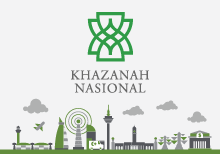 Why sell Khazanah assets when share market down, Najib asks

PETALING JAYA: Former prime minister Najib Razak today questioned the sale of Khazanah Nasional Bhd stakes in core holding companies at a time when the share market is down.

In a Facebook post, he said Khazanah was the largest shareholder in CIMB Bank, telecommunications company Axiata, UEM Edgenta, and UEM Sunrise, which were classified as strategic companies beneficial to the country under the Barisan Nasional administration.

However, in December last year, Khazanah began selling 63 million units of CIMB shares to anonymous buyers at RM5.78 per share unit, with a profit of RM364 million.

“Now these companies have become commercial assets to be sold. If the 63 million share units were sold during good times at RM7.30 per unit, we could have gained RM460 million,” Najib said.

He included in his post a graph showing CIMB’s share price at RM7.30 before the May 9 polls last year, saying prices had dropped since Pakatan Harapan took over the government.

“Even if you want to sell, sell during good times!” he said.

A July 2018 Edge article after the sales in the M + S JV with Temasek on the land swap involving KTM land raised the question of whether Khazanah asset will be sold to raise cash for government?

Khazanah sold down its interest in IHH Healthcare and BDO Unibank PLC, Phillupines was sold at below market. Khazanah is putting up UEM Edgenta Berhad for sale. Telekom is putting up for sale two of its buildings. Axiata and UEM Sunrise is to be sold down too. 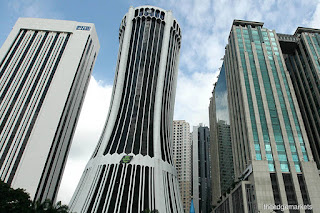 Through accounting manipulation of asset vis-a-vis liability, TH was forced by invisible hands through the manipulative and revengeful Empress Dowagers to transfer out almost RM20 billion of asset in exchange for worthless sukuk bond. Hope BEBASnews.my found Article 24 of Tabung Haji Act 1995 instead of diverting issue on Haj subsidy.

The RM20 billion are assets collectively owned by poor kampong folks that used to keep their savings under pillows and mattresses for the ultimate spiritual journey to Mekah.

Do not divert the issue by claiming TH remain under justisdiction of Mujahid Yusof Rawa at PM Department because the SPV and restructuring plan came from MOF or an agency under MOF.

TH was the vision of Zeti's father, Royal Prof Ungku Aziz. Unfortunately, empathy, compassion and trustworthiness cannot be passed down through the genes. If only they remember the fate of the late Dato Alex Lee and the Lee family.

The fortune of Tun Daim's friend and son of Tun HS Lee, one of the country's forefathers and the Lee family took a downturn when, as Trustee of the Jalan Ampang Chinese temple (next to MCA building), Alex sold the temple land.

All Chinese businessmen know its bad luck to profiteer from temple, masjid and church.

Yet these Melayu had the guts to do it. Allah will laknat (scorn) on these robbers of TH, Felda, Felcra, and institutions entrusted to help the poor and needy. God's retribution on them will be everlasting last for generations. 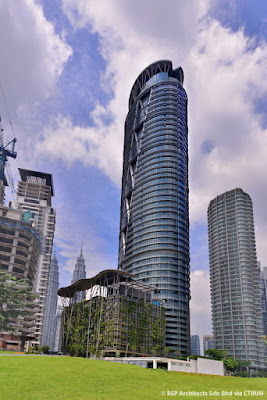 Felda and FGV have been forced to sell lands and properties. 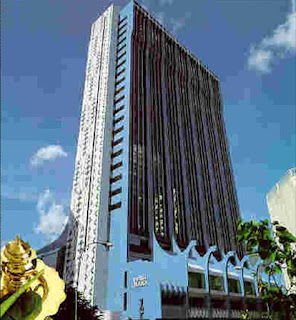 Inside sources claimed the new set of MARA Council members are tasked to dismantle its successful MRSM and education programs, and take away the assets build as long term source of money to finance Bumiputera education.

There are no immigrant race Malaysian brought in as Council member of the institution dedicated to assist the indigenous race of Malaysia.

But Chinese and Indian brought in by Tengku Mahaleel, the Chinese wife former CEO of Proton, to look into dismantling MARA. Will Majlis Raja-Raja Melayu only look and see?

In the past, it was Dato Nazmi Salleh, Tun Dr Mahathir's crony, and another Proton CEO that walked away with MARA Holding and its landbank.

Sources claimed MARA Council is controlled by Daim and he is eyeing Permodalan MARA. 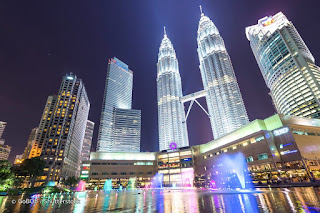 There is a long list of asset sale including the listing of Petronas via its subsidiary and Petron has expressed interest.

Is it necessary for LTAT and TH to give out dividend and Hibah under current sagging economy, stock market and commodity prices? 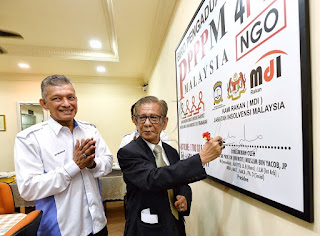 If a member of the Court of Appeal recently vent out frustration in public on the state of the judiciary, the President of Malaysian Arbitral Tribunal Establishment (MATE), Tan Sri Professor Dr Muslim Yacob at a consumer association launching vent out his disappontment with Banks recently.

The video of the KO statement also against the attitude of BNM is available in Malaysian Gazette FB here.  The few media report available here since mainstream media are too scared to report and beholden to Banks.

Muslim said Bank officers colluded to get buyers to buy at below market on the forced sale of borrowers' assets. It has been happening for decades. In Danaharta back then after the financial crisis of late 90s to early 2000, it was rampant!

Yours truly witnessed Tan Sri Azman Yahya coming out from Fig restaurant at old Hilton hotel with dubious looking character. After Azman left, a group of equally dubious looking friends was awaiting at the cigar shop to celebrate the possibility a deal they sought was agreed.

It is open secret among bankers then that Danaharta officers, particularly the top brass were taking kickbacks by force selling seized assets at below market to friendly parties for payback.

They were doing their meeting in as far away as London to escape roving eyes like at Hilton's Fig.

Danaharta wound up in 2006 and portfolio passed to Prokhas. Apparently, it could lead to moral hazard but the real reason was Danaharta rate of recouping asset was low. By establishing Prokhas, it covers their track with media bullshit like Prokhas recoup RM2.9 billion over 4 years.

The ex-Danaharta could claim later that Danaharta produced illustrous corporate talents. It was to make them highly marketable. The three Managing Directors were Azman Yahya, Dato Hamidy Hafiz and Dato Zukri Samat.

Neither Danaharta or Prokhas were not genuine operational turnaround managers with the ability to create value from loss making concern. They were just receivers and quick buck financial magician.

In the case of TH, it is textbook trick to realise any possible loss and blame previous management for them to busk in artificial glory later.

Danaharta and Prokhas people were as heartless as any crooks and bankers Prof Muslim described. With the return of NEAC, the same type of quick buck artists and kickback will return.

Even their father could be questionable as father to PM's media officer and former Prokhas officer defended current management of TH.

When you're in utang beyond your income, review all that's been said above.
Manna doesn't fall from heaven poor rich boy! Only to those who believe in flying unicorns!
If you have a recovery plan please go talk to those in charge.
Am sure you will be most welcomed besides a datukship awaiting.