In the midst of the endless political saga, it was quite a relief to hear the report former Inspector General of Police, Tan Sri Fuzi Harun quit his Chairmanship in public listed Inix Technologies Holdings Berhad on December 7 without much fuzz.

Lost in the Perak MB change and short hype by Tun Dr Mahathir and Tengku Razaleigh to railroad the budget, the issue was only relook for the latest development yesterday.

Equally shocking to Fuzi's appointment is the replacement. He was replaced by a good friend and business partner to the Sultan of Selangor, Tan Sri Syed Mohd Yusof Syed Nasir.

And, Jojo, as he is usually known, is non-chalant in promoting Inix's new venture in a glove distribution company. 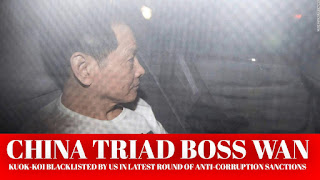 To the unfamiliar, Wan is the former head of the Macau triad 13k, whose criminal empire span over Hong Kong, Macau, Taiwan and even stretching into Europe.

Wan is no ordinary gangster in Macau. It is an open secret that Macau casinos are under the protection of underworld groups. But Wan could extort money from casinos in Macau.

The rest of his exploits is too gruesome to share. The life of Broken Tooth Koi was made into the 1998 Chinese movie, Casino which was directed by Simon Yam.

Leopards do not change skin, be they a politician with questionable history or retired gangster who served time.

The fact that there was no significant change in shareholding to Fuzi indicate the likelihood Wan remained a major shareholder through proxies perhaps. 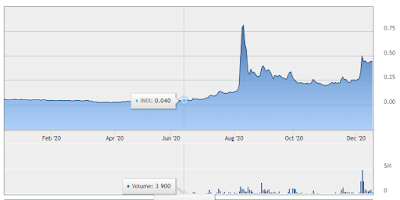 Wan joined the company in August to resolve a feud in Inix. The company share price spiked prior to his appointment. Market was a buzz by Wan's appointment as Chairman in August.

It was bewildering for an IT company to appoint a retired underworld head as chairman.

In the midst of rampant crimes involving scamming, money laundering, cytrocurrency and online gambling, it would have raised eyebrow. 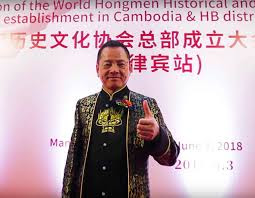 More over, Broken Tooth has not retired after leaving prison in 2012 and was still active in his vocation.

However, Malaysia Shareholders Watchdog Group (MSWG) CEO Devanesan Evanson could tell Edge Online, "As such, as long as a person is not disqualified under the laws and/or rules, the person has a right to act as a director.

"It is a general principle, a man’s past should not be used to prejudice his future. Many persons who have had a sordid past have turned over a new leaf. There are laws in place, there are rules in place and there are ‘fit and proper’ tests in place: and these should be the basis for disqualification of a director."

The market was excited over Inix despite a cash burn situation. They were telling the story of plan to acquire a glove factory and subsequently, glove distribution under Wan's chairmanship. Good for L&S glove factory owner. Its off their hands now.

There were even plan to develop Corona Covid 19 vaccine and diversify into durian industry.

However, its all rather suspicious, opportunistic and improperly planned. If the covid scare is over next year when production start, what happen to shareholders jumping in the glove craze?

Oh forgot... they are doing covid vaccine. Their story covered all bases.

Days after Fuzi resigned, it was reported on international media that Broken Tooth Koi was blacklisted by the US due to his triad activities. Fuzi may have been given the heads up by his former collegaue in the police force.

Inix shares fell 13% upon the announcement of Fuzi's resignation. 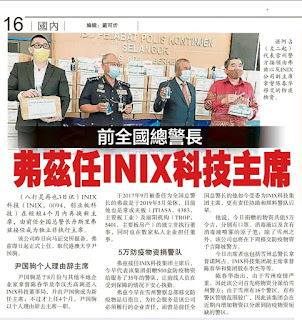 The presence of Fuzi was godsend. Inix wasted not a second to do public relation with the police to contribute to Selangor police frontliner.

In gangland language, that is infiltration for the still active Wan.

At one time, Selangor was thriving with illegal gambling activities. Operators were getting protection from local council. Failing to curb, the street talk then was police joined in.

Whether the Sungai Buloh incident involving police and street side burger seller has any truth, such activities could still be around. Currently illegal gambling has gone online and operate using servers parked abroad. 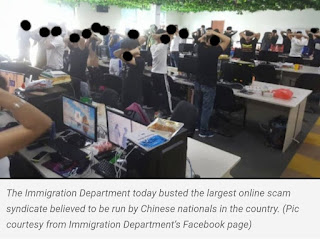 A raid late last year on an operation in Cyberjaya rounded up more than 1,000 China nationals involved in an allegedly illegal online operation.

Till today, no charges yet made be it under immigration or financial services or criminal law. In fact, a mainstream newspaper pulled out the scoop on the raid within an hour after it was published online.

It indicates the presence of foreign criminal elements from China has got their ways in the corridor of power during PH government.

Broken Tooth Koi is an international criminal syndicate operator feared by local underworld and capable of taking on local law enforcement. They pose a serious threat to national security.

Ironically, prior to appintment as Chairman of Inix, Fuzi was in the media advising his former colleague to strive to enhance the image and integrity of the force.

Thankful to Allah that Fuzi realised and acted decisively. May good man like him be in Allah's protection always.

Guess the party is over and some @$$holes got their hands burn. Its all a normal day in the stock market.

But why is Jojo, the business partner of the Sultan of Selangor in then Southern Bank and Killinghal Tin, providing these questionable and suspicious characters the shelter?

Not only it is dangerous and security threat, it would be seen as though such element have infiltrated beyond law enforcement, government and politicians.

Could Jojo be equally unaware of the danger Wan or his associate could pose to the country?

To put it simply, international syndicate criminals such as Wan pose danger to police, judges, and other local gangsters.

Company of con and thugs