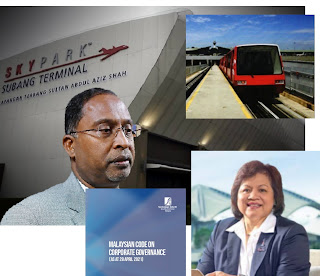 A terrible accident occurred Monday evening on the Putra-LRT Kelana Jaya - Gombak line that resulted in serious injury to 44 passengers and 200 injured.
Gruesome images of passengers in the Bombardier train with blood splattered on the floor can be found viralling in the social media.

Discussed on social media is the probable “miscommunication” error and technical “detection” problem. A rescued train manually being maneuvered back to the depot clashed butt on with another train in the midst of its automated round.
Chung Yi Fun, former Special Officer to Anthony Loke indicated it could be human error and not ruling out, systemic failure. It is still premature to tell and will have to wait for investigation to be conducted.

Putra LRT commenced since its first phase of operation in 1998. Being in operation for more than 20 years, it is not likely to be a design problem for Bombardier’s first automated system.
Nevertheless, prudent and safety concerned management and government bureaucrat will turn cautious toward Pestech Bombardier’s bid for Malaysia Airport Holding Berhad (MAHB) aerotrain tender.

The aerotrain tender came to mind because it was highlighted on the top frontpage of May 24th-30th Edge weekly.
Words heard there is a party pushing hard for Bombardier for MAHB’s Board of Directors meeting on May 28th. The same date the Board is to decide on another touchy subject of WCT proposal to develop Subang Airport.

Companies involved in the MAHB’s estimated RM400 million aerotrain tender were not happy. Tender invitation and documents were given out in July and August 2020 last year.
Come March 2021, after closing and bids submitted, MAHB made a major change. Despite extension given, bidders were unhappy and expect it should be re-tendered.
Excerpt from Jose Barrock’s article, below: 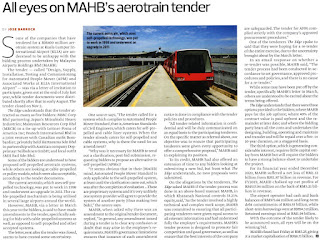 Some of the bidders are understood to have proposed self-propelled aerotrain systems, while others are looking at cable-propelled or pulley models, which were also acceptable, according to the tender documents.

The current aerotrain, which uses sell-propelled technology, was put to work in 1998 and underwent an upgrade in 2011. The cable-propelled mechanism is being utilised in several large airports around the world.

However, MAHB, via a letter in March this year to the bidders, is said to have made amendments to the tender, specifically asking for bids with cable-propelled systems as well, as opposed to self-propelled and other accepted systems.

The letter, sent after the tender was closed, seems to have created some uncertainty.

"Why was it necessary for MAHB to send out a clarification, post-bid submission requesting bidders to propose an alternative to self-propelled (APMs)? 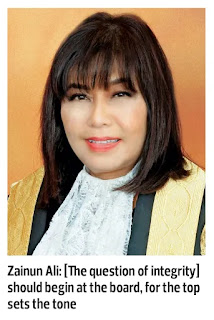 More so, MAHB had a recent Chairmanship change from a former Federal Court judge to an active politician. Tan Sri Dato Zainun Ali resigned and was replaced by former MB for Perak, Dato Dr Zambery Kadir.

While Finance Minister Tengku Zafrul Abdul Aziz was recently reported as saying that the political appointees provide “check and balance” and ensure firms operate in line with the government’s aspirations, the leadership change at MAHB has set off questions about its timing as well as the potential derailing of plans that had been put in place.


The resignation of the former Registrar of Companies Chairperson and Federal Court judge before her tenure was seen as premature.
MAHB was in the midst of finalizing few Operating Agreements that would “enable MAHB to execute a commercial development plan that is more viable and sustainable moving forward, while increasing the government’s income through a profit-sharing mechanism on the land owned by the government, but developed by MAHB.”

Riding on her legal and judicial background, Zainun was committed in strengthening the legacy of her predecessor on MAHB’s corporate governance and integrity.
At the time of her departure, she was appointed as one of four commissioners and as deputy chairman of the Enforcement Agency Integrity Commission. She also sits on the Advisory Board of the United Nations (UN) Global Judicial Integrity Network. 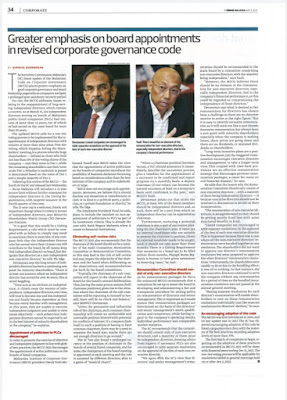 The matter of Corporate Governance relates to Edge Weekly May 3 to 9 issue on board appointments in revised corporate governance code by the Securities Commission (SC).
The latest SC’s code of governance covered the issues of independent directors’ appointment, discourage appointment of active politicians on the BODs of PLCs, and self-review by same Chairperson for BOD and Board Committee.

In relation, Zainun is believed to have issued a circular in February 2020 to limit the tenure of the Chairmanship to the Board Procurement Committee to three years. It is far more stringent than the eight years limit suggested by SC.

Other than the RM400 million aerotrain, MAHB is opening tender for a RM600 million baggage system and approximately RM200 million worth for runaways’ repairs.
Zainun saw to it as necessary for MAHB’s procurements process to, not only being done with transparency, integrity and serve the interest of the company and stakeholders, but allay any suspicion of collusion.

MAHB’s Procurement Committee has the power to decide on projects valued between RM5 to RM200 million. For larger value, it is left to BOD and higher to decide.

In any major organisation, Chairperson of Procurement Committee wields the power in directing discussion, hold sway to lean for or against certain bidders, override company management own professional assessment, conveniently shortlisting companies at will, and giving bias recommendation to the BOD for final approval.
Zalekha, Procument Chairperson 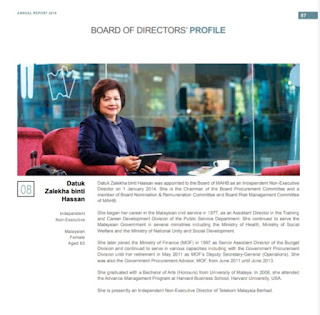 MAHB has immensely benefitted from the presence of Dato Zalekha binti Hassan as Chairperson of Board Procurement Committee
She used to hold the position of Senior Assistant Director of the Budget Division at the Ministry of Finance. As Deputy Secretary General (Operations), she was the Government Procurement Adviser. Currently she is a member of the BOD of Telekom Malaysia.

Tender process can be tricky and manipulated by hidden hands. At times, pertinent technical questions and issues that could disfavour certain preferred bidders or favour competing bidders are suppressed in tender Committee meeting.
Genuine contenders can be dismissed by bias member of the Committee using the flimsiest of reason such as rubbishing explanation as cut and paste answers.

One trick commonly used by manipulated Committee is to offer the BOD with an offer they can’t refuse. In the event of two good proposals in a shortlisting of three bids, one of the good proposals is disqualified at will thus giving the other good proposal a sure win.

In cases where price matter, the final two bids would be poles apart with the preferred bid being maneuvered to be the cheaper.

Experience is essential in making the right procurement decision. Alas, MAHB will lose the experience of Zalekha to prevent such occurences. She is supposed to be replaced after having served for more than 3 years.
A necessary price for 33.2% Khazanah-owned MAHB’s corporate governance to gain the trust and acceptance of the public as stakeholders.


Sources claimed MMC-Mitsubishi, Pestech-Bombardier, and SMH Rail were shortlisted. The Committee should be making their recommendation.

Neither MMC nor Pestech has manufacturing plant, experience in train manufacturing and maintenance, and their input is merely project management.
Mitsubishi and Bombardier are international brands, but Mitsubishi has no track record and facility in Malaysia.
Bombardier has and 20 years monopoly in spare parts, but after sales service is apparently poor. There is a legal dispute on KVDT1 and SkyPark. And now the Putra-LRT incident.

Merely known within the local rail industry, SMH Rail and also Hartasuma are local manufacturers of rolling stock and MRO providers for rail in Malaysia.
There are local participation in the bid. In view of PM Tan Sri Muhyiddin drive for circular economy, locals should be given due consideration. 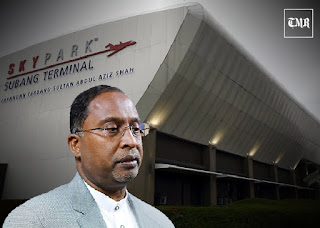 Much attention awaits the outcome of MAHB’s zoom BOD meeting on Friday May 28th.
The attention of the public and airport union will be on Zambery, who committed to say he is against the sales of Subang Airport and government liquidating equity in MAHB.

Now that it is revealed here, Zambery has not implemented the circular by Zainun to up-date the corporate governance practice of the Board Procurement Committee.
Media may wish to delve further the underlying meaning behind Tengku Zafrol’s statement that “political appointees provide “check and balance” and ensure firms operate in line with the government’s aspirations”.

Nothing against Zulekha, but this is strictly demanding accountability on politicians and corporate governance. She has to be duly replaced to enable Zambery not being perceived by the public as typical politician kowtowing to their boss.
The responsibility rest on Zambery's shoulder to prove politicians can make decisions to the best interest of the company and its stakeholders, thus not for “other” consideration.
at 5/26/2021 06:23:00 PM