No politics in vaccination program 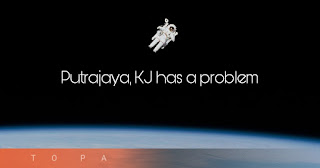 The Covid 19 vaccination has problems. It is lagging to other countries in the region. But, it is not entirely the Minister for Science, Technology and Innovation (MOSTI), Khairy Jamaluddin's fault.

He must be under tremendous pressure to deliver the national vaccination program that he lashed out at Dato Najib for harping on the slow pace vaccination and ignoring his previous explanation.

This is not the first time he had exchanges on vaccination with the former Prime Minister. Najib feel strongly for mass vaccination, but he did not take Khairy’s response any further. Maybe in another occasion.

In the social media, Khairy was told to not blame others. It was him who announced the schedule, targeted vaccination, delay, postphonement, financial limitation, etc.
One FBer angered by his response goes to the point of brushing him off as incapable of even riding a bike and blaming the fall to the JKR Director.
Pity Khairy. He was finally given a chance to prove his mantle in undertaking a significant national task.
It is under the purview of the Ministry of Health, but Tan Sri Muhyiddin gave the responsibility to Khairy. He was idling in the MOSTI inherited from Yeo Bee Yin, but split into three Ministries.

This is the first and highest responsibility of significance given to him. Being criticised by political heavyweights with arguments of not meeting up to on-record promises, it is a setback and not do justice to his political aspiration.
Khairy has surpassed the age of 40. This is not returning back to old political story of Khairy. It is merely to understand where he is coming from and appreciate his need to respond firmly to Lim Guan Eng and Anwar Ibrahim. 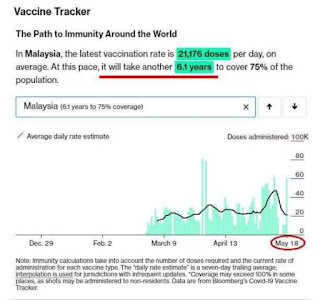 In the midst of Malaysia facing a major crisis of unprecedented preportion, politicking should be put aside and rightly too is partisanship.
Task based unity government made up of capable crisis managers that transcend partisanship should ideally be the leadership structure for crisis management. Unfortunately, its business as usual.

From where it is, the government Khairy is part of, though his political party is not part of the leading coalition, seemed heedless, losing public confidence and a #KerajaanGagal (failed government).
There is a Malay saying, seekor kerbau membawa lumpur, semuanya habis terpalit (a buffalo carrying mud, all will be dirtied). He need to come out of it unscathed.
Provocation


In the video above, Khairy did a good job to respond to allegations by Anwar and Lim Guan Eng.
The nasty one is not Anwar but Guan Eng. It is not part of the responding statement, hence provided below:
Understandably, any mortal could lose their cool with provocation to accuse one as criminal and a state to defy Federal regulation. Khairy remained relatively cool.
The only distasteful part was the political undertone as he resorted to implicate non-political characters such as Yong Chee Kong and Dato Vinod Sekhar. He should just pick on the politicians.
If Yong was a scammer, leave it to law enforcement to investigate and apparently it is in progress. While, Vinod was earnest to seek Khairy for guidance. Upon checking, he should have kept his finding outside the political exchanges.
Vaccine approval 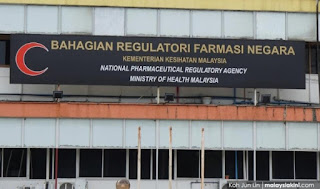 Nevertheless, Khairy gave a good explanation on the difficult process to secure the vaccine.
As one pharmaceutical executive described, National Pharmaceutical Regulatory Authority (NPRA) is strict in their evaluation and are taken seriously by industry. This is to ensure that vaccines are safe and efficacious.

Someone close to MOH said vaccine companies seeking approval has to be transparent in sharing their ingredients, and clinical results and analysis for NPRA to make their assessment.

One stumbling block to get vaccine approval is the willingness of companies to share their data.
Uncooperative companies questioned Malaysia's insistence for disclosures. Malaysia is not an international player in the global pharmaceutical industry thus brushed off as without standing and merely red tape.
Dato Zaid Ibrahim echoed the same in FMT as he questioned why emergency power not use to speed up vaccine approval and subsequentlu vaccination. The practises of NPRA is also the practises of US's FDA.
Be that as it may, Pfizer and AstraZeneca through their Malaysian offices shared the required data. Both do not appoint local agents.

In cases where vaccine producers refuse to cooperate, a source close to MOH explained that local agents would play the role to gather the required data for local authorities to make their assessment.

Khairy understand as he undergone the experience when taking over the portfolio and justified or not, got blamed within MOH circle for the order delay. 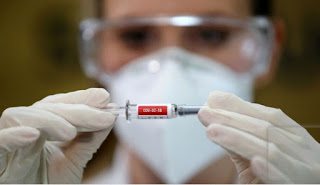 The common understanding is vaccine acquisition is done through the government. Private health providers are not involved in the Covid 19 efforts and only later are selected clinics allowed to do RT testing.
The key takeaway is Khairy's willingness to allow for state governments or foundations or private organisations to secure vaccines on their own. This should allay any allegations of monopoly, mark-ups, and kickbacks in vaccine procurement by government.
On the other hand, opening up could worsen the unsavory dealings. Too much talk going around of cronies, proxies and scammers colluding with politicians, Ministers, and government insiders involvement. Even Agong was implicated on matter refuted four months ago.
Have heard another version to Melbourne-based blogger Hussein SteadyKu's Sinopharm story, but any version can be dispelled. Sinopharm has not receive approval from NPRA. Tan Sri Noor Hisham is the Chairman of the authority giving the final approval.
Hussein is too far away to double check his sources. And, there is more to his stories and even Sarawak's claim of secured vaccines, Sinopharm or Sinovac.
There are allegations going around of local agents exhorbitantly marking up prices. It is difficult to ascertain due to non-disclosure clause preventing revealing the cost in vaccine supply agreement. Moreover, there is basis to add profit margin to the batch cost from vaccine companies.
Local agents with the plant facility are doing fill and finish or in simple parlance, bottling. This is the first step to local vaccine manufacturing capability. These companies are working on licensing or technology transfer or other arrangements to raise the local capability.

One setback for non-profit organisation and private healthcare to participate in the vaccination effort is that vaccine companies have to exhaust government request first before supplying to other entities.

If private hospitals are allowed before public health institutions, free market will dictate and it will not be fair for all. Private hospitals could afford to pay and general public denied access to vaccine.
Donors encouraged 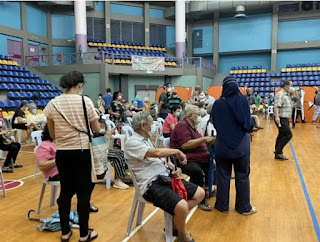 The long and short to all this is those with the means to contribute and genuine in their intention to help the people and nation in this challenging and trying times should be encouraged and assisted.
Authorities should fascilitate instead of putting up barriers and hurdle that not only hinder but discourage donors.

In the recent National Security Council (MKN) meeting, it is heard healthcare companies, and employers will be allowed to buy vaccines in order to compliment and speed up vaccination programs.

It is about time!

Till the information is confirmed, philanthropic work should be encouraged. Government need all the help it needs for sake of people and not anyone else.
For instance, it is believed that only 3% in Selangor, the worst hit and most developed state, are vaccinated. MKN had discussed to increase the pace in KL and Selangor.
Lets not even venture to speculate on the how the sourcing of currently distributed vaccines. If the talk turned out true, it is more embarassing for Perikatan Nasional government.
Put politics or partisanship aside. Hold back the brickbats and slanders from past association for the right political climate.
This is a crisis, remember. Getting out of it should be the priority. The people and nation is being dragged for too long.
at 5/22/2021 05:57:00 PM

The cost can be known. KJ can start explanaining

In simple terms:-
1) Pharmaniaga is a GLC (govt linked company) with retired politicians and high ranked ex govt servants as directors (continuous reward system for loyalty to govt ruling party)
2) china govt did not want to sell Sinovac to m’sia because china policy was to sell at cheap price to help countries but msia wanted china to markup prices on invoice so that the difference in real price and markup price can be “re-directed” to unofficial designated accounts, which china did not initially agree to do but was forced to do so at a “higher” level
3) All vaccines bought in bulk and re-packaged by Pharmaniaga in order for them to markup prices based on re-packaging fees, adminstrative fees, storage and distribution logistics fees. Pharmaniaga distributes the finished vaccines to the allocated states as per list given by K.
4) ALL vaccines bought must be bought from Pharmaniaga and NO states allowed to buy direct from the manufacturer of vaccines. Period. This means that any vaccine bought by any state or private hospital comes from Pharmaniaga.
Footnote: double jeopardy- govt buys high priced vaccine thru Pharmaniaga, pays with citizens money. Sells to states thru Pharmaniaga which the states pays again with citizens money. Private hospitals buy vaccines from state and/or pharmaniaga which charges the citizens for shots. Shots which the citizens have already paid for so citizens get screwed twice.
5) Conclusion: no matter how loud this issue is voiced, nothing will change the fact that ALL vaccines must be bought through and from Pharmaniaga, a listed money making GLC leech. Guess who is laughing all the way to bank?

Covid vaccine sites near me Thank you because you have been willing to share information with us. we will always appreciate all you have done here because I know you are very concerned with our.

I want to know why the price difference on vaccines.

If individual buys its RM 37

Only Malaysia buys it is RM 375 Where the excess funds go to. In whose pockets or hideout.


Khairi is not the same boy who was a student. He has become corrupt and forcing people to take the AstraZeneca when European Union, Indonesia, Kelantanese have suspended this virus that killd. What is KJ's motive please find out. It maybe murder?.