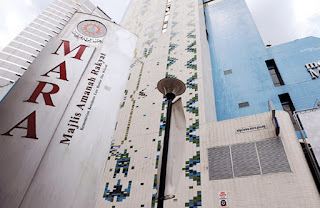 Thursday, May 6th, 2021 at Business | News
The Malaysia Reserve

14 of them had undergone mediation with Mara without reaching a settlement
A GROUP of executives, who were brought in to transform Majlis Amanah Rakyat’s (Mara) business arm and dismissed just months later, will have their case heard at the Industrial Court.

It is understood that 14 of them had undergone mediation with Mara without reaching a settlement and are now awaiting for their case to be heard before the court.

The 20 top professionals were recruited in December 2020 from outside the agency to form a subsidiary that was put in charge of all commercial undertakings of Mara, an agency under the Rural Development Ministry (KPLB).

However, internal disagreement and resistance to the outsiders contributed to their termination, less than three months on the job. They were then sent for garden leave from November last year.

In February, The Malaysian Reserve sighted the termination notice sent to some of the individuals. It was also believed that Badlisyah was also served the same notice.

“As of now, they are waiting for the Industrial Court to set the date for trial.

“The mediation took place recently and both (parties) couldn’t agree on out of court settlement,” said a source who spoke on condition of anonymity.

Badlisyah was appointed to the post in September last year, upon the endorsement by KPLB Minister Datuk Dr Abdul Latiff Ahmad.

As the CEO, Badlisyah was expected to bring in talent to enhance Mara’s sprawling business interests that were organised under Mara Corp.

Created in 2016, Mara Corp would eventually control some RM400 million worth of assets from Mara through several entities comprising high-valued sectors such as aerospace, logistics, education and retail.

Badlisyah’s recruits were contracted for at least 24 months, but were served only one-month termination notice and compensation according to a letter dated January this year.

“So, as the company did not honour this contract, the group could pursue their case in civil court,” said the source.

“But getting it resolved at Industrial Court should be cheaper.”

The source said some of the terminated professionals are not seeking legal solutions because they have found new jobs.

According to the termination notice, Badlisyah and his recruits were let go because their positions were “not budgeted nor approved” in accordance with Mara Corp’s limited authority.

It said the employment of the team was thus not sustainable in terms of their role, as well as financially.

Prior to this, Badlisyah was the former Lembaga Tabung Haji deputy group CEO and had also previously served CIMB Group Holdings Bhd as CEO of CIMB Islamic Bank Bhd.

Corporate lawyer Edwin Rajasooria said the reason cited for the termination of the group was unusual.

He said typically, contracts are terminated due to misconduct such as not following procedure, non-performance, retrenchment or redundancy.

However, he said the reasons given by Mara Corp were bizarre, including citing the company’s budget — which was not among the concern for the employees to look after.

The termination also received criticism from some professionals and corporate leaders, who questioned good governance at Mara Corp.

COMMENT: Terminating Badlisyah is one thing, but terminating the top 20 executives meant to head each business group is another.

MARA Corp could not fall back on "not budgetted nor approved" excuse. That is an internal matter. The employment agreement between MARA Corp and the executives supposed to be legally binding!

Despite gaining control of MARA Corp, the group dominating MARA Council and consequently MARA Corp still have costly resistance ahead.

In the final end, the Industrial Relation lawyers will make their money from the fees. MARA Corp could save or pay the money due to the top executives. Probably other unjustly terminated executives will want to take a crack too.

Till judgement made by the court in years to come, MARA Corp could continue to bleed from existing operational losses or most likely, due to interferences, interventions and unclear direction.

One wonders what benefit is the whole strong arm exercise to MARA Corp or in the enhancement of the Bumiputera Agenda in the original plan for MARA Corp.

What benefit it is to the controlling group. For alif ba ta, pleazzzz ...

MARA Corp saga continues. And as the past, MARA means ...money always run away.