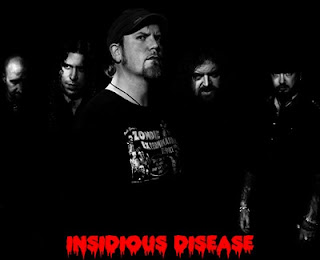 This news portal is better known for its spin tactics and telling of half truths which is worst than a lie. Despite being amongst the first in churning out free stories, readers have to take in the news reports with a pinch of salt or hold back until the contents are verified by other news sources.

So much for professionalism, integrity and fair reporting. The only thing holding back The Malaysian Insider is themselves.

They have been caught red-handed on numerous occasions misrepresenting the facts, maliciously misquoting and casting stories on issues of politics, race and religion in a way that serves an insidious purpose. Read "The Insidious Insider" here on Malaysia Today.

Keeping impartiality is of course a foregone conclusion when even their executive editor takes sides in the political fray. Read "Leslie bends over backward for Khairy" on Malaysia Today here.

And recently, this online spin portal was back to its dirty tricks by substituting the words ‘Mengambil Kembali’ for ‘Rampas’ in their latest piece on Mukhriz Mahathir’s latest statement on the rumoured dissolution of Kedah state assembly.

This was following murmurs of severe discontent within the Pakatan Rakyat state government and indeed Mukhriz’s take on the fluid national political scenario. No other news source used the word ‘Rampas’.

In their desperation to spin precludes the fact that in the context of the headline and indeed the entire report, the word ‘Rampas’ and ‘Bermaruah’ is spitefully oxymoronic.

The piece I mean.

And perhaps the most telling sign of a spin doctored piece is the absence of credit to the reporter. When you know you’ve done something wrong, whose going to lend their name to it?

Malaysia DJ Blogger is the master spinner and biadap.

Salam, I think MI like many online news portal will always spin the news to gain attention, but sometimes they do give some space to articles which are quite neutral without the usual spin like this one By Zaidel Baharuddin - Discrimination in the Private Sector..read here:
http://www.themalaysianinsider.com/opinion/article/discrimination-in-the-private-sector/

I agree that its a good opinion piece on a subject that many politicians from both sides would shy away from discussing, but should be read by all concerned Malaysians where he describes discriminatory employment practice in both the civil service and the private sector. There is even a proposal how to resolve this longstanding issue.

My take is we can solve a lot of this discriminatory issues if we have a one school system..Satu Sekolah Untuk Semua. TQ.

Thats Kalimullah's Malaysian Insider for you. I wonder why we are still allowing free movement for the Mullah. I seriously think he should be in jail. I'm sure everyone knows why? We could start with Pos Malaysia and follow the links.

It should be called Malaysian Insidious.

Not only its journalism sucks it has got bewildering array of 'I' columnists that make Michael Moore cringe that he should have taken up creative writing instead of gutter journalism.

It has actually become my favourite spin factory not because I think they are any good at spinning but the sheer foolishness of thinking that most Malaysians are so easily blinkered and can't tell the difference between yellow journalism and responsible reporting.

If they want to compete for readership, they should at least be honest and should openly declare which side of the fence they are on.