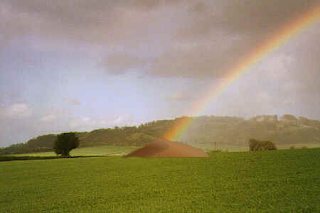 Most people have never met or seen ghost but many believe ghost exist as a powerful supernatural being. But such supernatural being can only be powerful if one is afraid and believe that beings from different mediums can exist and exert devastating powers in our environment.

Not only has the supernatural being made his writing cryptic, royalist Big Dog was suddenly writing about economic slavery. Earlier in his January 6th, posting, "Leading the laden", he touched on the subject of feudalism, neo-feudalism.

All these in the midst of our battle against those unproductive and destructive young neo-liberals creeping into Johor Corporation?

"Serving the neo-economic masters" tie in with two pieces written in this blog on Johor in January; one entitled Did KPRJ's Johar Salim opposed MACC investigation on IIB and another Meow meow for Big Cat ... still on Johor.

By the way Big Cat, having vent out our 15 years of frustration, we are alright. Rather than Khaled Nordin or Razali Ibrahim or Osman Sapian, Gani is a far better choice of MB. 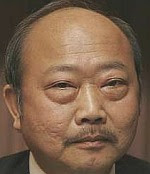 The focus of Big Dog's latest posting is Dato Lim Kang Hoo and his phenomenal business plan and expansion.

It traces back to a company written before in this blog, Tebrau Teguh Berhad (TTB).

Lim Kam Hoo is the owner and Executive Chairman of Ekovest Bhd. He had used his Danga Bay projects to be injected into TTB to increase his equity holding and be a more strategic player in the state-company, KPRJ and the Johor property game.

The southern Johor 'property belt' of JB-Iskandar Malaysia stretches 'East-West' from Tanjung Langsat/Pasir Gudang in the east all the way to Tanjung Pelepas in the west province and to include Johor Baru Central Business District (CBD).

JB 'CBD revitalisation' is a program where the Johor State Government plan to consolidate all state goverment's land parcels under into a single basket.

Although it is a state project, it has alerted Lim Kang Hoo's radar. For this, he proposed Knusford Berhad to be the proposed vehicle for the exercise. Lim Kang Hoo happens to be the Executive Director of Knusford.

Part of the gameplan is to flip some of the land parcels consolidated under TTB, to Singaporean property developers such as Peter Lim with Knusford having temporary and intermediary presence to justify the 'fee'.

There is already a precedent project as in the TNB land in Stulang Laut, which was recently flipped to Peter Lim with Lim Kang Hoo playing the role of 'middle-man.' Read Rocky Bru's posting dated November 11th here that first break all these ghost stories.

Lim Kang Hoo had involvement with MRCB in the JB Eastern Dispersal Link which passed the doorsteps of a certain ghostly address. That gave the opportunity for the occupant to know Dato' Zaki Zahid closer. 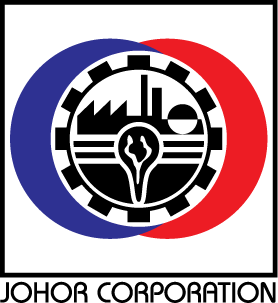 Lim Kang Ho convinced the ghost to request the appointment of Zaki Zahid into JCorp, via Damansara Realty and Kulim. His presence will help them because part of the strategic parcels of land owned by JCorp Group is in JB CBD.

Zaki is the Tingkat 4 supremo of Tun Dol administration day that hides behind his neo-liberal ideology to justify wrecking and plundering of the national economic infrastructure build over many decades since independence.

He is one character that has neither the guilt nor remorse to obligingly help inject those JCorp lands into TTB and/or Knusford, before eventually flipping it to investors. It will mostly be Singaporeans, again.

Zaki has no qualms selling Johor asset to Singaporeans because it was him and Dato Dr Vincent Lim (now with ISIS) that actually conceived the monstrous SJER, later WPI and finally Iskandar which will see Singaporean landgrab under the name of development of South Johor.

Soon, South Johor will the killing field for the big game of corporate exercises.

Any stock punters looking for a tip can look at Tebrau Teguh and Knusford. These counters neither need to raise capital, nor invest and maintain any business, but are money churner by being intermediary PLC to flip properties to Singaporeans.

Make money and run. Do not expect handsome dividends or stock bonuses or splits. The company could be making money, lots of money but it might conveniently sip out, perhaps bypassing the rules of the Bursa, Registrar of Companies and Income Tax Department, to satisfy some ghastly greed.

Many should wonder how come Lim Kang Hoo could pursue such massive and unobstructed plundering without others' complain or competitive presence?

It seems all the leads points to the sands at the end of the rainbow. Somewhere over the rainbow ...

It seems all the leads points to the sands at the end of the rainbow.

let me translate that:

Would you be surprised if "Ghost of Johor" ask a road be named after Lim Kang Hoo?

If he could get Grandpa's name struck off....

Another thing, since he is the one who brought in Zaki "Architect of IDR" Zahid into Kulim/JCorp, would it also surprise you that JCorp 'injects' all these high value properties, Kotaraya-Puteri Pacific-Persada-Ansar-Komtar and other JCorp's jewels into the TTB/Knusford scheme of plan?

Remember, when properties are flipped, there are ppl making money all the way!

These are the prize of having the 'spirit'. May the Force be with you (Johoreans).......

Humpty Dumpty sits on the wall
Humpty Dumpty could never fall?
All the king's horses and and all the kingsmen
Would run helter skelter if the gomen
... you all fill in the rest, cos me no komen

Whatever it is, this stupid Iskandar project will all eventually be controlled by Singaporeans...

Citing from ABITW, "Knusford business is modelled to emulate the likes of Gamuda, Killinghall and Antah."

and from your comments,

Today Tebrau teguh shares suspended pending announcement. Maybe they want to announce new owner i.e Dato Lim after KPRJ happily sold to him at cheap price. Even though kprj has not need for cash, they still proceed to sell anyway... At the buyer price so more! Talk about pulling a fast one before PRU13 changes the MB. And the winner is...... LKH.